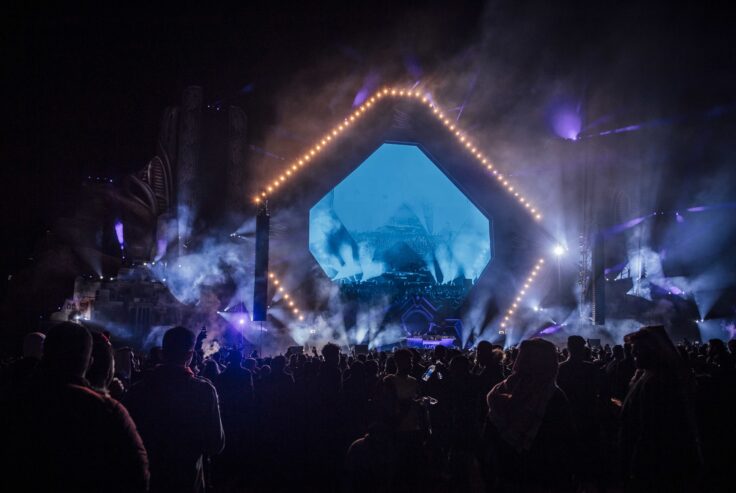 MDL Beast Kicks Off with a Star-Studded Lineup

All eyes on Saudi

Early this month, we saw Anthony Joshua and Andy Ruiz Jr. take the stage for a boxing fight in Riyadh. This weekend, the Saudi city is flip turned into a massive music festival. The event is the first of its kind in Saudi Arabia, a nation where just two years ago cinema was banned and women couldn’t drive. One attendee said ‘This is our Berlin wall”.

The music festival, entitled MDL Beast, is a three-day event.

Just a few years ago, any music festival was beyond the realm of imagination in Saudi Arabia, let alone of this calibre. International superstar J. Balvin is amongst the performers. So is Rick Ross and Korean DJ Peggy Gou.

Other attendees are shocked to bear witness to such an event, with another attendee taken aback by the suddenness of it all “I feel weird about it,” she said.

The festival attracted over 130,000 attendees on its first day. Saudi-born Palestinian twin DJs Simi Haze kicked things off, taking the main stage to an audience of 45,000 people. Among them were some of the world’s biggest names. American singer Austin Mahone broadcasted the event live for his 10M+ Instagram followers, some of the world’s biggest supermodels are also amongst the attendees including Dutch-Egyptian model Imaan Hamman and the Somali-American Halima Aden, as well as Swedish model Elsa Hosk, and the Brazilian Isabeli Fontana.

Leaving their home base of Los Angeles, YouTubers Twan Kuyper, Neels Visser, and Grownish actor Luka Sabbat, known for his bold looks and friendship with the Kardashian also made their way from Los Angeles to the Saudi capital to attend MDL Beast.

“We are so proud of what we have been able to do here today and that we can showcase Saudi Arabia’s potential for more large-scale events like this in the future. MDL Beast will create a new, unique genre of international festivals going forwards,” said Josh Rash, the festival’s creative director.