Dana Boulos has captured everyone from Lily Rose Depp to Soko

Dana Boulos—the half Lebanese, half Sudanese director—thanks her strict Middle Eastern upbringing for her rebellious aesthetic. Although she maintains that she was a good girl growing up, her flourishing fantasies of nonconformity have in essence contributed to the characters she has sculpted throughout her work.

Having initially started out as a photographer within Petra Collins’ The Ardorous art collective, Dana’s work has frequently evoked a strong sense of femininity set against dreamy imagery and subversive subtext. Last fall she collaborated with Milk Makeup on a short film titled Crimson Rose—a quirky sinister film about a girl trying to get ahea—and has since maintained this unrestrained wild girl aesthetic in her portraits of everyone from Soko to Lily Rose Depp. 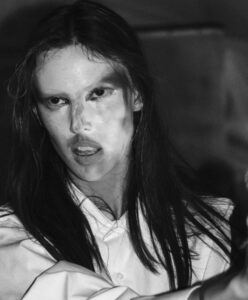 We caught up with Dana—who’s currently zigzagging between London and Paris—to get some quick Intel on her upcoming feature film and bag line.

You’re pretty international. Where are you living at the moment?

I’m half Lebanese and Sudanese but I was Born in L.A. and raised in the U.K. I ended up moving back to L.A. when I was 11-years-old and have been here ever since. 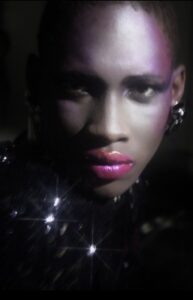 How would you describe your upbringing?

I grew up with a middle eastern background. I was pretty sheltered and had overprotective parents who let me be an artist at such a young age. I was lucky to have such understanding parents. 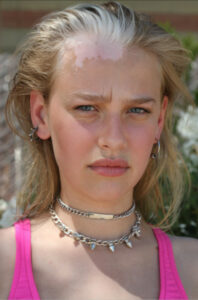 Has it inspired your work?

Definitely! In my films I tend to make the main character break the rules, which is something I never did when I was younger. 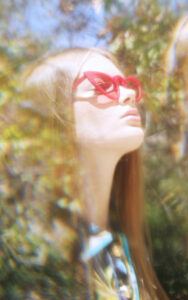 What are some themes you explore with your work?

Currently been inspired by shapes and colours as well as arguments.

What projects are you working on at the moment? 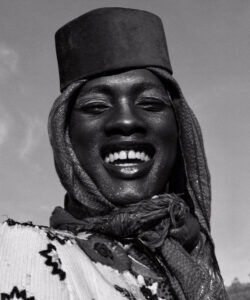 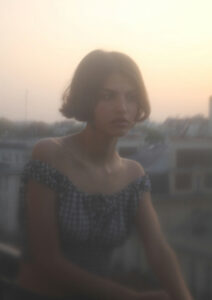 Who has been the coolest person you have worked with?

Everyone I have worked with has been so incredibly trustful with letting me create. I’m just grateful to be doing what I love.