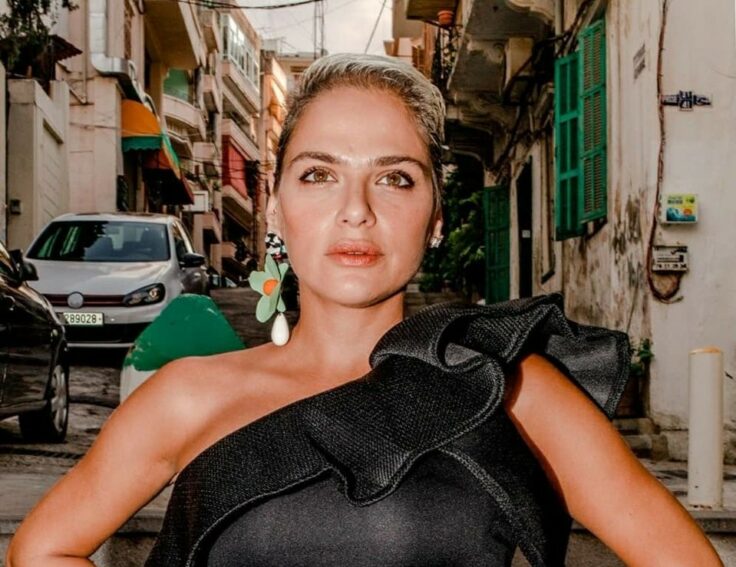 Safety For Safe Keepers is the exhibition you need to see

Small as it may be, Lebanon has survived a series of dark chapters. From a 15-year-long civil war, its corrupt political class, to the tragic August 4 explosion this year, Lebanese citizens have always been known for their resilience.

But resilience is a finite resource, and the nation is ready to break the cycle and bring in real change.

Women in particular are moving far beyond the notion, taking matters into their own hands to create tangible changes– all in spite of a government that has provided them with no sense of safety.

Instead, they’ve created a sense of safety of their own, all whilst fighting the good fight. A new exhibition and campaign by Abaad, an anti-gender-based violence organization, is highlighting exactly that, and the female figures behind the women-led movements taking shape across Lebanon.

Titled ‘Safety For Safekeepers’, the organization teamed up with photographer Myriam Boulos to launch the campaign, putting female activists, healthcare workers, businesswomen, and refugees in the spotlight.

“We’re telling the stories of 16 remarkable women whose selfless strength protected those around them in a country that has never guaranteed their safety,” reads their website.

Boulos went on to shoot the women in their native country. With each photo comes a story, showcasing the figures behind Lebanon’s most impactful initiatives and recounting the realities of what it means to be a woman in Lebanon today.

Among the women is Lina Boubes, a 60-year-old mother who committed her life to social justice.

“Her presence in various movements has inspired, empowered and even protected those around her. Lina defines through her spirit the vision of a safer Lebanon and leads others toward it by her example,” reads Boubes’s story.

Boulos also photographed Nurse Pamela Zeinoun, who searched through rubble for three newborns who were under her care at a hospital that was destroyed by the August 4th blast. Zeinoun carried them to the nearest hospital, which was 5 kilometers away.

“Siham is a pillar in the Mar Mikhael community and a survivor of some of the darkest chapters in Lebanese history including the civil war”, wrote Boulos on another one of her subjects.

“[She] lost everything in an instant, on the eve of the August 4th explosion. Her home, her only safe place and her shop, her only source of livelihood and financial security. The next day, she rolled up her arms, dried her tears, and opened her shattered shop.”

Alongside Boulos’s photography, Abaad teamed up with artist Remie Akl to bring awareness to the gender-based violence that these women, among all around the world, face. The poet and singer unveiled a new video, entitled ‘Baklawa Got Legs’.

The Lebanese artist kicks it off by saying: “In our Lebanese-Arab streets and patriarchal system, women are nicknamed ‘baklava’. baklava by definition is a type of Arab sweet. Made from: puff pastry, butter, sugar, walnuts, almonds, among other things.”

“So, how does it happen? A girl, a lady, a woman, (because there’s a difference between them), passes by a car driven by a guy who tells her: ‘So I see baklava can walk on two feet now?’ To make a long story short, this baklava that you talk about, that sweetens your life, is terrified of you day and night. Because you are a threat.”

See more of the digital photo exhibition at abaad-aman.com 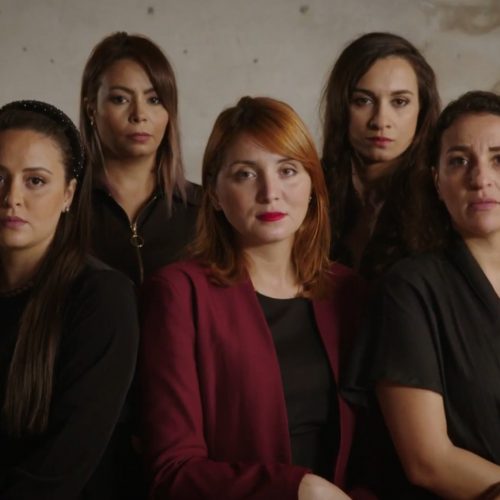 Women Are Standing Up Against Gender-Based Violence in The Region