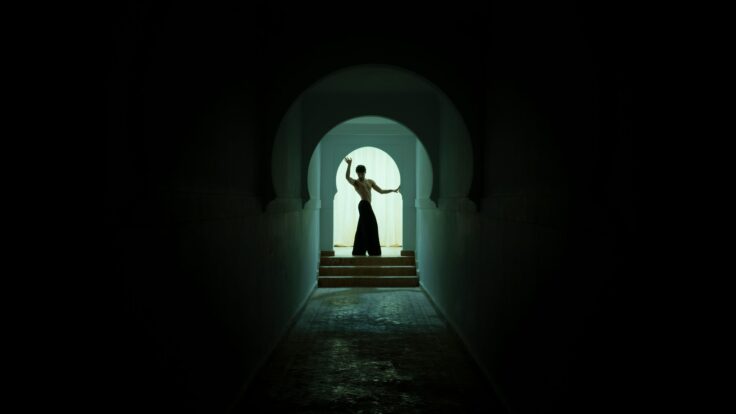 His latest single ‘Walo’ is captivating

Rooted between three different continents, Moroccan-born French-Canadian singer Mehdi Bahmad has never shied away from putting his identity front and centre. His latest project does just that—this time putting the spotlight on the darija dialect.

Bahmad just released an Arabic rendition of his intimate lullaby Rien, serving as an ultimate first. In the track, the singer pays tribute to his North African heritage using pop-electro keys to give a silky and harmonious tone to the Darija variation of the song.

“The idea to make this version was so evident and natural. It is also the first artwork I made in Morocco and this was during the pandemic. Even if writing in darija seemed quite frightening at first, everything was leading me into doing so.”

Challenging most preconceptions associated with being an Arab male in the region, the androgynous singer unapologetically borrows several elements and references from his multicultural background to craft a fashionable and fitting set of stanzas, leaving a melodic mark that many of us listeners have yet to have heard from a Maghrebi artist so far.

Making him one of the up-and-coming artists to make sure to follow, ‘Walo’ (والو) personifies Mehdi’s will to write and deliver more of his creative juice in both of his mother-tongues namely French and Moroccan Arabic.

Can it be translated into ‘nothing’ in English, the song really has it all. From an alternative cover to a sizzling warm voice, the eclectic composer leads us through his compromising mind torn between his own personal challenges and endeavours sorrowing over what it really means to simply have.

“It can sound a bit cliché, but real wealth cannot be quantified as it is intangible. In a world where we assess one’s value based on what he owns we can sometimes feel like we possess nothing or are not worth anything. But in the end, what’s worth more, water or gold?”

Following the success of his single ‘Sukkar’ and debut EP ‘Khôl’, Mehdi Bahmad’s multi-sensory approach to music might seem minimalistically simple at first sight but is also seductive in its essence and full of impact and authenticity. Sober yet captivating at the same time, ‘Walo’ is a refreshing gender-bending taster of the young singer’s universe that we’re only craving to see more of in the near future.