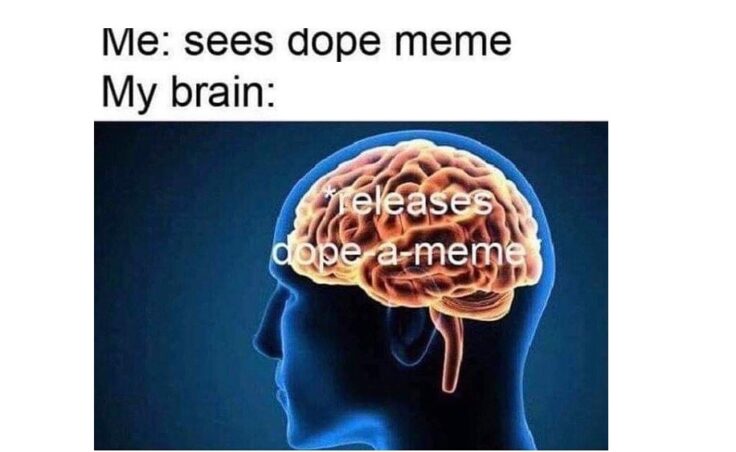 Memes Now Have Their Own Biennale

2020 literally can’t get any weirder

When Megan Thee Stallion rose to fame in 2019, the summer that followed was officially declared ‘Hot Girl Summer’ and an onslaught of memes took over our feed, redefining the entire season. That’s just one example. For years now, memes have become a pillar of the internet.

In fact, they’re cultural-definers at this point. It was only a matter of time before their significance was truly recognized. It’s finally happening. Memes are getting a whole biennale.

Aptly entitled ‘Memennial’, the inaugural edition which was founded by Dallas-based artist Anam Bahlam, the event will include meme screenings, shows of physical artworks, as well as online exhibitions.

“A meme makes you laugh and gives you breath and gives you life,” Bahlam told Artnet News. “Memes are free and authorless and make me think about society a little differently. So, I wanted to honor these aesthetic creators.”

Meme creators @jonomilo, @namaste.at.home.dad and @saqmemes were announced as the initial participants chosen by Bahlam and co-curator Soomi Han. These accounts have their unique DNA in creating memes, from @jonomilo’s social justice and political voice to @namaste.at.home.dad’s full text memes.

The curator duo also launched an open call for all meme enthusiasts to submit their work for a chance to be showcased in the exhibition. Memes, digital Art, object-based art referencing memes or even writings about memes are all accepted.

And humour is always at the centre of meme culture, Bahlam had another message behind the bienniale. “Memes move elections. Memes move revolutions. Memes move consciousness. Memes move laughter out of our dark cavernous guts,” was declared on Memennial’s website.

We all remember how Donald Trump and Hillary Clinton tried to use memes to swing votes in their favor during the 2016 American presidential election. You might also recall, most recently , that memes were used to bring awareness to social justice and police brutality following the Black Lives Matter movement.

“They serve as a coping mechanism during the first global pandemic in our lifetimes. They subvert discourse faster than any other medium. They create society”.

Indeed, memes hold a mirror to our social and cultural realities and are able to build opinion-shifting conversations. Since the covid-19 outbreak, relatable quarantine memes became one of our coping mechanisms during lockdown and helped create a sense of collective unity. Whether by calling out certain unwanted behaviours or mindsets in society or celebrating moments of global rejoice as was the case with the latest US election memes celebrating Trump’s loss, the power of memes is unquestionable.