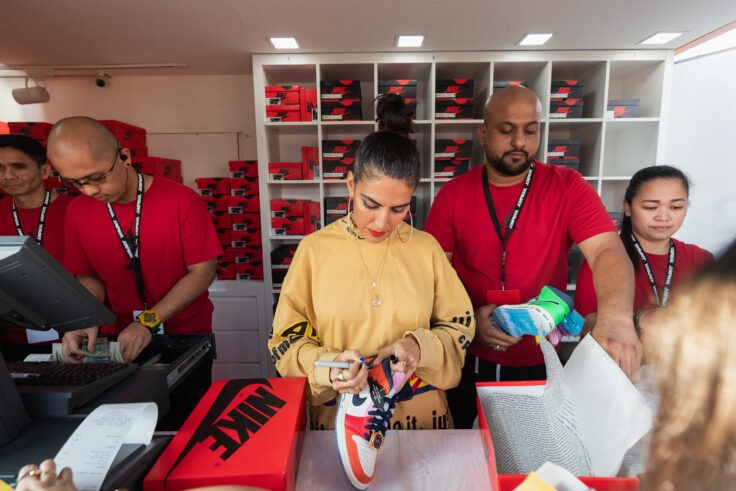 Most 90s kids will remember Baby Phat and Sean Jean. And although the two powerhouse brands faded off and became a distant memory – one brand has continued to thrive: Melody Ehsani.

The jewellery brand founded by the namesake Iranian designer became every teenagers dream, and she’s now also one of the first women to design a pair of Jordan’s.

The shoes are part of the brand’s ‘Fearless Ones’ holiday collection, which was just showcased at Sole DXB in Dubai. With text on the sole that reads ‘If you knew what you had was rare, you would never waste it’, Ehsani’s designs are distinctive to say the least. And one of the most stand-out features is the removable gold watch which is set to 2:30 that serves as a subtle nod to basketball icon Michael Jordan himself.

“[Michael] Jordan was such an iconic thing in the soundtrack of my life. It’s like a full circle moment,” Ehsani says,  reflecting on her latest collaboration.

“I had all these dreams and I feel like slowly I get to check them off,” she continues, almost in awe of where her career has taken her. “They’re dreams I didn’t even know I had, but they’ve sort of unfolded.” 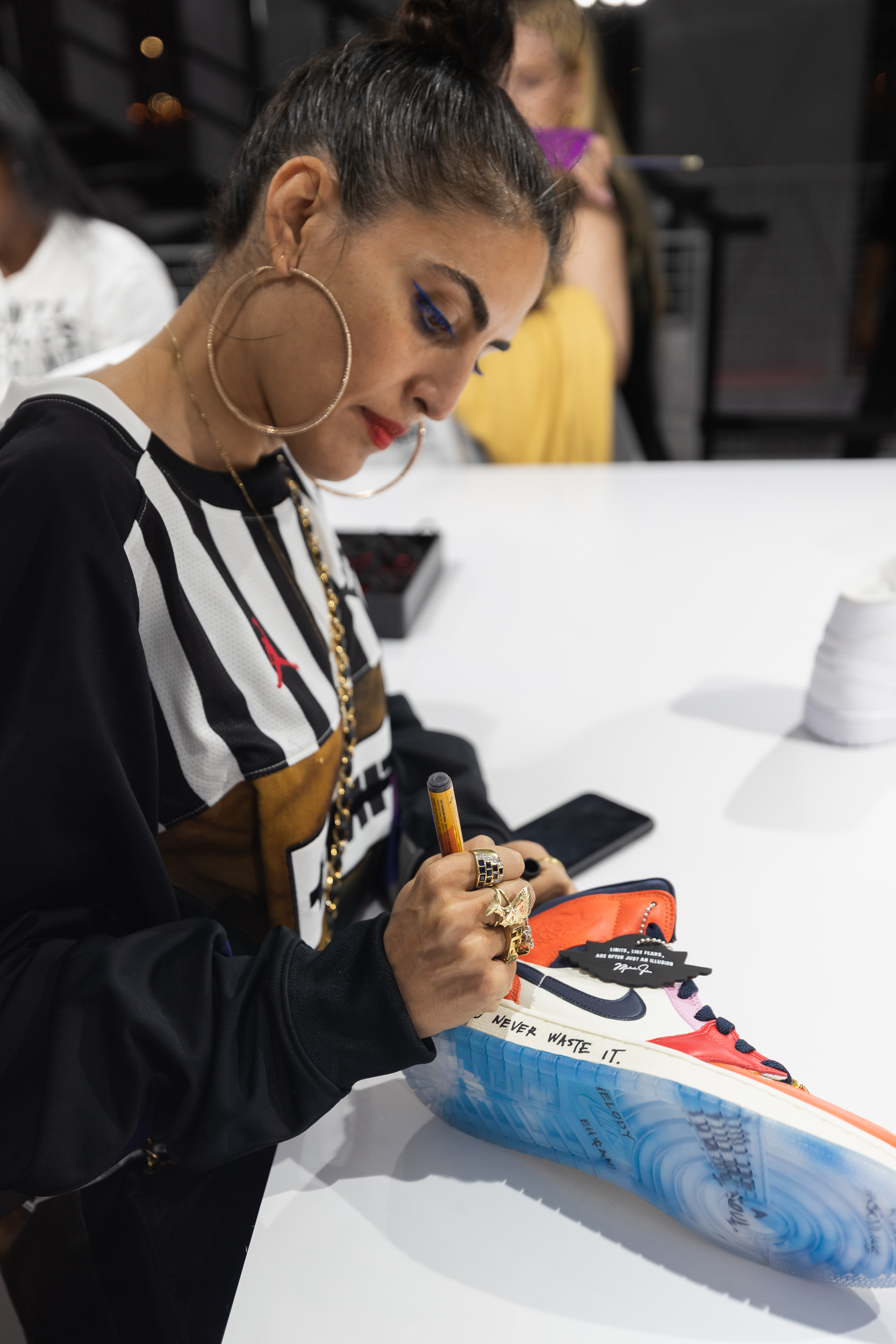 Her self-veneration is justified. Ehsani, who is based in Los Angeles, hails from a traditional Iranian family. Like many people from her background, her path as a designer only came to be after a stint in law school. “Culturally we’re raised to think that we have to have these very linear jobs, we can’t do this kind of thing,” she explains.

Her parents, like many of ours, were unhappy when she went against the grain. According to Ehsani, her mother thought her taking on design as a career path was a symptom of depression. Then, she thought it to be a phase, or a hobby.

“When she realized it wasn’t, it became really important for her to try to marry me off,” Melody recalls. Like many of us, the path to acceptance wasn’t easy for Ehsani. “It really effected our relationship for years on end.” And it’s a never-ending journey. “To this day, my uncle still cuts out job listings in the newspaper. Because he doesn’t understand the concept of me having my own business. At least now he acknowledges I’m doing design, so he cuts out design jobs,” Ehsani adds.

When asked what advice she’d give to a young Middle Eastern woman going against tradition, Ehsani was quick to respond: “I think the most important thing is to develop an education of yourself,” she says. “ I did it through meditation, and things that allowed me to not depend on anyone else seeing me, and finding the people that supported that.”