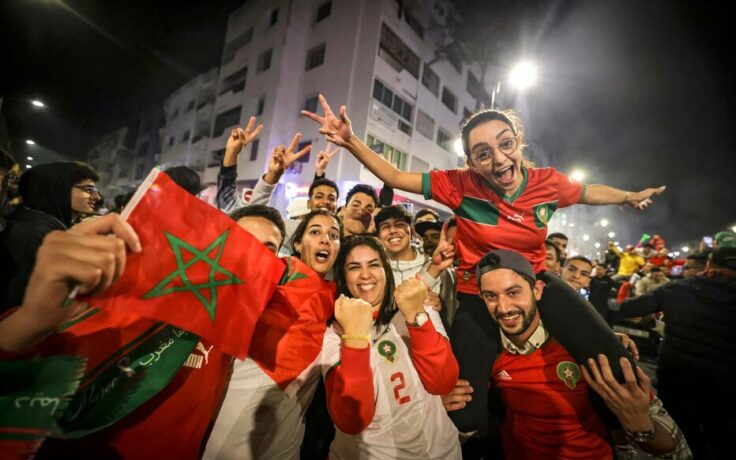 What a month it’s been for supporters of Morocco. Since the 2022 Qatar World Cup kicked off in Doha on Nov. 20, the Atlas Lions made history, step by step, by becoming the first African and Arab team to ever make it to the semi-finals of the international football competition.

Luckily enough, MILLE happened to be invited by La Maison de L’Artisan to cruise through the North African nation and meet the precious artisans that make up the country as part of the 7th edition of the National Handicrafts Week. Coincidentally, it also happened to be the same week that the Kingdom’s national football team successively knocked out Spain before putting a final full stop to Cristiano Ronaldo’s last stint in the quadrennial football competition with his native Portugal, to advance like none of its peers have before. Here’s everything that went down:

Earlier in the week, against all odds, Morocco went past the tournament’s round of 16, becoming the fourth African team to ever reach the knockout stage after Cameroon in 1990, Senegal in 2002, and Ghana in 2010. In Marrakech, for the historic moment, Jamaa El Fna flared up and turned the same tint of red as the one that coats most walls and houses around town. I guess it’s called Marrakech the Red for a reason (مراكش الحمرة).

In complete disbelief, most of us could barely wrap our heads around the fact that we beat another one of the sports’ big boys — without conceding! We drew to the finalists of the 2018 World Cup Croatia, beat number two FIFA-ranked Belgium, and now, after a tense 90-minutes, sent the Spanish home on the first flight back to Madrid, advancing to a level in the competition that only very few nations have ever managed to in the past.

To be completely honest, like many others that day, I cried because of a nerve-wracking penalty shootout that put us past one of our former colonizing powers, Achraf Hakimi, our precious protégé, sealing the deal with a cheeky chip only the greatest to have braced the game managed in these kinds of settings, finally putting Morocco on the map and aside some of the most respected teams ever.

Reality became madder than any fiction you could think of for the time of the night, although Portugal put six past Switzerland and officially became our next contenders. But that was a tomorrow problem, as that evening until the early morning, the whole Kingdom was jumping, exalting, and happy to finally see people that looked like them topple the patronizing teams that usually thought very little of us.

“It’s crazy to think that the whole of our lives we used to look up to players who are now being threatened and kicked out by our own homeboys — most of which come from nothing, like us… It sends such a strong message to Moroccans, actually scrap that, to the whole continent! It’s empowering and shows that nothing is impossible at all,” said a friend of mine in the car on our way to Rabat. Because yes, I was supposed to fly back to Beirut the following morning, but given the quick turn of events, I obviously postponed my flight and made my way to the King’s own backyard, the capital city, Rabat, to hopefully witness history being written live.

It’s now Saturday, around mid-day, and all bars, cafés, and big screens around town are full and have been for the past five hours already. Streets are empty and one question is lingering on everyone’s mind: Will we manage to pull it off again? This time against the ultimate G.O.A.T, namely Ronaldo, in what appears to be his last lap in the global footballing circuit. The boys and I are unable to find anything that even remotely resembles a chair, and therefore decide to retreat and head back home, to make sure to not miss a single second of the first quarter-finals game an Arab side has ever played.

At half time, everyone was on edge, unable to speak or smile at that little goal that gave us the advantage. I had never seen so many dua’as made at once— we were all confident of the team’s skills, but asking for God’s help surely wasn’t going to hurt anyone. 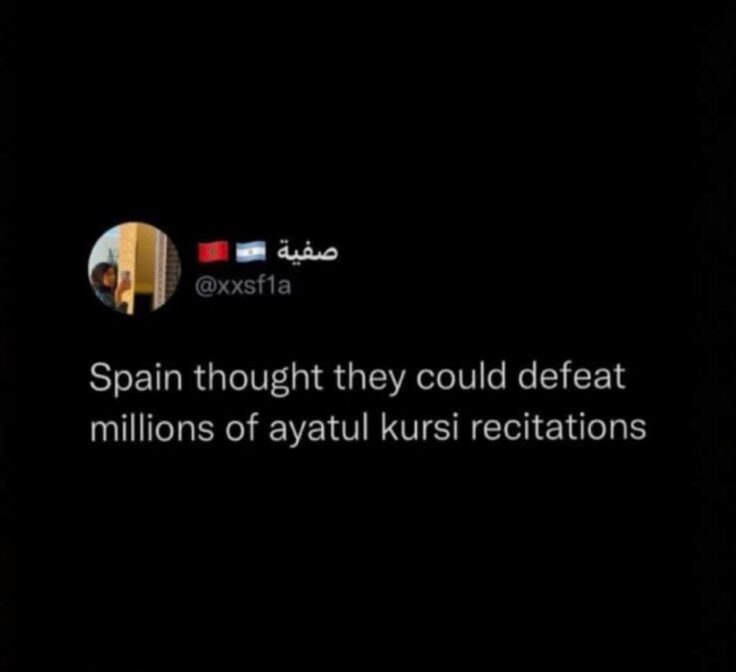 Fast forward 90-minutes-later, and we bagged the win, sending CR7 down the tunnel crying in disbelief that an L against Morocco was going to be his last ever World Cup game as a player in his international career. On our side, we were crying (again) of happiness because this time we pushed our narrative even further, becoming the first African and Arab team to make it to the competition’s semi-finals. That early goal in the first half set us good, and made the city, much like the rest of the Kingdom, explod and burst by the time the final whistle was blown.

Rabat’s main streets were packed. Avenues were full and the parliament’s street crowded with supporters that had made their way from all corners of the capital to cheer and show how proud we are of the boys, a group of kids that blew life back into the country, erasing years of disappointment on the international football stage with good vibes, unparalleled confidence, incredible humbleness, and the support of a whole region.

Everyone I know around here, including myself, got a message from someone around the world, a member from our foreign family from the global south, claiming their love for our country, explaining how they see themselves and relate to Morocco’s success although they’ve probably never stepped foot here. And, if let’s say we don’t end up lifting the much sought after trophy, those digital letters themselves are already a win alone.

In the following days, the fact Morocco made it to the semis still felt quite unreal. Waking up to Morocco-centered content, memes, and videos, wishes from fans around the world, or even just seeing the Kingdom part of the final four left in the 2022 Qatar World Cup has been insane. Conversations on the streets have been repetitive, always looking at new aspects of the win, how much it means, and the pride it has distilled in us. On a realer note though, the stress has been eating people up. Whether we’rein a taxi, at the supermarket, or just listening to the radio, the only thing we can think of is how we’ll do in our next game.

We’re about to play our longtime nemeses, France, in a handful of hours from now, and regardless of the outcome, what has been achieved so far will be recorded in the heart, minds, and history books of many around the world. Finally paving the way for new ways of dynamics for the once-considered underdogs in international competitions, whatever the outcome, what we’ve all seen and witnessed this past few weeks will never be forgotten and instead harnessed in any discipline one can think of, proving that really, only the sky is the limit.