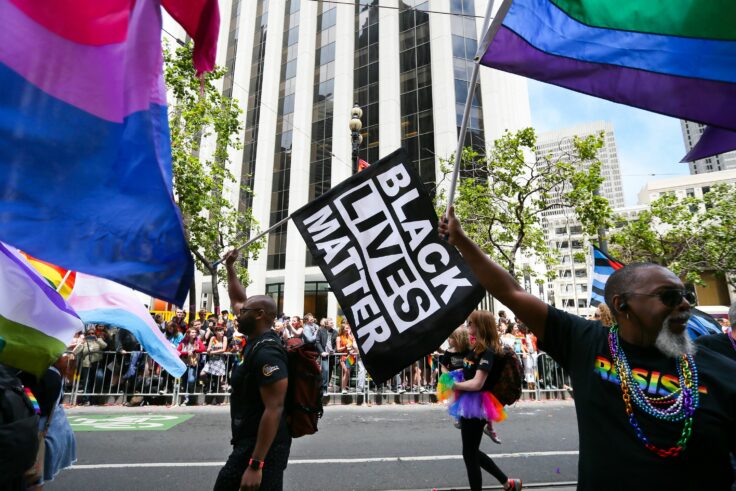 Since 2018, Nassawiyat has been fighting against violence and discrimination towards identity and sexual orientation in Morocco’s marginalized communities.

And now, in the wake of the current uprising, the feminist organization has rallied up to express their solidarity with the Black Lives Matter movement.

“Following the killing of yet another black person in the US and in light of the continuing police violence against black communities and people, Nassawiyat, as an intersectional feminist and queer group states its support to black people from every origin and nationality,” reads their statement.

“Racism exists everywhere,” they continue, “including in Morocco. What can we do to fight it?”

Inspired by the viral infographic created by Mafazal Al Suwaidan and Rana Abdelhamid, which dissected racism in the Arab world, Nassawiyat took it upon themselves to localize information regarding racism in Morocco.

“[This is] what we can do to support black Moroccans,” reads the post, where they then go on to list the ways in which non-black Moroccans can become anti-racist. Addressing the history of slavery in Morocco, Nassawiyat details the prevalence of anti-blackness and white privilege as well as the importance of having conversations with family and friends regarding the matter, and of course, the Morocco-specific language that is anti-black.

The organization has made it clear that intersectionality is imperative—citing Black trans women’s fight against police violence in America as the catalyst for queer liberation movements worldwide.

Details on how to join Nassawiyat on their mission here.