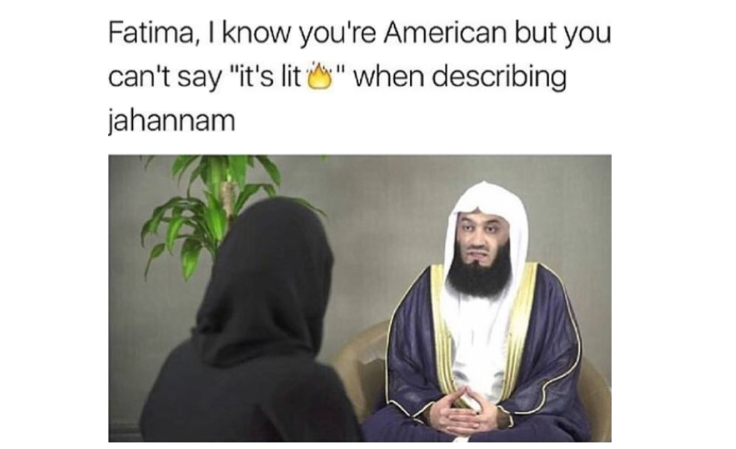 Why Have Gen Z Made Mufti Menk Their Unlikely Hero?

The Muslim cleric is officially big on TikTok

If you’ve spent any time on ‘Muslim Twitter’, you’ve probably come across Mufti Menk. The 44-year-old Muslim cleric now counts over 6.1 million followers on the platform, as well as 2.2 million followers on Instagram. And although he’s not on TikTok, his presence on Gen Z’s favourite app is substantial.

Since hopping on the scene in 2010, Mufti quickly gained influence around the globe. His views have been described as controversial, causing him to be banned from Singapore and Denmark. The mufti is openly homophobic, having called the LGBTQ community ‘filthy’ in 2013, and stands firm on his anti-homosexuality views.

Despite Mufti’s homophobic view, Gen Z have suddenly hijacked his usually older fanbase. Yes, a generation that is often described as ‘socially conscious’ (70 per cent of Gen Z are said to have no problem with queer relationships) still stan the cleric.

As per his fans, Menk is seen as one of the most approachable and funniest Muslim clerics on the internet, so it makes sense. He is also no stranger to sharing all aspects of his life too, from his exercise routine to cuddles with his cats.

Muslim teens even turned him into an ultra-viral meme, when an image from an interview where the interviewer’s back is to the camera, started circulations.

Everytime I remember mufti Menk I remember this meme and it makes me giggle pic.twitter.com/Y3j1CUPWo0

That was in 2016, today, Mufti Menk is a full-blown superstar—he’s even got his own K-pop stan-esque fancams making rounds.