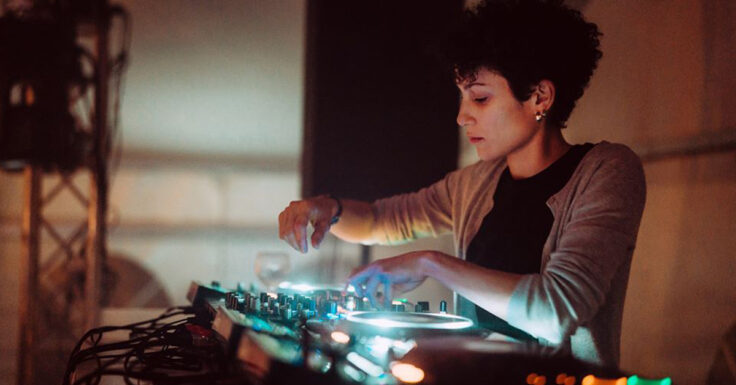 Women’s History Month, which falls in March, is right around the corner and the Southwest Asian and North African music scene is putting together a noteworthy celebration. Hiya Live, a virtual music festival is launching its first edition with an all-female line-up, and we’re here for it.

To make it happen Lebanese journalist and DJ Shirine Saad teamed up with Natalie Shooter, co-founder of Beirut-based music collective, the Beirut Groove Collective. Hiya will be a continuation of Saad’s podcast of the same name, which celebrates the new generation of Southwest Asian and North African female musicians.

Starting out as a series of conversations with the likes of musicians Asma Ghanem, Emel Mathlouthi and Felukah, Saad is taking Hiya to the next level with live performances and DJ sets as well as poetry readings and interviews.

The virtual event will also pay homage to the tenth anniversary of the Arab Spring and will “mark the milestones of recent history, responding to Intifadas, occupation, wars, exile, protests and invasions” as stated by the festival.

Hiya Live will run from between March 13 and 14.