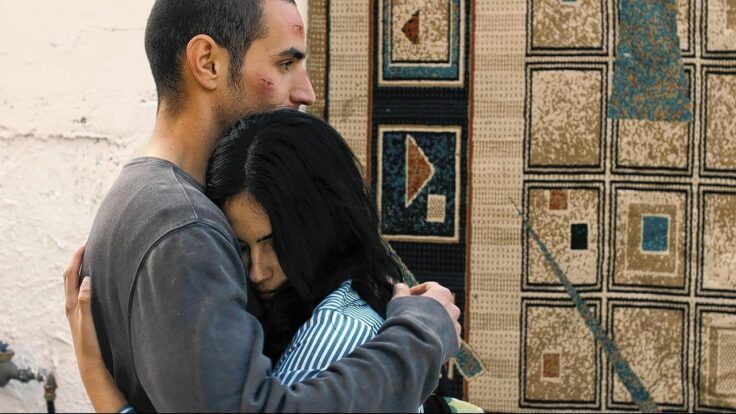 The catalogue is worth exploring

Since the cementing of Netflix in the region in the recent years, their catalogue has kept on growing, producing some of the most exciting original content and also showcasing some of the Arab World’s undeniable all-time classics.

Providing us uprooted and displaced Gen-Z Arabs with some of the culture we’re so desperate to put our hands-on, we’ve gathered some of our favourite MENA movies on the platform for you to daze off with under a summery sunset.

Starring the magnificent Reem Abdullah, Wadjda recounts the tale of a stubborn and rebellious 10-year-old that enters a Quran recitation competition in order to make ends meet and finally buy her dream bicycle and beat her archenemy friend Abdullah in a race. Directed by no one other than the striking Haifaa Al-Mansour, Saudi-Arabia’s first woman produced movie is a must-watch.

Based on a true story, the movie unfolds the story of the highly-ranked Ashraf Marwan, former Egyptian President Nasser’s son-in-law, in which it is believed that he took on the role of serving both Egyptian and Israeli intelligence in light of the Yom Kippur War of 1973. Starring the talented Marwan Kenzari, the movie does not fall short in instilling thrilling and breathtaking vibes whilst recounting one of the most intense moments in history – it definitely should be on everyone’s watchlist.

Directed by Ziad Doueiri, this coming-of-age movie retraces the genesis and development of the Lebanese civil war. After the capital city was partitioned separating Christians from Muslims and follows the journey of the young Tarek through the challenges faced by the country and having to balance a life between East and West Beirut.

You’d expect a devout Imam and Michael Jackson to not have much in common. However, following the unexpected death of the American pop star in 2009, our main protagonist, nicknamed “Jackson” in his school years, hits the ceiling once made aware of the news and radically alters most aspects of his life after this. Directed by the Saudi origin Amr Salama, the film pays homage to the late singer in the most original of manners.

The full-length Palestinian feature follows Omar through his border jumping adventures to entertain and cultivate the love he owes Nadia, his girlfriend that lives on the other side of the decimating border. So far yet so close, Omar’s story is infatuated and soaked with explicit references and scenes exposing him to the draconian violence of the colonising occupation forces.