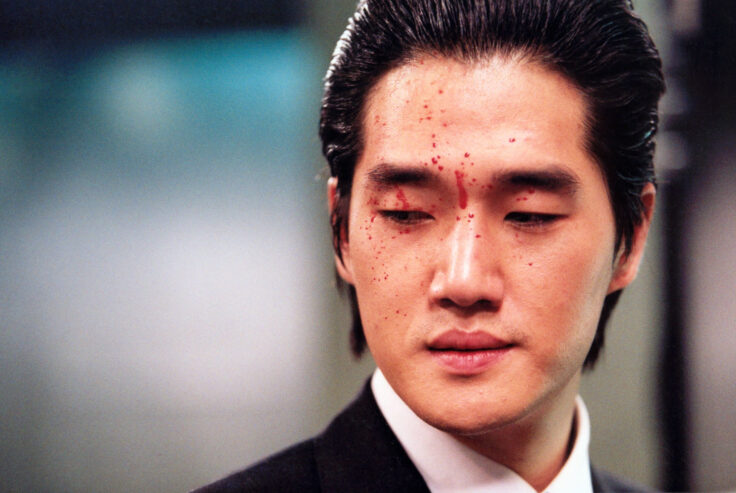 For some, Halloween means a steady set of costumes and at least three outings. For others, Halloween is best spent snuggling up on your couch on a chilly October night for a night of (fictional) horror.

Afterall, beyond your favorite sweet treats, what better to indulge in this spooky season than horror films? The good news is, you’re not short of options. From the region’s very own spooky tales to international classics, we’ve got you covered.

These are our favorite horror films.

The film sees Adel Imam play a shape-shifting demon trying to pass off as a travel agent. Named Galal, the character falls in love with a woman who just returned to Egypt from America and the film follows him as he tries to convince her not marry her fiancé.

The iconic psychological thriller was released in 1999, and it’s always been a hit in our books. If you’ve yet to see it, the film follows a boy who talks to the dead. At the center of it all is the young boy’s troubled relationship with his psychologist.

From iconic 2000s comedy sketches to some of today’s best horror flicks, we’re obviously fans of Jordan Peele. Yes, we enjoyed watching Get Out, but our favorite Peele flick is definitely Us. The film stars Lupita Nyong’o, who plays Adelaide, a woman who upon returning to her childhood home, becomes traumatized from a past experience—only for her fears to become a reality.

We’re never tired of watching this Stanley Kubrick classic. Starring Jack Nicholson, the 1980 classic is based on a Stephen King novel of the same name. The film is centered on Jack Torrance, a young aspiring writer who takes on a job at a hotel in the Colorado Rockies, only to find himself with psychic abilities that expose the hotel’s traumatic past.

If you’re all about the supernatural, this one is for you. The Emirati film trails the story of a couple as they move back to their homeland, only to discover that their new apartment was once home to a demon that’s now looking to reclaim his land.

We’re undoubtably fans of Elisabeth Moss, and we like to think of her role in The Invisible Man as one of her most underrated. The film sees Moss play a woman who is terrorized by her scientist ex-boyfriend who, after staging his suicide, gained the power to be invisible and set out against her.

If this year was of any indication, Korean cinema is where it’s at. But before Squid Games and Parasite, there was another classic horror that everyone needs to watch: Park Chan-wook’s Oldboy. The film, which won the 2004 Grand Prix prize at Cannes Film Festival, trails Oh Dae-su, a man who was imprisoned in a hotel room without any idea why, or who was behind his imprisonment. The film sees him go on to see him take a path of violence as he aims to understand what exactly happened.