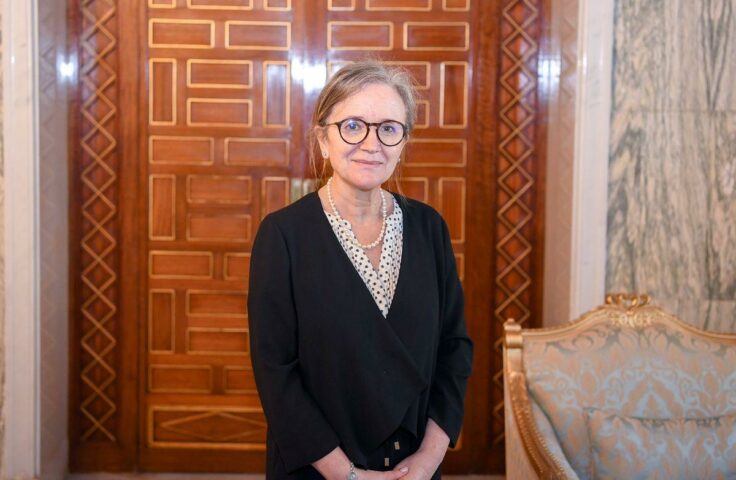 We kicked off the week with the news of three women politicians being elected mayors in Morocco. It seems North Africa is on a roll. Today marks a landmark in Tunisia, as President Kais Saied appoints Najla Bouden as Prime Minister.

Bouden is the first female Prime Minister in Tunisia, and in the MENA region as a whole. A moment going down in history (or HERstory, rather).

A complete political outsider, and largely unknown by the public, Bouden’s appointment raised some questions on whether she’d be able to handle the task of pulling the country out of an economic and political crisis. The concern is valid, as ever since the revolution, Tunisians have often faced turmoil with the country struggling to maintain a stable government body.

But the freshly-appointed Prime Minister seems to have quite the resume. Many voiced feelings of reassurance on social media, especially with the news coming two months after President Kais Said suspended the government and the constitution.

Having graduated from the prestigious Ecole des Mines in Paris, Bouden is a professor at the National Engineering School in Tunis, specialising in geosciences. She has served as director general in charge of quality, and head of the Purpose Action Unit at the Higher Education Ministry.

Bouden will leave her current role of running a plan to carry out World Bank programmes at the Ministry of Higher Education and Scientific Research.

“For the first time in Tunisia’s history, a woman will head the country as prime minister,” said President Saied in a video posted to the presidency’s Facebook page introducing Bouden.

“We will work together in the near future, armed with the stable and constant determination to combat the corruption and state of chaos that has been witnessed throughout the country in several government institutions,” he continued.

As it all sounds very promising, we can’t wait to see what concrete plans they will elaborate for the future of this country, and can only wish them good luck. But in the meantime, we rejoice on the news of an Arab woman being appointed Prime Minister.