How Did Neon Become the Norm?

Kim K and Prada are the trend’s biggest ambassadors

For a while now, the fashion world has put comfort at the forefront. With streetwear taking the reins, the downfall of colour has come with it. Muted, neutral tones may have ruled the runways for years, but from the looks of it, highlighter hues have officially taken over.

Had we discussed this just a few months ago, any conversation surrounding neon would have referenced either 80s jazzercize attire, EDM ravers, or both. Today, the fluorescent hues once reserved for workout video instructors and Tomorrowland attendees have made their way in to the mainstream—and the trend is here to stay.

And just like most recent trends that have made their way to the masses, Kim Kardashian is leading the way. If neon was a brand, the reality star is its formal ambassador. In the past two weeks alone, she was spotted wearing a pink vintage Chanel jumpsuit and a bright yellow custom Versace dress that followed a lime-green wig and matching Mercedes. To bring her neon love affair to a close, she accompanied Kanye (whose too-small slippers lit up a social media firestorm) to 2Chainz’s wedding in what was perhaps the world’s tightest neon body-con. 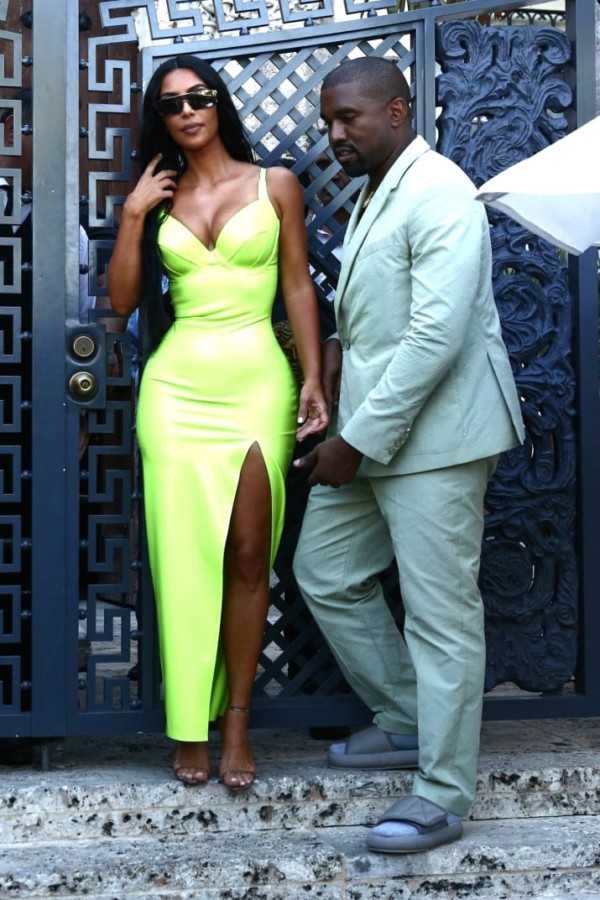 Although Kim might have become one of the trend’s standout figures (other celebrities like her sister Kendall Jenner, Blake Lively, and American Horror Story’s Sarah Paulson have also sported the look), the fashion world’s neon addiction naturally originated on the runway. John Galliano’s SS18 couture collection for Margiela put neon at the forefront, and his FW19 collection followed suit, with the opening look featuring a glaring orange neon jacket to set the tone. 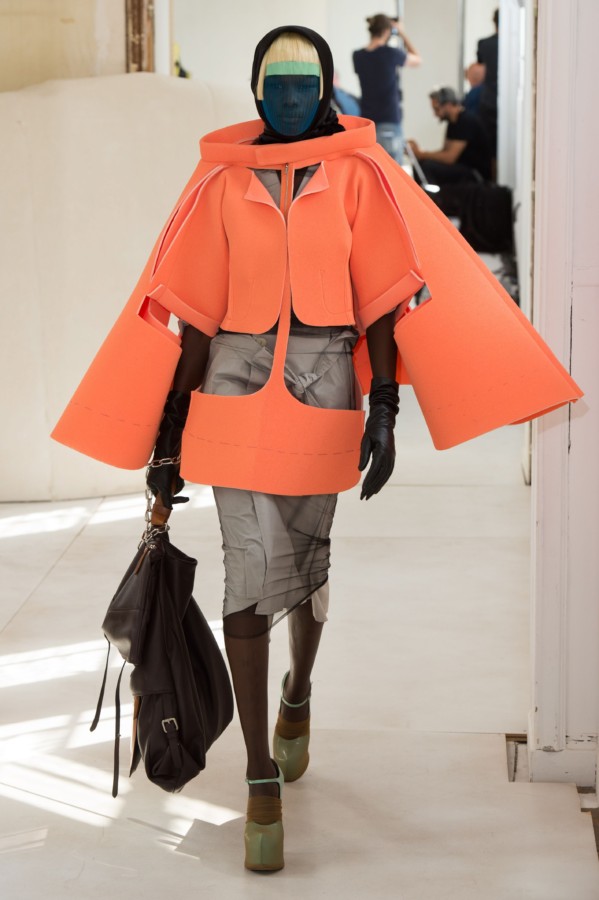 Virgil Abloh’s first show for Louis Vuitton mens was also chockful of fluorescents, right down to the shoelaces. But Prada women’s FW18 show was one of the first to solidify neon’s presence for the season. The collection was brimming with highlighter hues. With each model walking down the runway, came an entirely monochromatic look—and when not, it featured a neon accent. 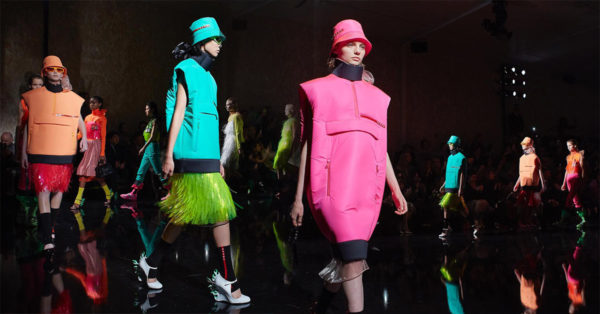 And now, the trend has already made its way to fast fashion brands. Zara, Topshop and Fashionnova have already started pushing out entire collections with a host of fluorescent pieces. So, keep those muted neutrals in your wardrobe for a few more months – neon isn’t going anywhere fast.