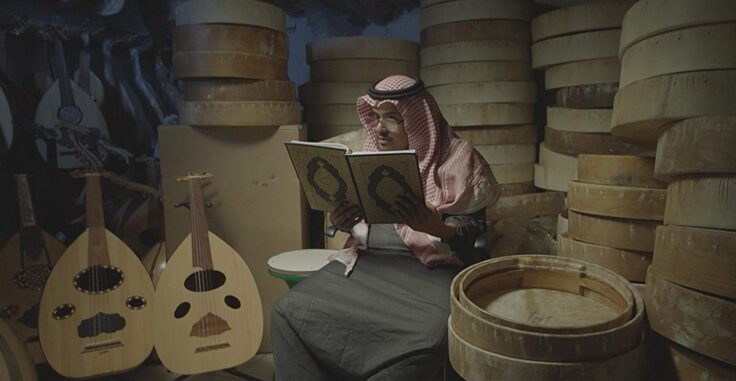 One Saudi studio is pushing for representation

Netflix might not have snagged any prizes this award season, but the streaming giant is winning big in the region. They’ve just announced the upcoming release of six films produced by fan-favourite Saudi studio Telfaz11 on the platform.

The streaming giant has spent the last few years building up its Arab content. We witnessed the release of the platform’s first Arab production, Jordanian series ‘Jinn’, as well ‘Messiah’ – both of which were immensely successful. But Telfaz11 Studios’ move to Netflix could prove to be monumental for both platforms.

Since launching in 2011, Telfaz11 Studio has proved itself to be a driving force in Arab media. The platform is behind the viral ‘No Woman, No Drive’ video, which now counts over 17 million views on YouTube. They also count a collective 1 billion views and 20 million subscribers across all of their channels.

For Netflix, Telfaz11 will release six films under the name ‘Six Windows in the Desert’. The films are said to have been created in a bid to shine a light on thought-provoking subjects, like social taboos, extremism, and the human psyche.

“It is our strong belief that a great story can come from anywhere and be loved everywhere,” says Nuha ElTayeb, Netflix’s Director of Content Acquisition.

The acquisition includes ‘27th of Shaban’, a film set in the early 2000s, where a couple attempts to meet for a date, an act that’s prohibited in Saudi Arabia.

There’s also ‘Wasati’, a film based on the true story of extremists attacking a play in Riyadh 10 years ago. ‘Is Sumyati going to Hell’ was also acquired, the film tells a story of Sumyati, a housemaid, through the eyes of the family’s youngest child.

“It brings us immense pride to have six of our short films brought onto Netflix,” says Alaa Fadan, Telfaz11’s CEO.  “Telfaz11 Studios produces authentic and intriguing stories from our culture, and we cannot wait for the world to see what we have to offer.”