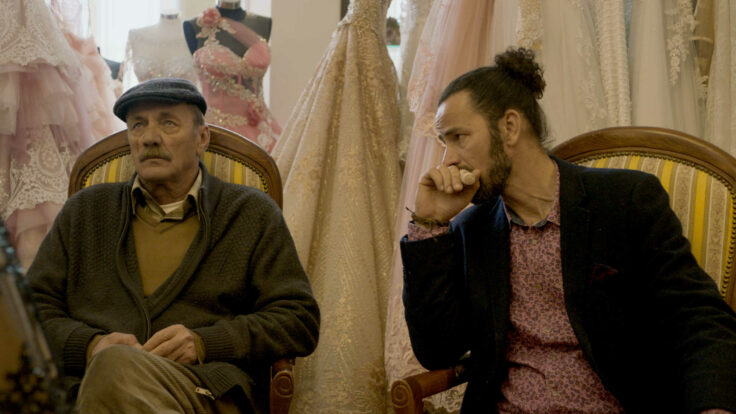 Netflix is Taking Arab Content Global, and We’re Here for it

With female filmmakers leading the way

“For Netflix, great entertainment is not just about exporting US content internationally. It’s about sharing stories from the world, with the world,” Nuha El Tayeb, Director of Content Acquisitions for Netflix MENA told us.

In the last two years alone, the streaming giant released its first ever Arabic original series Jinn in 2019, brought regional classics like Madarasat al Mochaghibin to its 190 million subscribers, and is set to produce multiple women-led Arab series and films.

That’s not to count the 44 Arab films in its catalogue including Youssef Chahine’s classics and Nadine Labaki’s Oscar-winning Capernaum, or the grant the company established to support Lebanon’s creative scene following the devastating Beirut explosion.

“The Arab world is incredibly diverse and tastes in this part of the world not only differ from Western preferences, but also vary greatly across different countries within the region,” added El Tayeb. “The Arab world has a rich history of storytelling and we are scouring it to find the greatest stories and storytellers.” Ahmed Sharkawi, the director of Arab and African Original series at Netflix launched an open call for Arab creators last November.

“Ultimately, we believe that great stories come from anywhere, and can be loved everywhere. For example, La Casa De Papel developed an extraordinary following in Saudi Arabia,” explained El Tayeb.

Simply put, they want to give opportunity for Arab content to make its way to even the most remote parts of the world.

“Expanding our library of Arabic content, allows us to provide local talent and filmmakers with a platform to gain fans globally,” she explains.

They’re well on their way to making that happen. The company has endorsed both old and new locally produced content, even collaborating with powerhouse Saudi studio Telfaz11 to produce eight exclusive feature films starting late 2021.

The company is also making sure that it’s not just men in the spotlight, either. They’re not shying away from commitment to gender equality. According to El Tayeb, empowering female creators is crucial, especially considering filmmaking being historically male-dominated. The streaming giant has slowly been putting the spotlight on female Arab filmmakers, bringing works by the likes of Nadine Labaki, Anne Marie Jacir and Hana Al Omair to screens all over the world.

“Female Arab filmmakers have beautiful, complex, and nuanced stories to tell; stories which have the power to resonate with people not just in the Arab world, but across the globe. Arab women have been telling these stories for decades,” she says.

“We’ve sought them out because it’s important for us to give more people a chance to see their lives represented on screen. It instills pride and avoids simplistic portrayals. More women behind the camera also has a ripple effect for women in front of it.”

Netflix didn’t stop at adding female-directed content to its catalogue, they’re also producing their own. Last year, the platform announced a new female-focused heartwarming dramedy with Tunisian actress Hend Sabry, as well as an upcoming series Al Rawabi School For Girls which led by an all-female cast and crew and directed by Jordan’s Tima Shomali.

“It takes diversity of thought, culture, background, and perspective to create a truly global storytelling platform. We’re all shaped by the environment around us and with entertainment, the cross-section of personal identity and creative choice is not only valuable, but integral to authentic storytelling,” says El Tayeb.

“Culture and language are nuanced, and a first-hand understanding of this brings the perspective we need to truly tell global stories to a diverse member base. We want the different backgrounds of our people to make a positive impact for Netflix.”