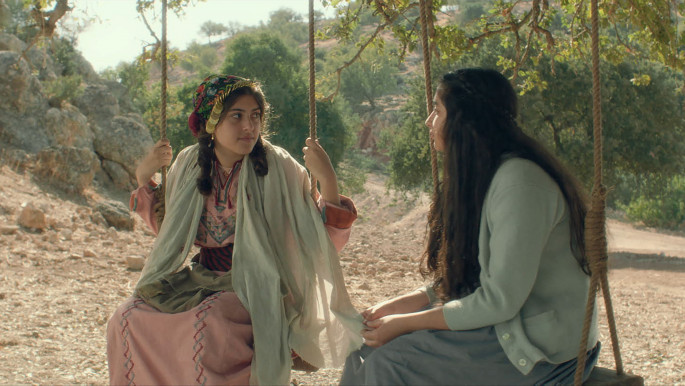 Everyone needs to watch this film

Directed by Jordanian filmmaker Darin J. Sallam, Farha tells the true story of the forced evacuation of Palestinians by nationalist militia from their homes in 1948, also known as the Nakba, an Arabic term for the ethnic cleansing and displacement of about 800,000 Palestinians, which eventually led to the creation of the apartheid state of Israel. Since debuting at the Toronto International Film Festival, the feature has been shown in several film festivals across the world, and is now on Netflix, despite Israel’s protests against the US company’s decision to stream the film on its platform.

Farha, which is Jordan’s official submission for the 95th Academy Awards, has been condemned by many Israeli officials as “creating a false narrative,” although it is inspired by very real events. However, attempts to get the film pulled from the streaming platform and silence the Palestinian voice even more were in vain as Netflix has stood by its decision to premiere the film, which was made available to stream on the platform on Thursday. Likely because it doesn’t actually incite violence or anti-Semitism but presents a factual portrayal of the events of 1948.

Though “Farha” means joy in Arabic, Sallam’s debut is heart-wrenching. The one-hour-and-a-half film follows the tragic events of the Nakba through the eyes of a 14-year-old girl who watches from a locked pantry the horrific atrocities that were committed against her people, including watching her family be murdered at the hands of militia. Painful and triggering to watch at times as it depicts life in Palestine pre-Nakba and then during, Farha is very important and worth streaming. While many people have praised the film’s depiction of the Nakba and the struggles of the Palestinian people, dubbing it a rare and authentic account of Palestine’s ethnic-cleansing, others (namely Israeli officials) have campaigned against the film for “defaming Israel.”

Israel’s outgoing finance minister, Avigdor Lieberman, said in a statement: “It’s crazy that Netflix decided to stream a movie whose whole purpose is to create a pretense and incite against Israeli soldiers.” According to international media outlets, Israelis are canceling their subscription to Netflix in protest.

Sallam, and producers, Deema Azar and Ayah Jardaneh, released a statement following the Israeli ministers’ attack on their film, writing: “These attempts to silence our voices as Semite/Arabs and as Women filmmakers to dehumanize us and prevent us from telling our stories, our narrative and our truth are against any freedom of speech.” They added: “The film exists, we exist, and we will never be silenced.”

Now, in a desperate attempt to cover up brutal Zionist crimes against Palestinians during Nakba conflict and further erase Palestinian history, a coordinated smear campaign targeting the film and the director by enlisting hundreds of bot accounts to downvote the movie on IMDB has launched to pull the rating down. In response, a number of users from across the world are showing their support to Sallam and the Palestinian people as a whole by making IMDB accounts and leaving ten star reviews in an effort to bring the rating back up.

Indeed, we can’t emphasize how important this film is enough. Palestinians have been silenced and pushed under the rug for so long, so it is refreshing to see a film that serves as a voice for the Palestinian people while shedding light on the atrocities inflicted against them stream on a massive platform like Netflix. And, for anyone saying it’s not worth watching, ask yourself why they don’t want you to see it.