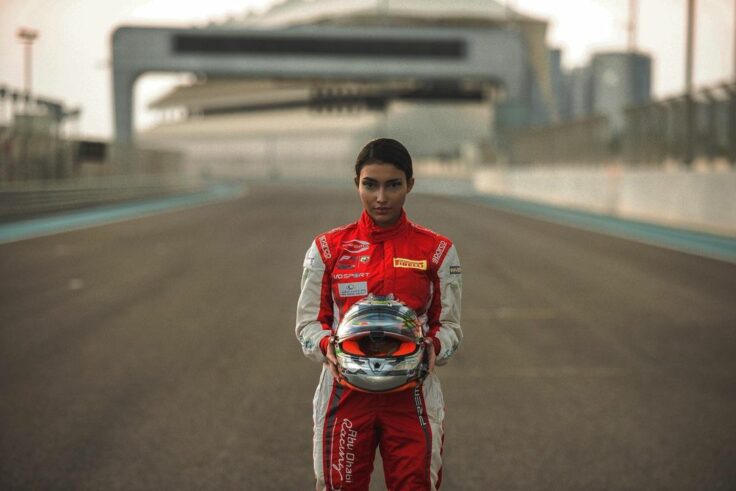 These are the ones to watch

There’s Mohamed Saleh, Hakim Ziyech and Riyad Mahrez, three names practically synonymous with football’s elite. Needless to say, the sport is unabashedly marked by Arab presence. And it’s not the only one.

Whether it’s tennis, fencing, or taekwondo, athletes from the region have made their way to the upper echelons. You might already be familiar with Egyptian NBA player Abdel Nader, or runner Habiba Ghribi who scored Tunisia’s first Olympic medal by a woman, or perhaps the UAE’s first figure skater Zahra Lari.

This generation of champions has paved the way for the new wave of Arab athletes. Still at the dawn of their careers, they are slowly working their way to become the stars of tomorrow. And we’re here to uncover them.

From Saudi Arabia to Egypt, we’ve rounded some of the most promising athletes of the region.

The Emirati sisters are leading the way for Arab female representation in motorsport. Daughters of former Le Mans racing driver Khaled Al Qubaisi, one of the most prominent names in motosport in the UAE, the duo have been competing in formula categories for quite a long time. 21-year-old Amna has raced in the Italian F4 Championship and was on the line-up of champion team Prema in this year’s F3 Asian Championship. In 2018, she became the first Arab woman to test-drive a Formula E car as part of the first Saudia Ad Diriyah E-Prix. As for 17-year-old Hamda, she has been part of three different F4 championships (UAE, ADAC and Italian) and she will be driving in the Italian F4 this year with the Ferrari-connected Prema Powerteam.

The 17-year-old footballer is already making buzz amongst the PSG coaching staff. Only last month, the French-Tunisian was called up to the group who faced FC Bayern Munich in the Champions League quarters. Currently part of the French club’s Under 17 team, Gharbi is definitely one to watch.

The Syrian swimmer’s story from refugee to Olympian is truly inspirational. Mardini and her older sister Sara fled the Syrian war to Turkey in 2015. Their swimming skills helped save over a dozen refugees in an engine failure incident on a boat to Greece. A year later, Yusra went on to compete as part of the Refugee Olympic Team at the 2016 Olympic Games in Rio. The 23-year-old is now a Goodwill Ambassador for UNHCR.

At just 17 years of age, the karate champion made history snagging Saudi Arabia’s first ever Olympic gold medal at the 2018 Youth Olympic Games in Buenos Aires. With karate making its Olympic debut at this year’s Tokyo Games, Al Assiri is set to represent the Kingdom in the event.

In 2017, Essam became the first Arab female footballer to play in the FA Women Premier League, joining English club Stoke City Women’s team. The 22-year-old Egyptian player got her first call up for the national team when she was just 16, becoming the country’s inspirational figure for female footballers.