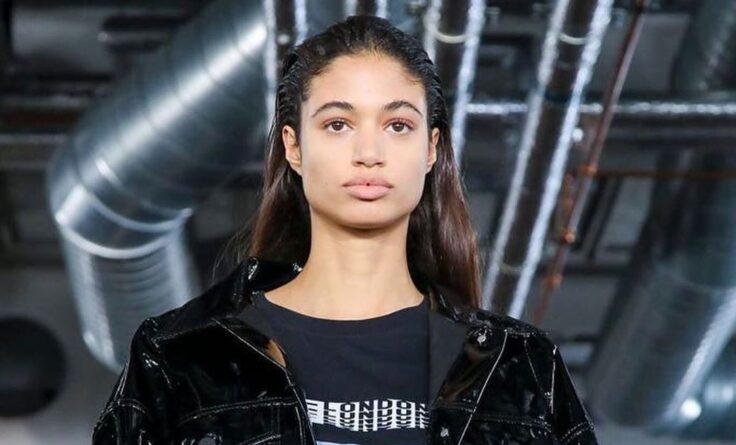 The Maghreb is on the rise

With legendary figures like Azzedine Alaïa and Afef Jnifen having taken the fashion world by storm in the 90s, North Africans are no strangers to the industry.

But whilst their heyday might be a thing of the past, a new generation has been quietly rising up in recent years to take over the reins, and we’re not just talking about Imaan Hammam and Nora Attal.

The models, whose faces have become staples on fashion week runways, are deserving of all the praise. But to shift gears, we’ve decided to celebrate some of the lesser-known, but equally boundary-breaking fashion game-changers killing the game.

With Imaan Hammam and Nora Attal rising up in the ranks of the fashion industry, we’re getting a little used to seeing Arab faces on the runway. Malika El Maslouhi is the latest to join the Moroccan industry stalwarts. The Moroccan model, who was raised in Milan, broke out into the industry at 18, and she’s already scored campaigns for everyone from Jacquemus and Off-White to Ralph Lauren and The Row.

If you don’t already recognize the name, chances are you know the jewellery; it’s hard to miss. Tunisian designer Shourouk Rhaiem launched her jewellery label, Shourouk, in 2008 and has dominated the luxury game since.

Few hairstylists manage to make a name for themselves in the fashion industry, but Moroccan Karim BelGhiran managed to do exactly that. His work has been featured on multiple Vogue covers and he counts several loyal A-list clients including Caroline de Maigret and Lea Seydoux.

First it was Pigalle, now it’s Casablanca. Moroccan designer Charaf Tajer dipped his hands in the design game for years before diving in headfirst and launching his own label, Casablanca. Despite having launched only two years ago, the Paris-based brand stands as one of the hottest of the moment with everyone from Kendall Jenner to Skepta sporting his looks.

Fresh off of a Chanel campaign, Karim Sadli is one of fashion’s biggest photographers. His work is regularly featured on the pages of Vogue Italia, and he has shot some of the world’s biggest stars for everyone from L’Uomo Vogue to Le Monde.

When it comes to the world of fashion and entertainment, no agent has a more impressive list of clientele than Saif Mahdhi. With Caroline De Maigret , Isabella Rossellini, Anja Rubik, Shalom Harlow and Rilès as loyal clients, the former President of NEXT Europe just founded his own agency, SAFE Management.