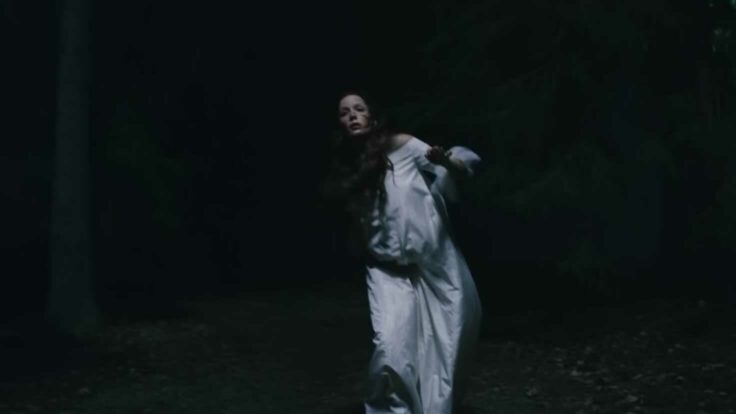 The Saudi Designer Behind Halsey’s Dress

Not long ago this summer, Halsey dropped the trailer from her upcoming feature film accompanying her eponymous new album ‘If I Can’t Have Love, I Want Power’. From what we know already, the film is a hauntingly beautiful and dark exploration of themes like pregnancy and giving birth.

Dropping today, the movie marks the award-winning singer’s debut as script writer and lead actress, but also Saudi Designer Noura Sulaiman’s first feature on a large-scale Hollywood production. Sulaiman’s white Moiré dress, from her debut collection, was especially selected for the feature film and on the official movie poster.

Noura had initially designed the Moiré dress to wear to her own baby’s reception and, due to popular demand, decided to include the dress within her debut collection. “This dress has always been an extremely special piece for me, because it represented that moment when I could share my baby’s arrival with the world,” said Sulaiman.

“To have it worn by Halsey, at a time she was pregnant, for her first-ever feature film which explores the theme of childbirth, is a real privilege,” she continued. “It is an honour to have a piece from my debut collection selected for this opportunity, and to be able to represent Saudi fashion on a global scale.”

Born into a family of artists and designers, and having graduated from Riyadh’s Arts and Skills Institute Fashion Design Program back in 2011, she founded her brand in the recent years with the idea to make clothes that quietly accentuate the elegance of their wearer. And that includes abayas, dresses and jackets, crafted from fine Italian and French fabrics, in dedicated ateliers between Riyadh and Europe.