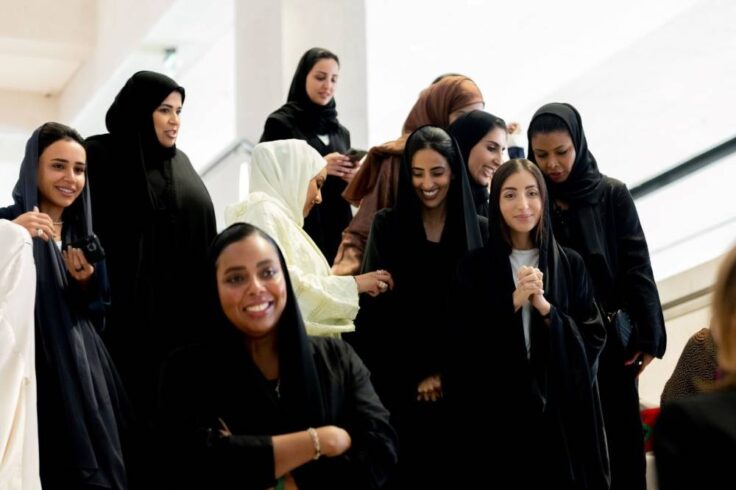 A couple of weeks ago, we reported that  French editor and former model Carine Roitfeld, through her eponymously named CR Runway platform, will be organizing a catwalk show in Doha, in between the 2022 FIFA World Cup’s semifinals and final as a collective celebration of fashion and football.

Teaming up with Qatar Creates, a year-round movement aiming at promoting the artistic happenings taking place in the Gulf State, the first-of-its-kind event, dubbed Qatar Fashion United by CR Runway, aims to champion some of the most promising minds the world of textile has to offer on Dec. 16 at the recently inaugurated 974 Stadium.

Connecting over 150 designers from all five continents together, while spotlighting some of the host country’s own homegrown talents, 138 brands will be showcasing their latest works— 21 of which were born in Doha— all accompanied by a laundry list of DJs and singers that will be wrapping their presentations up with stellar sonic performances and hip-moving concerts.

Lebanese pop icon Nancy Ajram, American rapper Post Malone, Rai legend Cheb Khaled, and South African record producer Zakes Bantwini have all been invited to play their part in this unique moment and support Education Above All, a non-profit organization that will be receiving all proceeds generated to provide equal opportunities to marginalized segments of society.

“It is a singular historic event for Qatar to host this FIFA World Cup, the first to be held in any Arab nation,” said Her Excellency Sheikha Mayassa bint Hamad bin Khalifa Al Thani, initiator of Qatar Fashion United by CR Runway.“Only the most spectacular celebration of fashion and culture can match this great occasion. Just as the World Cup brings together people from across the entire globe for the excitement of high athletic achievement, so will Qatar Fashion United by CR Runway be electrifying audiences here in Doha and everywhere with the splendor of this unprecedented creative gathering,” she added.

According to a recent statement made by the event’s management, the collaborative moment will also be welcoming third partner: Off White. Virgil Abloh’s label is reported to be joining forces with Qatar Creates and CR Runway to create a series of limited-edition jerseys that will be introduced during the show.

Customized by 32 emerging designers from countries represented in this year’s edition of the FIFA World Cup, the initiative, that wants to highlight and create a platform for young talents and their ensuing creations, will see its specifically made shirts be made available for purchase in limited quantities on off—white.com starting from Dec. 16 at midnight, also promising to donate 100% of the proceeds to Education Above All, like the rest of the parties involved.