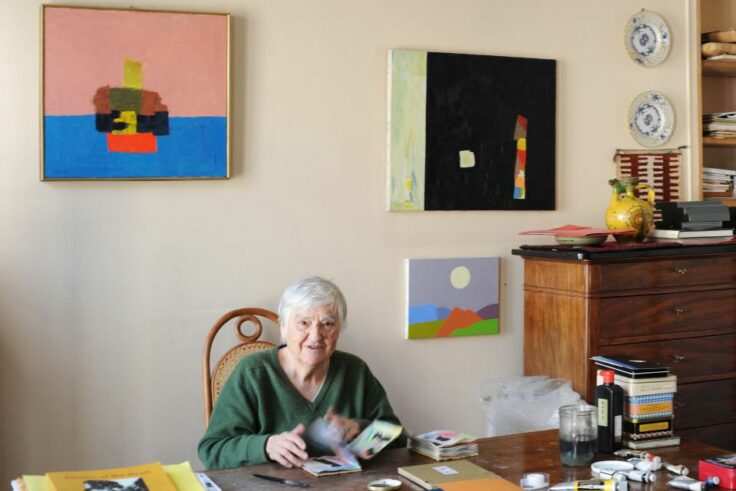 Sotheby’s online auction will run from Oct. 19 to 25

Nearly one-year after pioneering Lebanese artist Etel Adnan’s death in 2021, Sotheby’s has announced that it will be selling a never-before-seen painting, titled “California,” that was gifted  directly from the late artist to a friend in the early 1970s—  The painting, which is a colorful, abstract depiction of the Californian landscape,  has never appeared on the market before.

“Etel gifted the painting to my parents when they moved to the Bay Area,” shared Nadania Idriss, founder of Berlin Glas e.V., with MILLE.  Idriss, who has known Adnan since she was an infant, has been the proud owner of the painting for 14-years. “My parents view their [art] collection as communal property, so my brother, who is five years older than I am first took it with him when he moved out. He returned the painting a few years later and then it was given to me,” she explained of how it came to be in her possession.

“It’s definitely a major part of my childhood and upbringing. It was always in a prominent place in our living room. I was so happy when I could take it to Berlin,” recalled Idriss.

It wasn’t until the gallerist moved to a new apartment that she got the idea to auction the unseen family heirloom. As she was about to hang the painting in her new space, Idriss decided that such a precious work of art deserved to be cherished with utmost care. “I thought about its condition and that it really is a treasure, a key work of Etel’s, so it belongs in an environment where the atmosphere can be monitored,” said Idriss. “Berlin tends to be dry, and my apartment gets a lot of direct sunlight, so it’s not really great for the painting,” she explained.

She went on to ask her parents if they were okay with her selling the painting, and once she got the green light, she contacted Sotheby’s. Idriss had a plan to put aside a portion of the sale, estimated to fetch between $110,000 to $160,000, to her non-profit glass factory’s programmes and upgrading the studio building. “When I opened Berlin Glas in 2011, I remember my mother telling me that Etel was happy I was working directly with the visual arts,” she shared. “I will upgrade the studio building — creating a new work area for mould making, a new kitchen, new equipment for cold work, and a new casting kiln, as well as allocate money to our three public programmes: Kiez Mobil, Multaka, and Kids Blow Glas. These workshops are free for the public,” Idriss added.

The never-before-seen work of art will be offered via an online auction starting on Oct. 19 and running until Oct. 25.

Adnan died last year aged 96. She left behind a wealth of prose, poetry, artworks, and markedly, a lasting mark on the lives of those who had the opportunity to know her. “I remember being excited to see Etel on the weekends, when we went to visit her, as it meant crossing the Golden Gate Bridge,” Idriss fondly recalled. “She was always very kind and loving. She was Auntie Etel.” 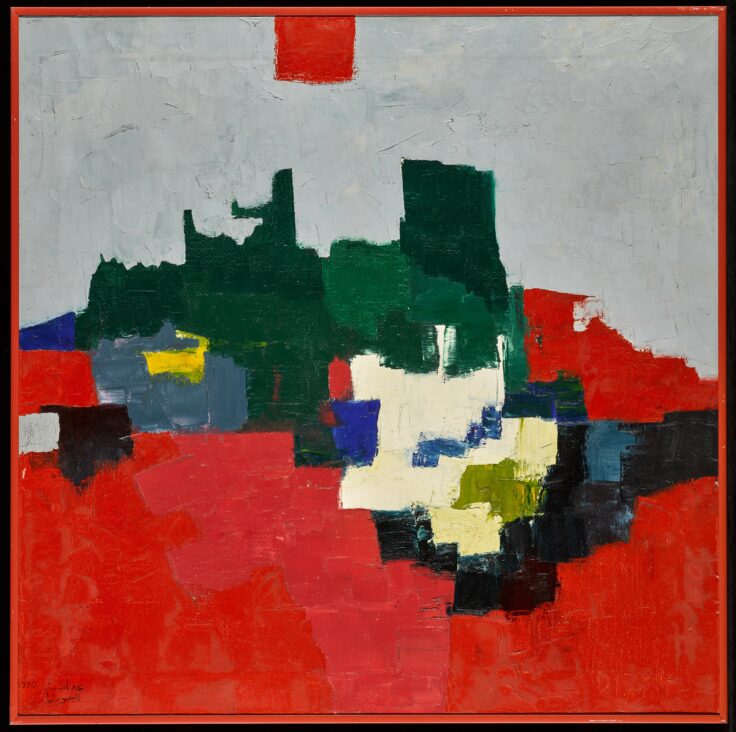