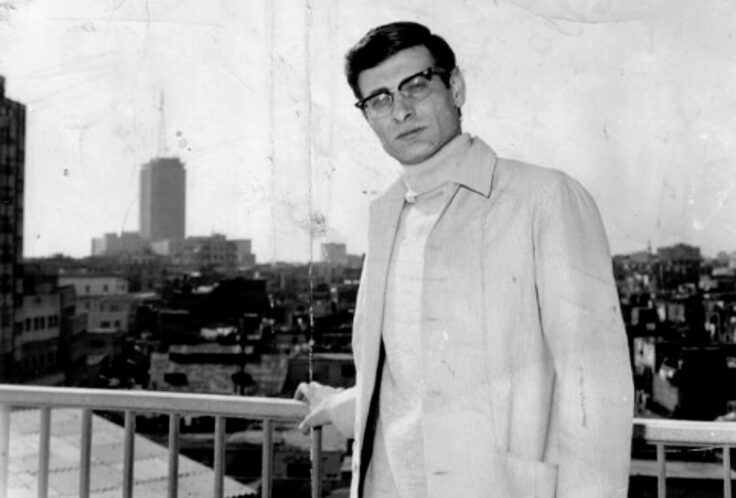 Resistance can be summoned in many different ways. While most might think of protests, riots or boycotts as the primary means of revolt and objection, they’re not the only viable options. Nor are they always materially feasible considering oppressors’ tight grip and denial of the most basic of human rights.

Since the Nakba in 1948, resistance in Palestine against Israeli settlers has been articulated in all sorts of ways. For as long as Palestinians have experienced inter-generational pain, misery and chaos, the never-ending suffering has been channelled to fuel an irritating need to vent. It’s the catalyst behind generations’ strong will to not only speak but to also put pen to paper.

As we all know our representation in the media is completely flawed, inaccurate and quite caricatural. Whether it’s a product of 9/11, the infamous Arab Spring or simply due to orientalism and racial prejudice, the region’s inhabitants have often been depicted as barbaric people only able to translate their frustration and anger through violent and bloody parades.

However, the reality is quite different. Although it is true that we’ve witnessed some of the world’s most awful events and had to elevate our voices through some extreme measures, it is always worth reminding how the region has also given birth to some of the region’s most adulated and compelling writers – and this includes Palestinian writers.

Back to the main point. Let’s not forget that if an image is worth a thousand words, according to Fadwa Tuqan, it’ll only take a single poem to create 10 Palestinian resistance fighters.

Sometimes in prose, other times in free-verse, we’ve compiled three poems published by Palestinian authors that will help you read between the lines and understand the strong bond between themselves and the promised land.

Fadwa Tuqan – Enough for Me

Enough for Me
Enough for me to die on her earth
be buried in her
to melt and vanish into her soil
then sprout forth as a flower
played with by a child from my country.
Enough for me to remain
in my country’s embrace
to be in her close as a handful of dust
a sprig of grass
a flower.

Considered as one of the most distinguished contemporary Arab poets, Fadwa Tuqan’s works have been met with great international success and awards. Born in 1917, she has witnessed her homeland sweep from British rule to leave room for the creation of an Israeli state and a Palestinian authority within decades – an experienced that she made sure to pen down. Her introduction to poetry was made through her brother who is no other than the illustrious Ibrahim Tuqan, another Palestinian nationalist poet whose work is believed to have rallied Arabs during their revolt against the British mandate.

In this poem, Fadwa attempts to shed light, through a handful of verses, on her roots and how home will always be home no matter what. Titled Enough for Me, it seems as if the author wants us to know that no matter what could happen to her homeland it will always be hers and no one will be able to take that away from her.

In Jerusalem, and I mean within the ancient walls,
I walk from one epoch to another without a memory
to guide me. The prophets over there are sharing
the history of the holy … ascending to heaven
and returning less discouraged and melancholy, because love
and peace are holy and are coming to town.
I was walking down a slope and thinking to myself: How
do the narrators disagree over what light said about a stone?
Is it from a dimly lit stone that wars flare up?
I walk in my sleep. I stare in my sleep. I see
no one behind me. I see no one ahead of me.
All this light is for me. I walk. I become lighter. I fly
then I become another. Transfigured. Words
sprout like grass from Isaiah’s messenger
mouth: “If you don’t believe you won’t be safe.”
I walk as if I were another. And my wound a white
biblical rose. And my hands like two doves
on the cross hovering and carrying the earth.
I don’t walk, I fly, I become another,
transfigured. No place and no time. So who am I?
I am no I in ascension’s presence. But I
think to myself: Alone, the prophet Muhammad
spoke classical Arabic. “And then what?”
Then what? A woman soldier shouted:
Is that you again? Didn’t I kill you?
I said: You killed me … and I forgot, like you, to die.

Almost eponymous of the entire Palestinian struggle itself, Mahmoud Darwish is the author of 30 books of poetry in which he quite literally pours his heart and soul into his works and turns his pain in regards to the dispossession of his homeland into beautiful prose. Fierce activist, his contentious love affair with a Jewish woman from Haifa only ignited more passion and turmoil only mirroring the difficulty to live laugh and love normally when born Palestinian.

Considered as one of his most important poems, the holy city is personified into love and peace through a subtle reminder of the belonging of Jerusalem to all three main abrahamic religions – a sentiment which is far from today’s consensus by the Israeli government in regards to the city.

My homeland
My homeland
Glory and beauty
Sublimity and prettiness
Are in your hills
Life and deliverance
Pleasure and hope
Are in your atmosphere
Will I see you?
Safe and comfortable

Sound and honored
Will I see you?
In your eminence
Reaching the stars
My homeland
My homeland
*

The youth will not get tired
Their goal is your independence

*
The sword and the pen
Are our symbols
Not talking nor quarreling
Our glory and covenant
And a duty to fulfill it
Shake us
Our honor
Is an honorable cause
A raised flag
O, your beauty
In your eminence
Victorious over your enemies
My homeland
My homeland

As mentioned above, Ibrahim is Fadwa’s brother who initially introduced her to poetry and literature. Born and raised to a prominent governing family in Nablus in 1905, his works are believed to have influenced generations and echoed the very silenced Palestinian voices at the turn of the 20th century.

My Homeland seems to serve as both a tribute and reminder of how resilient Palestinians are,  bearing and carrying “the sword and the pen (as) (their) symbols” at all times – proof that the Palestinian cause will only die out once each and every single pen runs out of ink.