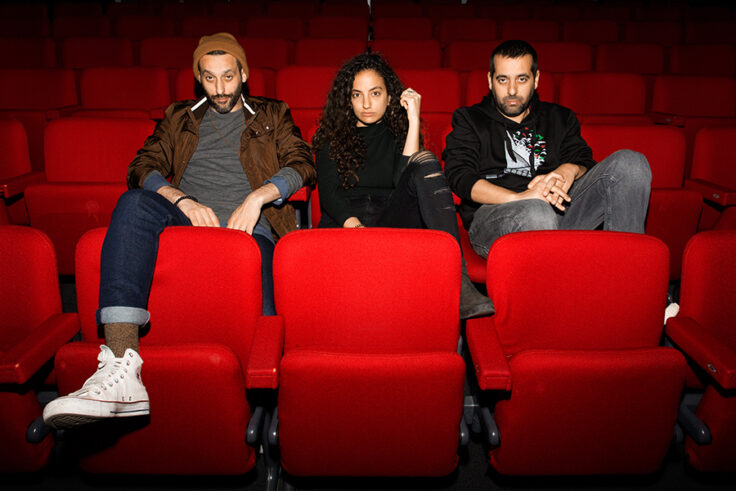 DAM is the Palestinian Rap Group Pushing Feminism and Politics

Think NWA, but in the Middle East

The band was born apolitical, but after the Second Intifada during October 2000, they followed other major rap groups (like NWA and Public Enemy) and started using bars to strike up political impact. Shortly after the conflict, they released Min Irhabi? in 2001, which soon became an internet sensation in the Middle East and was immediately featured in Rolling Stone magazine. Since their first studio album, Idhaa, which was released in 2007, they can be heard regularly around Palestine, particularly in the West Bank.

Over 10 years later, DAM have erupted on the international scene, playing earlier this year at the Jazz Cafe in London, and BBC’s Arabic Festival. A fusion of East and West (but mainly East), they cite their influences as diversely as Ghassan Kanafani, Tupac, Ahlam Mosteghanemi, Naji al Ali, Mahmoud Darwish, Biggie, K’naan, Public Enemy and Pharoahe Monch.

Mainly focusing on the Arab-Israeli conflict, their lyrics stretch further to support major movements such as LGBTQ+ and Black Lives Matter. Since Maysa joined the group, the feminist message of the band has sharpened, with the single Jasadik-Hom released on International Women’s Day on March 8, where Maysa raps about the particular social challenges faced by a Palestinian woman under occupation. The musicality of the lyrics speak strongly for themselves, and given their origins in 1999, DAM were one of the first groups to rap in Arabic.

Still making waves from their latest single EMTA NJAWZAK YAMMA, their third studio album BEN HAANA WA MAANA can be expected to drop on June 7. In the lead up to the release, DAM are hosting a UK album tour, supported by Nancy Mkaabal and DJ Bruno Cruz, and the legendary DJ Sotusura.