Poetry is Becoming a Thing in Dubai and it’s Beautiful

Poetry is one of the oldest art forms, but in recent years, the genre has had a major creative renaissance in mainstream pop culture. With issues like political instability, gentrification and racial discrimination on the rise in big cities like London and New York, poetry has been used as a subversive art form to explore the inner workings of the millennial mind.

Inspired by the literary resurgence happening across the globe, 25-year-old Syrian architect Omran Al Mohamad felt like Dubai needed a place where young local poets could showcase their work. For the past five years Al Mohamad has been organizing poetry slams in the city. Initially the slams began as a grassroots movement, with just 20 people attending but by the end of 2018, the event garnered an audience of over more than 100 people.

Poetry might sound dusty and academic to some, but in reality, it’s also served as an act of performance that’s reflected every generational struggle for centuries.

We caught up with Al Mohamad to find out how hip-hop made him love poetry and the challenges he faces. 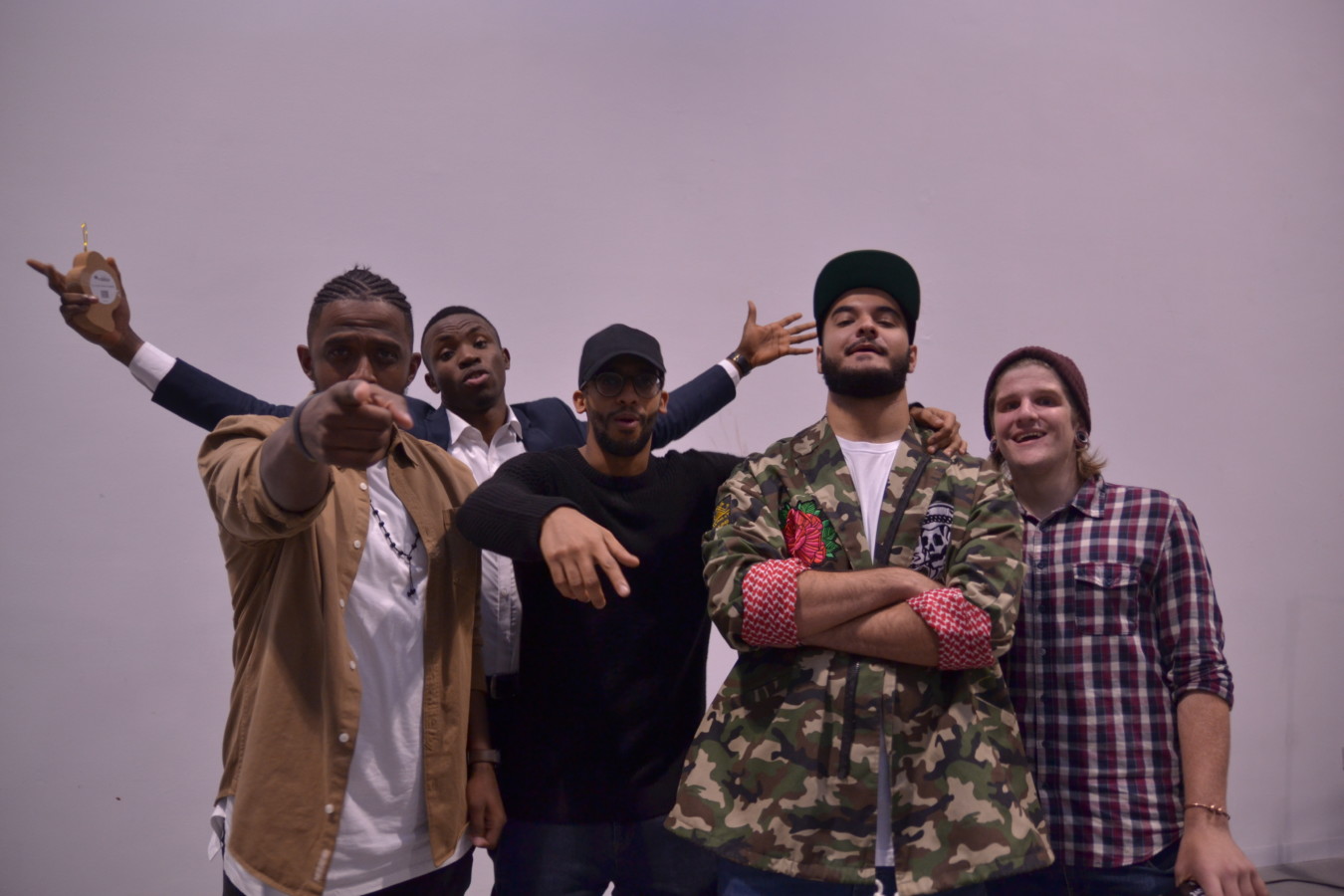 What was your first introduction to spoken word?

Rap music and hip-hop culture was my passion since I was a kid. In 2013 a friend invited me to his performance as a rapper and a poet accompanied him on stage. Witnessing this brought back a lot of memories and ignited my excitement. Surprisingly, he put me on the spot and called me on stage. I was nervous and recited an old verse of mine, while my mind was gazing on the crowd’s reaction to my performance. I got off stage to find five people from the audience waiting for me. They thanked me for my piece and said how my words related to them. It inspired me to write more and put more thought in to the words.

How did you create the Dubai Poetry Slam?

There is a lack of creative spaces and events in Dubai. Someone had to take the initiative in creating the platform; it was necessary just because there was a demand. A lot of our participants are young, it is important to allow them the space to welcome their talent in confidence and enable them to share, learn, reflect and improve their techniques on personal, academic and professional levels, whether it was writing, performing, storytelling or public speaking.

What are some of the topics they explore?

Feelings from every day life. Poems reflect on love and separation, life, loss, family, home, history and memories, pain, anger, happiness, spirituality and search, and the list goes on.

Why are poetry slams more potent than written literature?

It is an interactive relationship between the performer and the audience. The challenge lays in front of the performer in the way she or he delivers their poems to the audience in the most expressive way that reflects their true feeling about the topic. The audience will click their fingers, clap, shout, laugh and sometimes cry in response to the performance.

What has been your most memorable event to date?

It was our last season opening show because everything was genuinely special. It was the first time we hit 120 people in the audience. We had an amazing line-up of talented performers ranging from new faces as young as 18-years-old, to having some famous faces and slam champions competing together. There was an indescribable energy and everyone got together to have a good time.