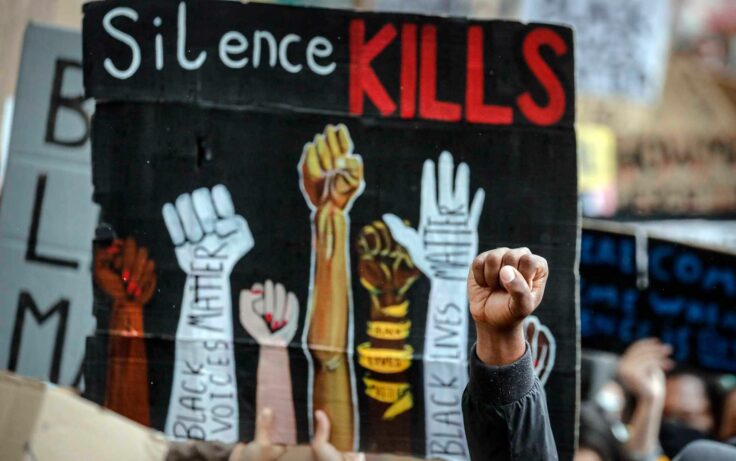 This is why performative activism is dangerous

Antiracist protests have swept across the world over the last few weeks, triggering a wave of performative activism signified by a single black square on Instagram. They were thought to express solidarity with the movement. Some people captioned their square with ‘#blackouttuesday’ and others chose to use ‘#blacklivesmatter’.

Soon enough, the hashtag counted 25 million posts. Prominent black activists pondered and investigated the trend’s origins—quickly pointing out to allies their lack of purpose. Their calls went unheard. Black boxes flooded the #blacklivesmatter hashtag, burying a sea of useful, impactful, and inspiring information and images shared by activists and allies over the course of the hashtag’s seven-year existence.

To be an ally to the Black Lives Matter movement, and any other antiracist movement around the globe, you need to be using your privilege as a means of support.

Think of allyship like a transfer (or even a sacrifice) of a privilege afforded to you by your non-blackness to those who are mistreated because of systemic racism. That can take shape in many forms, like attending or organizing protests, being on the frontlines, donating to organizations and movements, signing petitions, educating yourself on how to become antiracist as well as having uncomfortable conversations with racist family members and friends so that black people don’t have to be the ones taking on that labour—which they have been for centuries.

The IG black boxes, were harmful. They ultimately overshadowed the emotional and intellectual labour black people have put in to build and sustain the movement. That’s not to say silence is the appropriate alternative. Let us not forget that silence and lack of outrage and support by white people and non-black people of colour was among the long list of injustices that the antiracist movements were built upon. Non-black folks have an unequivocal responsibility to be an active ally in the fight against anti-black racism.

But allyship requires education. It requires both emotional and intellectual labour on the part of non-black people, which should then be followed through with action. Performative allyship is when one person does one and not the other, or worst of all none at all, resulting in uneducated actions, educated idleness, or pure theatrics for social media clout.

Here are some examples of what that looks like:

Blindly participating in social media trends without researching them

Co-opting the work of black people as your own

See how ridiculous your performative allyship is. https://t.co/cLcBkVwtQD

It’s interesting that I see people begging for guidance rn when a few weeks ago y’all figured out sourdough starter lickity split!!!!

Ranting on the internet but not actively being anti-racist IRL