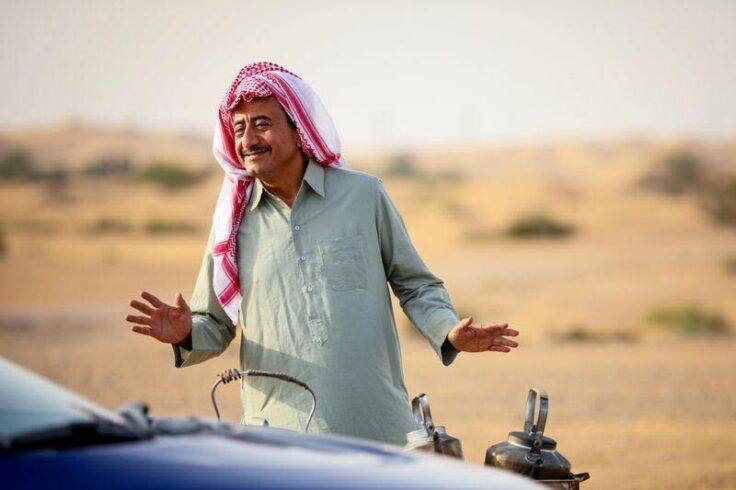 Your 2021 Ramadan Series Fix is Here

From Egypt to Kuwait

Apart from the mouth-watering iftars, Ramadan undoubtedly revolves around following the newest musalsals on the small screen. With almost all of the regional series planned exclusively around the holy month, we can all attest to how challenging and exciting it can be switching channels around the hour, eagerly afraid of missing out on the best releases.

For decades, Middle Eastern channels from MBC to OSN have dominated Ramadan productions with a slew of dramas and comedies featuring renowned actors from all across the region. This year is no different.

From Egypt and Syria to Kuwait and Saudi Arabia, these are the Ramadan 2021 series you need to watch.

Actor-turned-rapper Mohamed Ramadan returns to the small screen with a poignant period drama. Set during WWII, Moussa follows a young man from Upper Egypt who flees home after committing a revenge murder as he struggles to take care of his family.

Saudi comedy legend Nasser Al Qasabi explores, in a humorous take, how the kingdom’s society has been affected by the pandemic in this series.

The one and only Youssra teams up with Syrian star Bassel Khaiat in a thriller following Mariam, a successful self-possessed plastic surgeon who is desperately trying to protect and keep her family together.

The series takes place in Damascus between the 70s and 90s, following different love stories of couples from several religious backgrounds and the sacrifices they face in the Syrian society.

After directing Tunisia’s first horror movie, filmmaker Abdelhamid Bouchnak tries his hand at epic fantasy with a series about mysterious tales and adventures, kings and tribes, and wicked plots.

Is our brain the only source for our memories? 350 Grams doesn’t think so. Starring Syrian actors Salloum Haddad and Abed Fahed, the thriller follows the successful lawyer Noah who recovers from a heart transplant only to feel the personality and memories of the man whose heart he carries arise and take him on an unexpected journey.

Nelly Karim stars in the role of Salma, a woman struggling to move on from her reckless and cheating husband.

The Syrian crime series tells the story of Sama, a security services captain played by Nadine Nassib Njeim who falls for the drug dealer she’s tracking down, played by Qusai Khouli.

The Egyptian action-packed series follows an undercover intelligence officer played by Ahmed Ezz who attempts to thwart the malicious plans of foreign operatives.