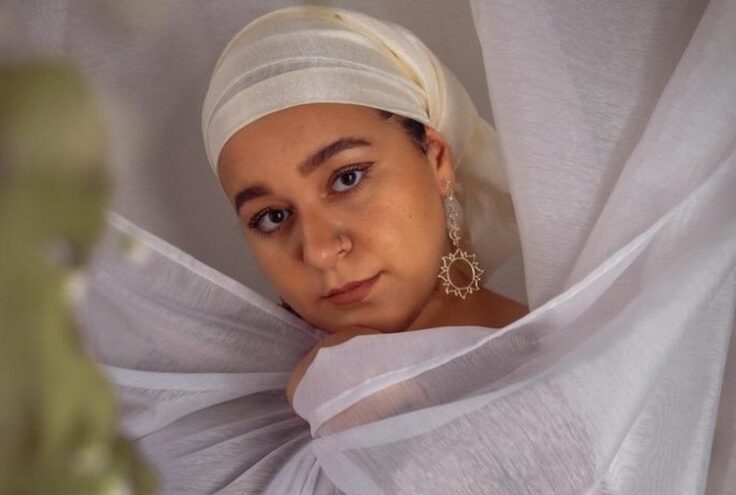 Why Those With Eating Disorders Need Your Support Every Ramadan

“Fasting actually fuels my disordered eating. I love Ramadan and I would never skip a fast, but due to my habits, I usually fast without suhoor or purge whatever little amount I eat before the fast starts as intentional vomiting breaks your fast. At iftar, I eat small and purge immediately.” – Anonymous

As a ‘Xennial’ – analog childhood, digital adulthood – who happens to be a practising Muslim, this anonymous confession on Quora resonates more than I care to admit. As a chubby child growing up in Dubai, my weight was always fodder for humour as far as my cousins and uncles in Karachi were concerned.

That was, of course, until I went the other extreme and lost 37 pounds in a matter of months by swearing off food. But my toxic relationship with my diet didn’t end when I started freshman year at Purdue University in 2001. It merely evolved into what I can retrospectively diagnose as exercise bulimia.

My nightly drug of choice? A family-size bag of Cheetos Puffs and several slices of soft, white Wonder Bread spread with Nutella, followed by hours and hours of breathlessly jogging around campus when no one was around.

I was lucky that a combination of close friends, academic distractions, and leaving dorm life for an apartment of my own slowly broke that self-destructive pattern, but I can’t help but debate the outcome if social media had existed at the time. Would I have fallen prey to the lies of Instagram or discovered body positivity role models to help speed up my healing process? And that’s why the following conversation on eating disorders and body image with self-love activists Fatema Majdi and Ameni Esseibi feels more timely than ever.

Ramadan is a month of healing and giving back, but can be greatly challenging for Muslims secretly grappling with eating disorders such as anorexia nervosa, bulimia nervosa, binge eating disorder, or the lesser-known orthorexia (an unhealthy obsession with healthy eating) What’s even more disturbing is that local statistics are few and far between. We know that 70 million people worldwide live with an eating disorder, but how many of them reside in the MENA region? That’s anyone’s guess.

It’s likely these dynamics have something to do with the fact that both eating disorders and turning to therapy remain a taboo, and Fatema and Ameni concur. The two may come from very different worlds, but both are loud and proud advocates of body positivity after collectively dealing with years of unsolicited comments about weight and appearance.

Fatema is a 26-year-old yoga teacher with a studio and brand of her own in Bahrain, fed up with how wellness culture remains elitist in nature. Ameni is 22, living in Dubai, recognised as the region’s first plus-size model and often the face of anti-bullying campaigns. Both women also identify as Muslim and share their thoughts on the aforementioned confession before delving into generational issues, cultural factors, and honest conversations. I caught up with them to chat about the topic, here’s what they had to say:

It’s safe to say that most women have a complicated relationship with food, so let’s talk about your experiences with eating disorders – or even disordered eating.

FM: I’ve never suffered from an eating disorder, but I was always kept under pressure – both by myself and those around me – to be on a diet. My experience with dieting started when I was only 13 and saw my mother go through the same thing. She would gain weight then go on a diet, gain weight then goes on a diet. I managed to break my pattern and eat more consciously as I grew up.

AE: It would be emotional eating for me. I have a very stressful life, so I tend to let go of all my anger and emotions through food. I’m actually talking to you both in the middle of interviews and meetings, and slowly going crazy.

You’re in fields where women are expected to look a certain way, but you both proudly refuse to conform. Talk us through your journey.

AE: I always say that you never lose – you either learn or win – and I genuinely think so many of my negative experiences led to who I am today. If I wasn’t bullied or didn’t have insecurities, and if people didn’t believe in me, I wouldn’t be this person. The fact that I had it hard made me who I am. The fashion industry is the most toxic, dirty, and uncontrollably corrupt industry out there. People need to understand it’s all marketing. What they see is never the reality.

FM: Growing up, I never, ever thought I could practice yoga. It didn’t even cross my mind until I lived in India for a year, where my roommate convinced me to attend a yoga session. I still remember how bad I was, going to the toilet twice just to catch my breath. But then it ended with meditation and, to this day, I cannot express how I felt. I was connected to my body in those moments, that’s what kept me going. I remember seeing a couple doing shoulder stands when I returned, both of whom were old and not exactly thin. I heard fireworks in my head, realising my body can do this, even when I’m older. Why isn’t that marketed everywhere? I’ll never understand why the image of yoga is a skinny chick in a sports bra. I wasn’t flexible, but eventually learned what my body is capable of. Yoga made me love my body.

Muslims struggling with eating disorders say Ramadan allows them to mask their behaviour – they’re fasting for weight loss, but seemingly fasting for God. I wonder if there’s a sense of relief or guilt that comes with that? Maybe both?

FM: I’ll be honest, at some points in my life, I used to get so excited about Ramadan because I associated it with intermittent fasting. I was deeply embedded in diet culture, so I thought of it as the perfect time to lose weight as I’ll be forced to diet. But now, looking back, it doesn’t make sense.

AE: Personally, I don’t associate Ramadan with weight and health and guilt. For me, it’s about my connection with God. If I fast, I’m doing it for God, not to detox my body. Some people do it for all those reasons, but I don’t judge anyone. And if that’s their intention, then that’s between them and God.

Experts often speak of this stereotype that eating disorders only affect young, white, affluent women. What are your thoughts?

AE: I don’t know if I agree, to be honest. Maybe we know more about such women by way of research, but it’s more about insecurities and a lack of self-love that can trigger them. I feel like eating disorders can affect anyone who doesn’t know the worth of their body.

FM: I know a lot of women in the Arab world who developed eating disorders because of pressure from society. It’s very natural in our culture for people to comment on the appearances of others – weight specifically. And it’s not just women. I know men who have undergone gastric sleeve surgery and experienced depression both before and after surgery.

Islam clearly states that those who are unwell, eating disorders included, don’t have to fast. But Muslims tend to be judgmental towards those not fasting. How should conversations around this issue take place?

AE: It has to start with breaking the stereotypes that people look up to the most. Like in my case, it would be modelling. Everyone thinks modelling is reserved for people of a certain look, height, and nationality – that’s why I chose to be a model. It was the easiest way to break one of the biggest stereotypes. It needs to be visual for there to be an impact because people won’t question what they see with their own eyes.

FM: I recently addressed this topic through Instagram, and many of my followers said they have body issues because of their parents. And parents then started telling me about how they pushed their children towards dieting and questioning if they were wrong. We need to educate them on how to encourage their children to be healthier. What they’re doing right now is demotivating. People struggling with their weight can see what they look like – they have mirrors. They don’t need someone they respect putting them down. Parents should talk about food being a beautiful thing, not the enemy. And instead of forcing their children to exercise, they should lead by example.

Lastly, what advice would you give to a young Muslim who’s suffering in silence?

FM: I teach four types of yoga, and always suggest that such people start off with yoga nidra, which is just meditation. This is to acknowledge and emotionally connect with every single part of their body before moving onto restorative yoga, which is mostly stretching and not as intense.

AE: Speak. If you don’t want to speak to a therapist, speak to your best friend, your mom, your sister. And if you think asking for help is a sign of weakness, speak to yourself and your dog – just let the words escape your body.