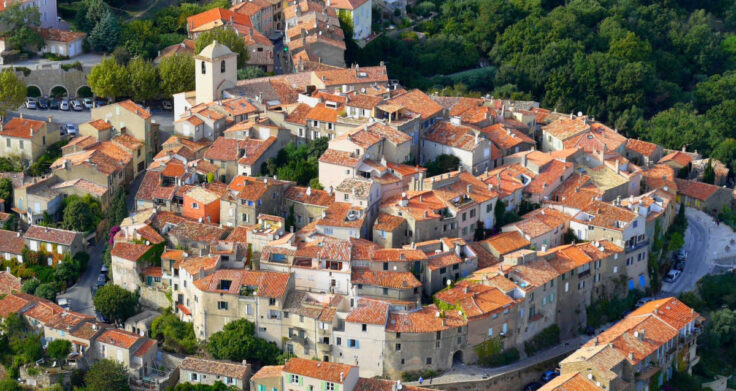 Did You Know There’s a French Town Named After an Islamic Saying?

It’s funny how life works sometimes. Unless you’ve been living under a rock, you should be aware that France’s relationship with Muslims, and Arabs in general, is far from being the best. In fact, it’s probably one of the most strained in present-day history; and we’re not exaggerating a single bit. Not a week, or should we say day, goes by without another scandal, controversy, or headline pointing fingers at anything that looks, thinks, or behaves like us. France’s history with the hijab alone speaks volumes about the existing racism and not-so-latent xenophobia present in the central European country. Ironically enough, it turns out that a city nestled in the French south draws its name from the Arabic word for God and the story behind it is enough to make any media agency, journalist, or pundit want to go on another Islamophobic rant. For that reason, today, we’re taking you on a virtual visit to Ramatuelle!

Located only minutes away from the very glamorous and glitzy city of Saint Tropez, Ramatuelle carries a past many would like to hide and conceal that we’d rather want to highlight instead. As some of you may be aware, a couple of centuries ago, areas of Europe were under North African dominance, with an empire that saw major parts of modern-day Portugal, Spain, Italy, and France be put under their sovereignty.

What eventually came to be known as Al-Andalus ruled most southern ends of the world’s oldest continent from the 8th to the 15th century. To this day, their influence and impact on European soil can still be tangibly felt and seen across the land, with locations of the likes of Al Hambra in Granada, Spain, serving as first-hand evidence of Islamic dominance of the time. And, the small village of Ramatuelle is no exception, standing as another example of Andalus control over the region.

According to the town’s official website, it appears that Ramatuelle takes its name from the Arabic language. Meaning “mercy of God” when translated into English, the Mediterranean City was allegedly called “Rahmatu-llah” in the past — a toponym locals have a hard time owning up to given the prominence of far-right movements in the area.

As we know, language is very important when recording or reporting on any given topic, and the jargon used in the town’s presentation of its history reveals the disdain officials have vis a vis with their past. “Foreign people,” “seize,” and “attackers” are all terms seen being used on the website, the same words that also usually happen to be used in radical right-wing narratives. What’s more, the short paragraph works around a slew of modality adverbs, all claiming that none of the provided explanation is certain, although it adamantly emphasizes the fact that French nobleman Guillaume I de Coucy would have “liberated” the province in later years — but how can you be so sure about that if you’re not even sure about the people that he freed the place from to begin with?

Whatever their stance is on the question, it just happens to be very ironic that to this day there is a village referencing an Islamic honorific that still exists in the country that has made their alienation of all things Islam and Arab a daily occurrence as well as an identifiable feature of theirs. The universe sure has a great sense of humor.