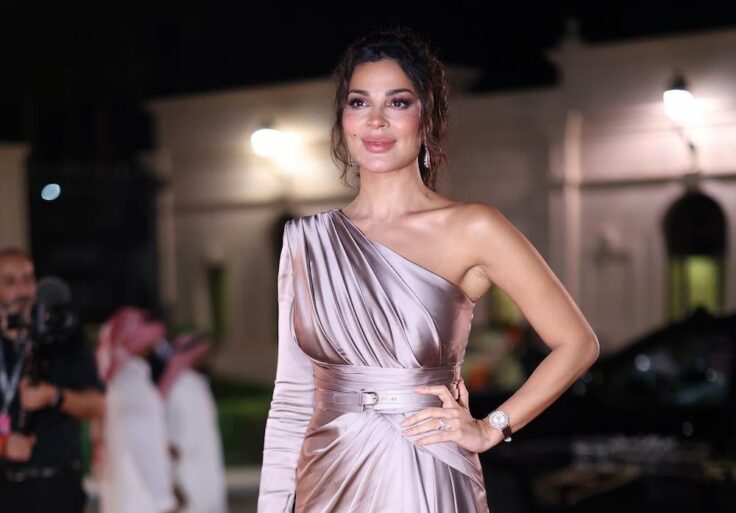 Cinematic history in the making

The Red Sea International Film Festival (RSIFF) is back this year with a full line-up of in-person screenings, talks, and events, and a slate of outdoor concerts featuring performances from the likes of Wegz and Balqees. The second edition of the hotly-anticipated film festival kicked off in Jeddah on Thursday with a world premiere of romantic comedy What’s Love Got To Do With It? (directed by Shekhar Kapur) and brought with it a host of international and regional actors, filmmakers, models, and industry insiders who descended upon the seafront Ritz-Carlton hotel in droves to celebrate their fellow big screen colleagues until Dec.10.

The opening ceremony also saw career awards handed out to English film director and producer Guy Richie, iconic Egyptian actress Youssra, and Bollywood mega-star Shah Rukh Khan, in addition to powerful speeches that had the audience cheering and clapping. Oscar-winning director Oliver Stone, who is president of the international jury, voiced his support for the Kingdom stating “You see the changes that are coming here, the reforms. I think people who judge too harshly should come and visit this place and see for themselves.”

Sharon Stone, who is among the international A-listers in attendance, echoed on Oliver’s sentiment in an emotional and tear-filled talk the next day, during which she described her reason for attending, despite admitting there had been concerns from her friends and family back in the US. “I’m an envelope breaker, my success is to break the envelope, just like coming here,” Stone said of her decision to accept the invitation. “Everyone said to me, ‘aren’t you afraid?’ And I said, ‘I’m afraid not to know. So why don’t I go, see how it really is and I’ll tell you?’ What I’ve learned is that what everybody tells you isn’t always the way it is.”

The second edition of RSIFF got underway exactly five years to the week that news first broke that Saudi Arabia was lifting its 35-year cinema ban as part of sweeping reforms by Crown Prince Mohamed Bin Salman to diversify its economy. The first of its kind in the Kingdom, the inaugural edition of the event kicked off last November in Al-Balad, Jeddah’s historic downtown, to celebrate cinema as a force for positive change, while exploring how cinema can create an interface connecting a new, outward-looking Saudi and the world— all in addition to being the premiere hub for cinema in the Middle East.

RSIFF is not the first time Saudi Arabia has staged a film festival, but it marks the first time it has held one that is all inclusive, with filmmakers and actors taking part from the Kingdom, Middle East, India, America, Africa, and beyond.

This year’s theme is “Film Is Everything,” which celebrates movies not just as means of entertainment but as a tool that brings cultures together. The attendance of regional stars like Tara Emad, Salma Abu Deif, and Nadine Labaki alongside international hard-hitters such as Luca Guadagnino, Guy Ritchie, and Priyanka Chopra Jonas further proves that cinema is meant to be all encompassing and embracing.