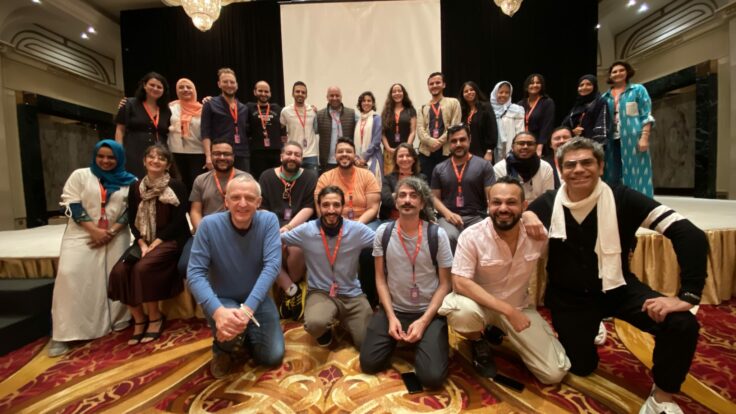 After a successful first iteration of the festival having taken place last December, Red Sea Film Festival is already working on what’s about to come. This week, organizers have revealed which projects have been selected for its Red Sea Lodge: a Saudi-sponsored program stitched to mentor and support rising regional talents established in collaboration with the Torino Film Lab.

12 filmmakers were meticulously plucked out of a wide pool of participants to take part in the eight-month long initiative. The lucky chosen ones will take part in five intensive workshops to hone and nurture their raw ability to shoot, direct and produce short and long features. The final masterclass is set to be organized during the second edition of the festival scheduled for this end of year in Jeddah.

“The Red Sea Lodge is now building momentum and proving to be a vital support initiative which helps Arab talent to reach new heights in their film careers and ultimately amplify the impact of Saudi and Arab film around the world,” Shivani Pandya Malhotra, managing director of the RSIF said in a statement.

For the Festival’s debut back in December 2021, Zaid Abuhamdan’s “The Zarqa Girl” and Dalyah Bakheet’s “The Photographer of Madina” by Dalyah Bakheet both received a grant of $100,000 to develop their stories and concept further.

Out of the 12 projects that were shortlisted, 6 hail from Saudi while the other is split between Egypt Algeria and Lebanon.

Seasons of Love & War: based on the novel Divers of the Desert written by Amal Alfaran, Director/Screenplay Hana Alomair, Co-Writer/Producer Soha Samir