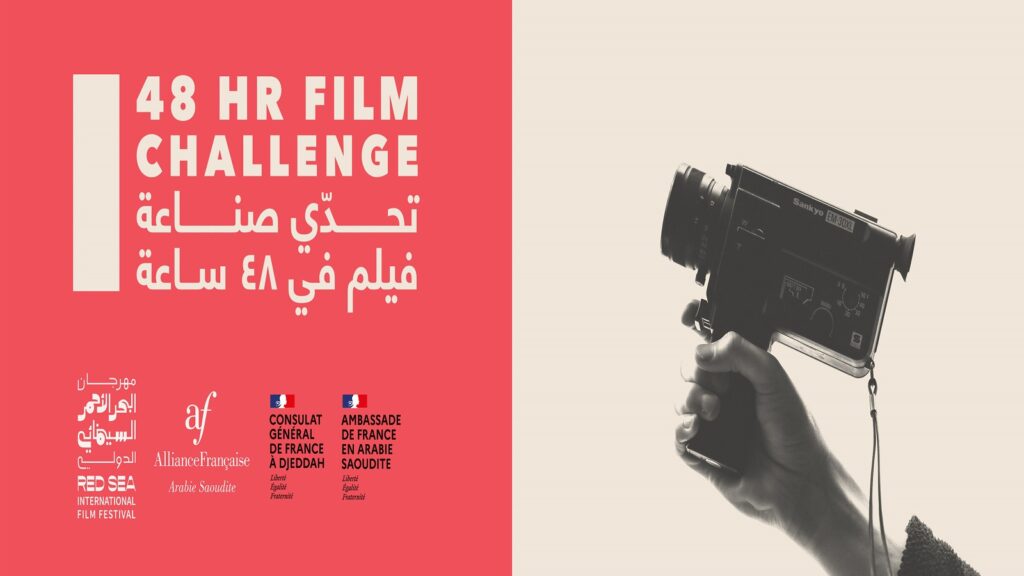 Do you have what it takes ?

Since its inception in December last year, Saudi Arabia’s Red Sea International Film Festival has made its mission to give back, support, and nurture the kingdom’s homegrown talents loud and clear. One of its many initiatives include the 48Hr Film Challenge, a short film competition which first launched in 2020.

This week, it was announced that the competition is back and as of yesterday, applications are officially open. In collaboration with L’Alliance Française, the French Embassy in Riyadh, as well as the French Consulate in Jeddah, the scheme, now in its second iteration, invites young, aspiring Saudi and Saudi-resident filmmakers to dream up a short film in just two days.

Designed to prompt curiosity and innovation and push young filmmakers to their limits, the 48Hr Film Challenge will see the creation of intriguing shorts in an exciting race against the clock. With no restriction on genre, the initiative caters to creative minds aged anywhere between 18 to 25. Shortlisted teams, and ensuing selected short projects, will be rewarded with an intensive three-day mentorship with insightful workshops in short film production. Meanwhile, the two winning teams will take home trophies designed by renowned Syrian sculptor Rabi Alakhras.

The winning teams will be selected by a panel of experts that  includes the Head of Jury, industry-acclaimed Tunisian actor Dhafer L’Abdine alongside renowned Saudi journalist Wael Abu Mansour and award-winning French screenwriter and filmmaker Claude Mourieras.

“The Saudi film industry gave us a glimpse of its potential with the vast variety of Saudi-made films that premiered in the first edition of the Red Sea International Film Festival” Dhafer L’Abdine, president of the jury, commented. “We are merely scratching the surface, but competitions and programs like the 48Hr Film Challenge help us to seek out and uncover the untapped talent that is clearly prevalent in the Saudi film community and equip them with the knowledge and experience to create their own work. I have high hopes for the next generation of Saudi filmmakers, and I’m very excited to see what they accomplish.” he continued.

With the competition culminating with a screening scheduled to take place this fall, the initiative is definitely one to keep a close eye on.

Do you think you have what it takes to create a short film in a mere two days? If so, you can apply for the challenge online.