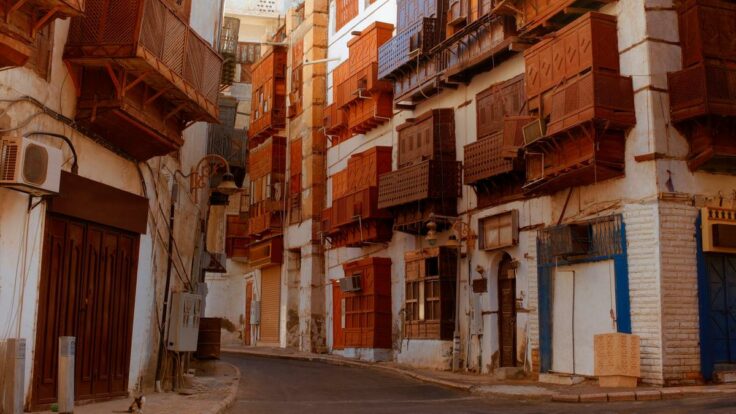 And it’s looking brighter than ever.

“Cannes Film Festival is one of the most important film festivals and having the Red Sea here is a strong message that we are here for business. We have a presence. We are building a wonderful industry,” says Mohammed Al Turki, Chairman Festival Committee for the Red Sea International Film Festival.

There’s no denying Red Sea Film Festival’s authority at the prestigious affair. The event also witnessed the very promising announcement of the Red Sea Fund injection of another $4M to support the region’s blooming and fast-growing film industry.

Ensuring the sustainable future of Arab cinema, the funding, which has now reached a vertiginous total of $14 million, will now aim at developing 40 new compelling films from Saudi and Arab filmmakers whilst also empowering the great pool of talent visible from within the Arab World through thorough assistance from early stages to post-production instances.

“Saudi Arabia is going to fill a creative gap in storytelling. Arabs in general are storytellers. All these stories have not come to life, they are still hidden in books,” Bin Bella added in the short documentary produced by MILLE World following their historic arrival to showcase the Kingdom’s ambition to bring to the region a festival that allies star power and quality cinema, like Cannes.

“I think it’s a great time to be in Saudi to make films. But I think that what Saudi cinema needs is authentic stories, written by Saudi voices” added Saudi writer and actress  Sarah Taibah.

The inaugural edition of Red Sea Film Festival will run this December 6 to 15, alongside its own marketplace, the Red Sea Souk, which will run from December 8 to 11.

Set to take place at the UNESCO world heritage site of Jeddah’s old town, the scheduled programme will blend new films with retrospective features celebrating the region’s past and present creative minds and voices.

Designed as a platform to connect people from the field together whilst heightening the region’s increasing role in the industry, the events, masterclasses and workshops will also represent a key element in building a cohesive and comprehensive community around the MENA’s screen industry.