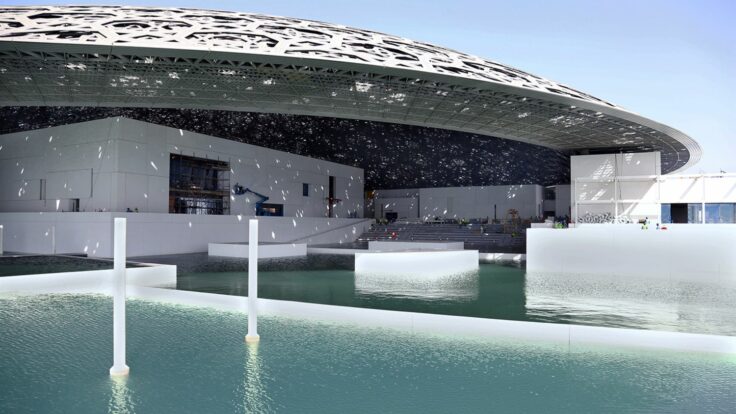 Keep your eyes locked on this

Partnering with Swiss watchmaker’s Richard Mille, the Louvre Abu Dhabi is set to launch an annual prize granting $50,000 to one artist selected from a wide range and pool of other fellow emerging creatives.

Conducted through an open-call process, creatives will be assessed by an international jury that will be required to select up to 6 artists from which one winner will be chosen to receive the much-coveted art prize. The winning artist will also see their works exhibited at the Louvre.

Running from November all throughout March 2022, the exhibition, which will be titled “Louvre Abu Dhabi Art Here”, will be entirely dedicated to showcasing and spotlighting local or foreign-based Emirati contemporary artists.

Centring the installation around the reflection “on the country’s legacy as a territory where questions of past, present, and future combine and overlap” as the young nation is leaning towards its half-century anniversary, the inaugural edition will be accepting proposals until August 31.

“We already know that world-class artists live among us. This new prize and accompanying exhibition will serve to spotlight the best of current UAE artistic talent in a year where our nation is both celebrating 50 years of achievement and looking forward to the next 50” said Mohamed Khalifa Al Mubarak in a statement, chairman of the Department of Culture and Tourism.

The announcement of the winner will take place alongside the country’s cultural season adding an extra event to look forward to.

Set to last for the next decade at least, this isn’t the first time the Swiss manufacturer has found interest in the Emirati kingdom. Having grown into one of the company’s main markets, the UAE had already appealed to the European watchmakers as a limited line of products celebrating the 2009 Grand Prix had already been seen on Emirati shelves.

Get crafting because the event is about to get packed considering the noise it’s been making so far.