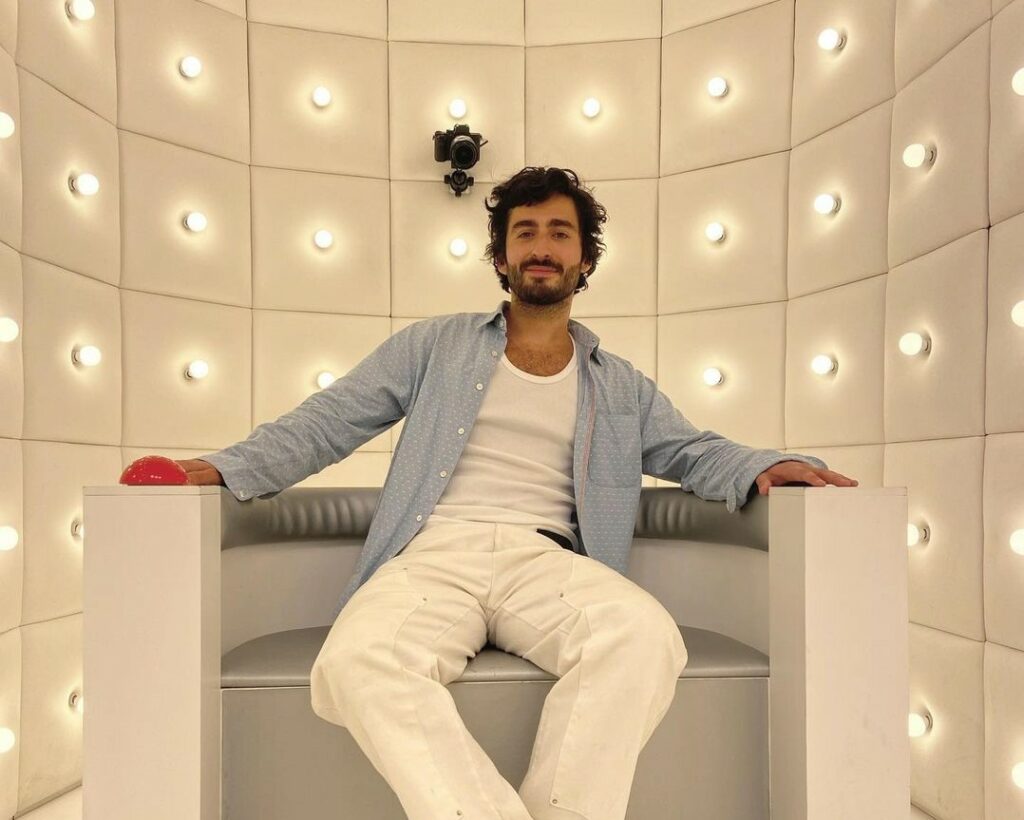 Rising French-Algerian Star Symon Answers All of Our Burning Questions

Including why his name spelt with a ‘Y’

It’s excruciatingly hot when I meet mononymous singer and songwriter Symon in a quaint Parisian cafe amid the kind of heatwave that would make the most fervent climate change-denier believe in global warming. Naturally, the artist is wearing a pair of giant, oversized sunglasses, partly to shield his eyes from the sun’s harmful UV rays, but that also embrace his playful and high-energy personality that radiates as brightly as the blazing sun, filling up the entire room with good vibrations. His infectious personality means that brands can’t help but invite Symon to perform a medley of his compositions at their private events or tap him in their latest campaigns. His newest role sees him star in Montblanc’s new campaign for its “On the Run” collection, shot by US-Moroccan photographer Jinane Ennasri, in the French capital during Paris Fashion Week. It was on set for this shoot that we met our guest for the day.

Releasing his debut album, titled Comme Tout le Monde that same evening, it was with a lot of excitement that Symon took the time to sit down with us to shed more light on his flourishing career, early beginnings, and deep well of inspirations. On a rise these past few years, the part-Algerian soloist has slowly been making his foray into the world of music and entertainment, cementing his atypically spelled name as one to seriously keep under the radar.

“The ‘Y’ comes from my parents who both had the letter in their names and thought it’d be funny for their children to carry the same mark which means that my name is Symon with ‘Y’ and my brother is called Elyot with a ‘Y’ also,”  he shared.

The 28-year-old singer and songwriter proudly boasts an impressive portfolio of singles to listen to via different streaming platforms online. Serving as small tasters of what was yet to come, his handful of releases eventually culminated with the release of a first album a little less than two weeks ago— a wholesome moment we were lucky enough to share with him. 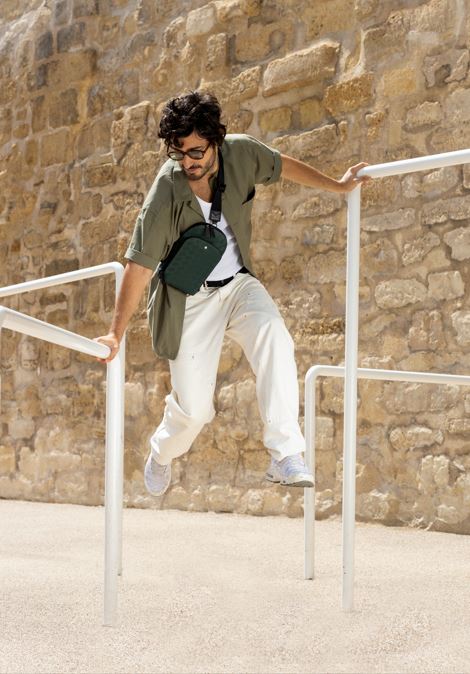 “I was brought up in a family of musicians. Everyone makes music back home from my mother to my grandfather. As for myself, it’s only been three years that I’ve been taking it seriously,” he explained.

Though Symon’s first introduction to music came when he was a mere baby, he was hesitant to pursue it as a career and instead decided to go into higher education to study cinema and history of arts to reassure himself as well as his family.

“It wasn’t necessarily all that natural for me to go into the world of music as my parents, and whole family actually, know what it is like and how much of a struggle it can be to try and live off your own craft,” he recalls, adding “but music was always there on the side.”

Symon reveals that he initially began taking music more seriously as a way to cope with the end of a now-past relationship. The heartbreak eventually led him onto the path of heart-mending, making him explore new ways of harping his sorrowful feelings. With rhythm and all sorts of poetry running through his veins since childhood, the young artist, with the help of his kin, went down the same sonic route some of his peers made a name in.

“I felt lost. I broke up with the person that is now my ex, around the age of 23, and my grandad, who also makes music and who was going on tour in Canada, told me to tag along, to which I agreed. We ended up making a track and performing it onstage together, which made me want to rekindle with my passion for music and just took it from there,” shares the artist.

One could imagine that working in the same industry as your family can come with a level of pressure to involve them in the creative processes— a sentiment that the trailblazing artist does not relate with. 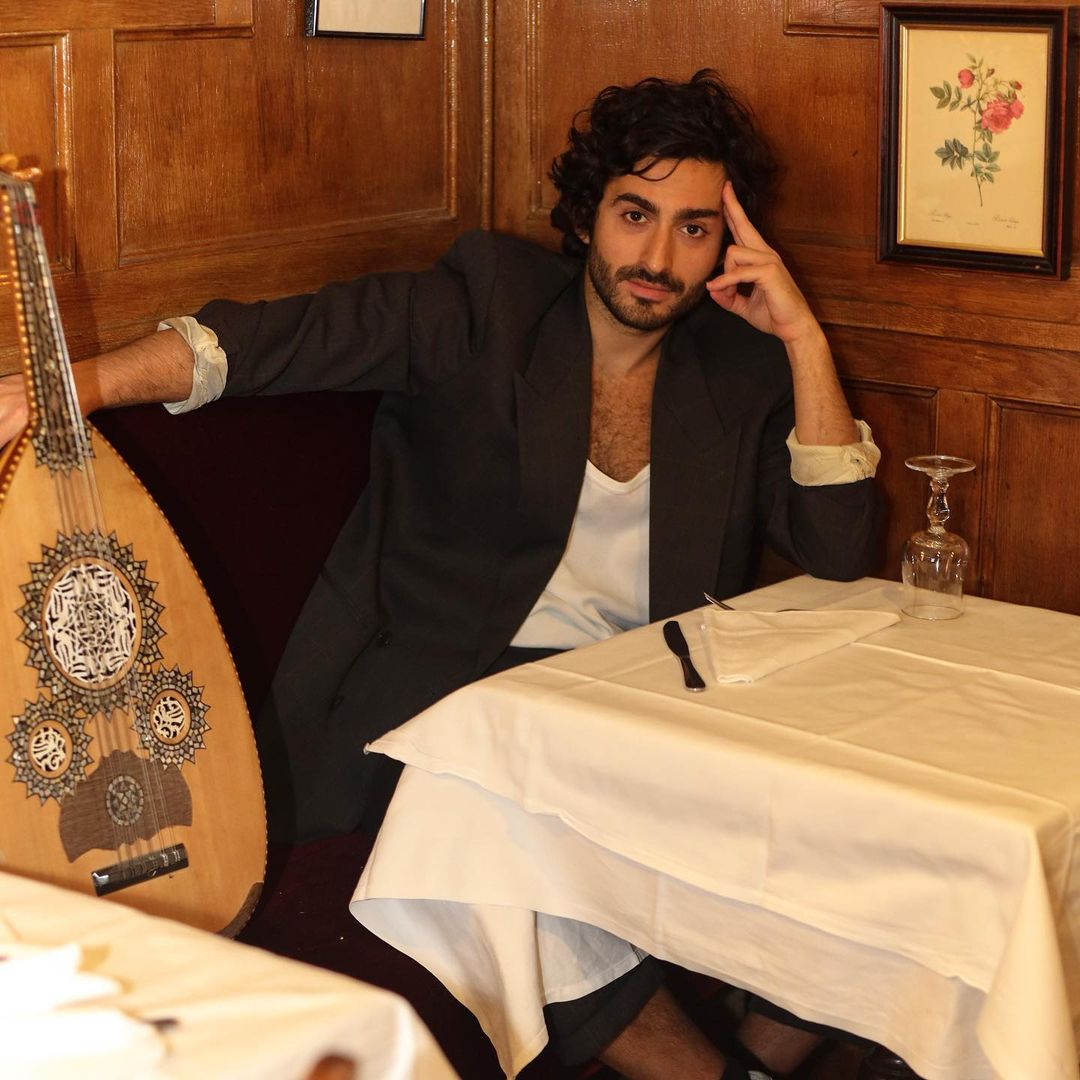 “Coming from a family of artists doesn’t necessarily come with pressure for me but instead it came with good advice,” Symon explained. “It’s a different outlook on your work. It’s heritage that’s being passed on. I’m from Algerian descent where my ancestors were known for playing oud, for example, which influences me loads,” he continued.

Using his rich cultural background for his own benefit, Symon’s tight-knit family is one that opens the gates to his Algerian roots and paves the way for his many influences to blend together and birth cross-genre tracks. For instance, the young man’s first album includes an interesting remake of Dahmane El Harrachi’s  world- famous 1973 hit Ya Rayah. However, his well of inspirations go beyond the physical borders of his native Algeria.

“I really got into the Moroccan rap scene through Laylow’s feature with Shobee and Madd a couple of years ago. From a visual and musical perspective, this new generation is just insane,” he avidly shared.

“There’s also a guy called Tawsen, of Moroccan descent himself, that I’ve been following and that’s been connecting with creatives from over there that I also find fantastic. I’m loving the way he’s diving back into his roots, blending genres together and drawing inspiration from it all,” he continued. 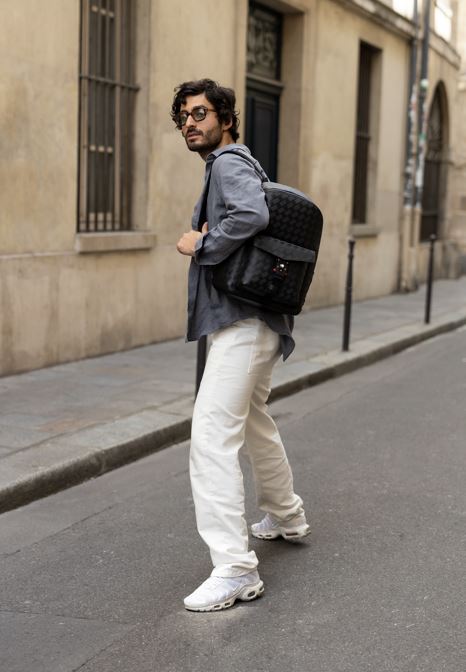 Always carrying more than one string to his bow, the multifaceted singer, songwriter, and now model seems to hone an endless amount of ambition for his career. When asked about whether he sees himself dabbling in other creative outlets besides music, Symon expressed his desire to pursue acting in the near future.

“I’d like to go into theatre and cinema, but I also want to keep focusing on music at the same time,” he confessed, adding “I also want to get back on stage. It’s something that we all, artists and fans, collectively have missed out on but I really want to experience more of in the near future. But as of right now, I’m just happy of having reached the goals that I set myself and hope to keep this living dream going for as long as I can.” 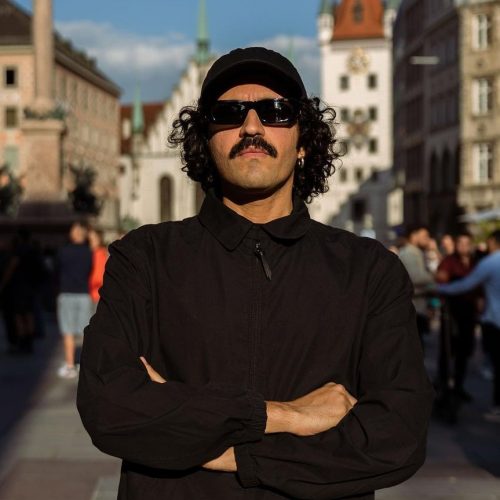 Basil Alhadi Opens Up About Mental Health, Staying Grounded, and Everything in Between