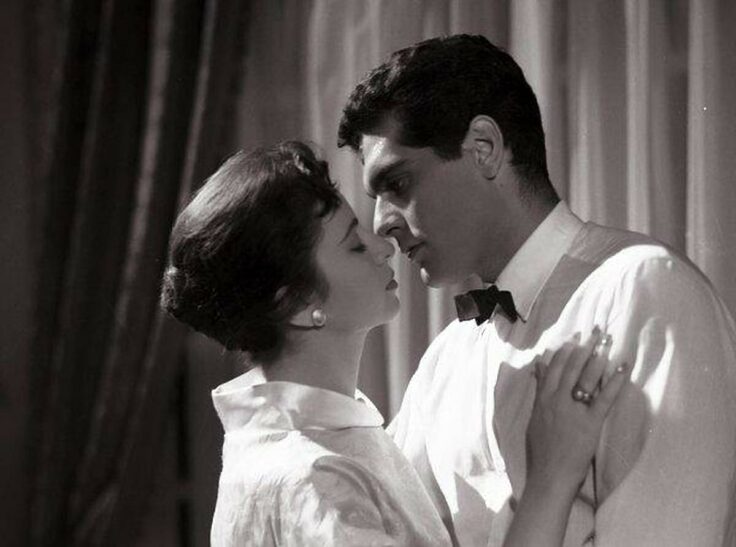 Ever wondered how Faten Hamama and Omar Sharif fell in love? It was on the set of Youssef Chahine’s The Blazing Sun. The 1954 film still stands as one of Arab world’s most legendary love stories, having led to the couple’s marriage a year after its release.

And in the decades that followed Arab cinema hasn’t let us down when it comes to romance, perfecting the art of love tales that left us swooning after some of the most iconic on-screen couples, from Egyptian classic rom-coms to modern Tunisian dramas.

With Valentine’s day right around the corner, we rounded up the best romantic Arab films for you to watch.

Hedi, caught up in an arranged marriage, falls in love with Rim, a woman he meets while away on business one week before his wedding. The duo begin a passionate affair as the wedding preparations continue back home.

Monaliza, a Jordanian woman, who sees no reason to smile, falls for an Egyptian man living in the country’s capital. The classic rom-com tackles the issues surrounding multi-ethnic couples.

Iconic Egyptian actress Nadia Lutfi plays the lead alongside Abdel Halim Hafez in his final film appearance. Hafez’s character falls in love with a dancer, played by Lutfi, only to be shunned by his friends.

If you’re a fan of the great Sharif-Hamama pairing, then this is the perfect film for you. The Youssef Chahine-directed production marked Omar Sharif’s acting debut, starring alongside Faten Hamama as the lead. It tells the story of an agricultural engineer who falls for the daughter of a greedy landlord.

The Egyptian romantic comedy-drama film directed by Wael Ihsan stars Egyptian heartthrob Tamer Hosny as a composer who’s still madly in love with his formerly blind ex. When she returns to Egypt engaged to his childhood friend, the doctor who restored her sight, things start to escalate.

Salah, a young college student played by Abdel Halim Hafez, spends his nights dreaming about Samiha, his first love, envisioning her face in the “empty pillow” beside him. She then goes on to marry someone else leaving him forever haunted by her memory.

The great Faten Hamama as a working-class girl, and Omar Sharif playing the role of an heir to a huge fortune, have a meet-cute at an auction that leads to a whirlwind marriage.

The list would not be complete without ‘Bab El Hadid’. The Youssef Chahine film, set in Cairo’s central train station, follows Kinawi, a newspaper vendor obsessed with Hannouma, a beautiful attention-seeking woman illegally selling drinks at the same station.