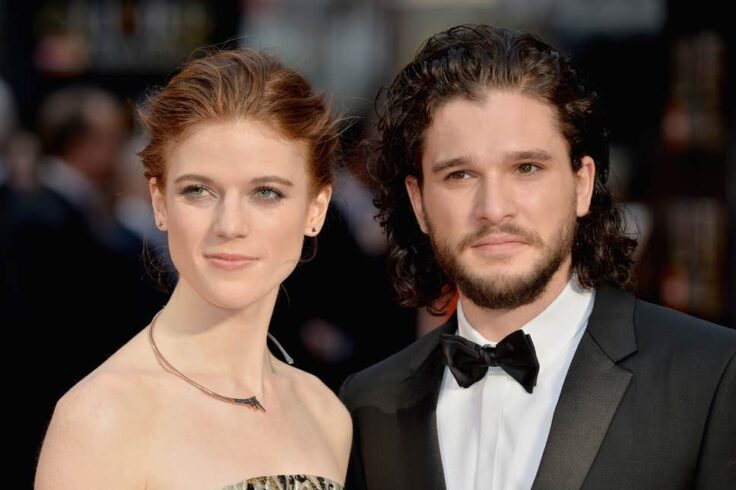 Much like the show itself, every actor and actress from HBO’s ‘Game of Thrones’ has gained a cult following of their own.

Rose Leslie, who played the role of Ygritte—a woman of the Free Folk who lived north of the Wall—became John Snow’s first lover in the show. Although her character only appeared on the screen during the show’s second season (and disappeared when she was killed in the fourth season), the legacy of Ygritte lives on.

Not only was the character the ultimate on-screen badass female, she was heroic and a force to be reckoned with, so it’s easy to see why she caught the attention of John Snow (played by Kit Harington).

Much like her ‘Game of Thrones’ co-stars Maisie Williams and Emilia Clarke, Leslie has struggled to separate herself from her GOT character in real life. But we’re here to give you five things you probably didn’t know about the Scottish actress.

Rose is multi-lingual
Despite being born-and-raised in Scotland, Leslie’s mother decided to move her family to France when she was just 10-years-old in a bid to give the children a new dimension of culture. Living in a town just outside of Paris, Leslie became fluent in French and still is to this day.

Rose is married to Kit Harington
Yes, the on-screen lovers became a real-life married couple. Notoriously private about their relationship, the couple have intentionally kept every aspect of their coupling on the down-low. But ironically, when they got married, instead of choosing to do a glossy wedding photoshoot and say, have the photos published in Vogue, they chose to go old school and put a small announcement of their wedding in the pages of The Times newspaper.

Rose Grew Up in a Castle
As if she was born to be in ‘Game of Thrones’, Leslie actually grew up in a real-life castle in Scotland. Her ancestral family home of 500 years, Scotland’s Lickleyhead Castle, is an insanely impressive property that looks like it stepped straight out of a period drama.

Rose is a Major Award Winner
Beyond being a red-haired love interest on screen, Leslie is an extremely talented (and industry-acclaimed) actress. Outside of her role in ‘Game of Thrones’, the actress also won a Scottish BAFTA for Best Acting Performance in TV movie ‘New Town’.

Rose Descends From Royalty
Her character in GOT may be a free-running nomad warrior woman, but in real life, Leslie comes from noble Scottish lineage. Her father carries the title “the Aberdeenshire Chieftain of Clan Leslie” and her mother is a descendent of King Charles II and Frederick Weld (the 6th Prime Minister of New Zealand).