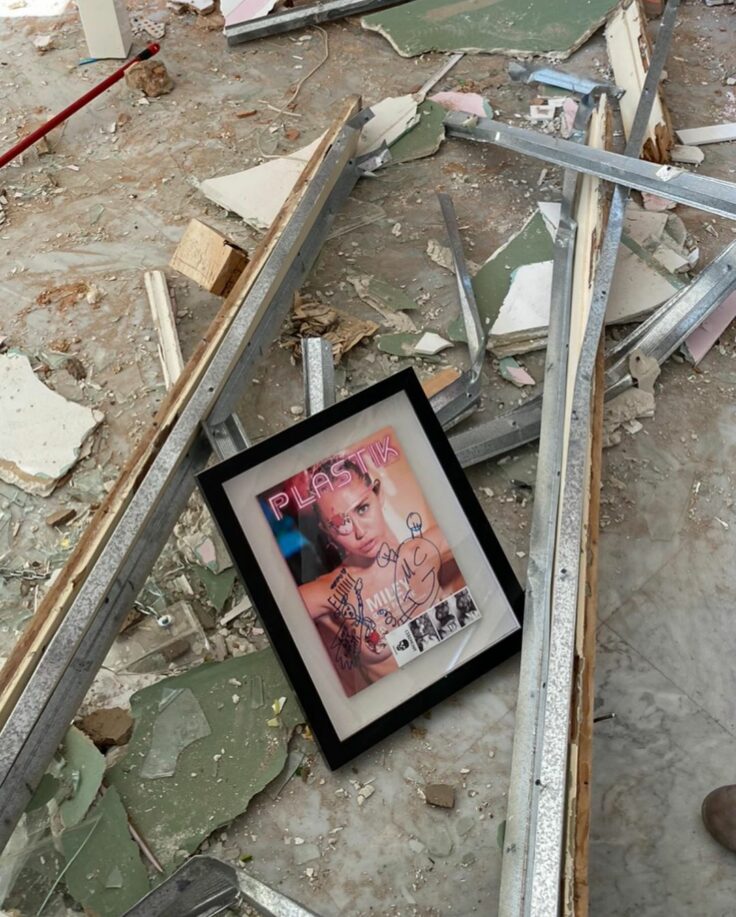 And this is how you can help, too

As the world looks for ways in which to support Lebanon, Syrian artist Saint Hoax has a plan. The pseudonymous artist teamed up with Beirut-based Plastik magazine to raise funds in a bid to support small business owners and artists who were each severely impacted by the recent explosion that shocked the capital.

“Please help us rebuild and restore our communities,” wrote Beirut-based Syrian artist Saint Hoax, who amassed 2.2 million followers on Instagram for his depictions of public figures, in an Instagram post. The artist, who is based in Beirut, was also directly affected by the blast, with his home damaged, along with Plastik magazine’s offices – but both were quick to clarify that everyone was fortunately safe and unharmed.

But this isn’t an anomaly. Countless buildings were destroyed by the blast leaving hundreds of thousands of people homeless. The timing of the explosion couldn’t have been worse. The nation currently has one of the highest inflation rates in the world, with more than 50 per cent of the population currently living under the poverty line. With coronavirus implications added, things have taken a turn for the worst.

Saint Hoax and Plastik magazine are now working to support the communities that they live within. Based out of the usually buzzing neighbourhoods of Gemmayze and Mar Mikhael—which were both totally destroyed by the blast—the duo have launched a fundraiser in a bid to restore the area.

To donate, all you have to do is click here.