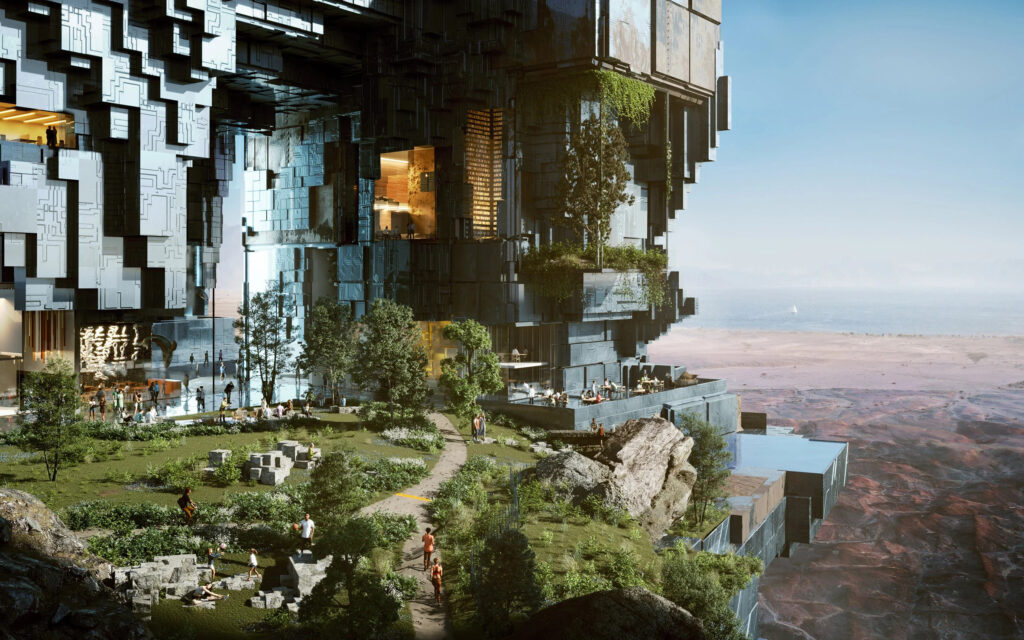 Because size does matter

Since Crown Prince Mohammed bin Salman’s rise to power, Saudi Arabia has embarked on an ambitious mission to re-develop, transform, and address both challenges of today and tomorrow. In an ongoing effort to diversify the Kingdom’s main streams of revenue, notably by reducing their dependency on oil through the “2030 Vision” initiative, government officials, this week, have just revealed that the Gulf country wants to add another project to its ever-growing list of titanic projects for the future. Enter: Mirror Line, the world’s largest habitable structure.

To bring this new venture to life, NEOM, Saudi Arabia’s sovereign-wealth fund, will have to splash a hefty $1 trillion out in total once completed. The price tag will cover the expenses of two mirror buildings up to 488 meters in height and running sideways for about 75 miles that will be able to house around five million individuals. With both ends being connected by a high-speed train, the linear city will also host some of the world’s most modern facilities including a marina for yachts, an above-ground sports stadium, as well as a vertical farming complex. What’s more, residents will also be able to subscribe to an all-inclusive formula which will serve breakfast, lunch, and dinner.

Roughly about the same size as the state of Massachusetts, Mirror Line, designed by US studio Morphosis Architects, will be the centerpiece of the new desert city eponymously called NEOM. Despite the Crown Prince’s goal of having it inaugurated by 2030, the zero-carbon project is expected to take up to 50 years to build by involved engineers.

“The designs revealed today for the city’s vertically layered communities will challenge the traditional flat, horizontal cities and create a model for nature preservation and enhanced human livability,” commented Ben Salman, who is affectionately referred to as MBS,  on the one-of-a-kind design. “The Line will tackle the challenges facing humanity in urban life today and will shine a light on alternative ways to live,” he added.