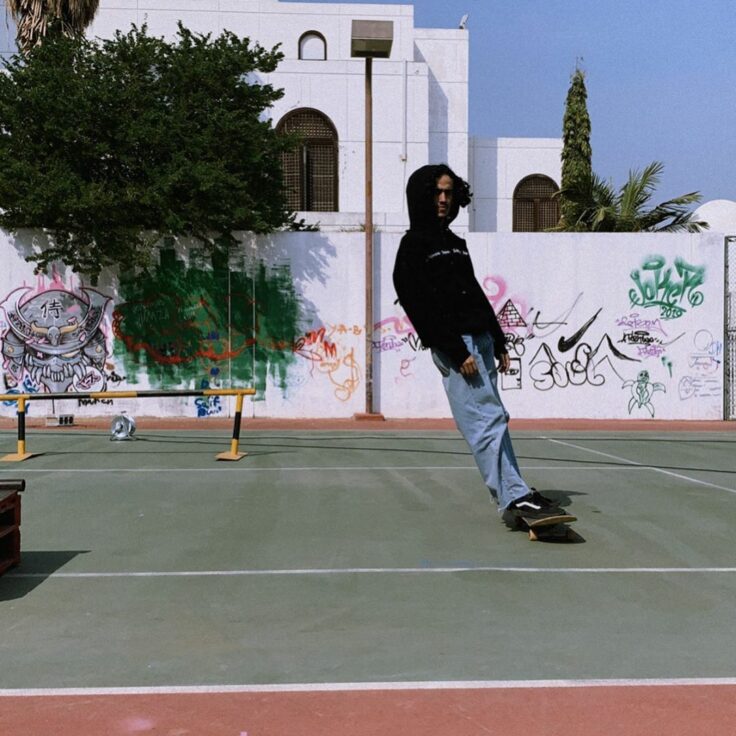 “I saw some skateboarding videos on YouTube and I noticed it wasn’t something done regularly in my community,” says Ali Bin Mahfouz, one of Saudi Arabia’s first skateboarders, and the star of a new film by Vans.

“I decided to build my own rails, funbox and mini ramps and learn how to use it myself,” he explains in the film, which is entitled ‘Keys to the Kingdom’. As a result, Jeddah’s skateboarding scene has continued to thrive. Today it’s a fully-fledged movement. As Mahfouz explains, the sport would have been considered ‘obscene’ a mere few years ago.

Not a single skate shop exists in the Kingdom, and when Mahfouz took his skateboard (a generic one, ordered on Amazon), to Jeddah’s corniche, he was told that he wasn’t allowed to use it there.

The film sees Mahfouz tell his story and how he navigated the Kingdom’s strict rules as his interest in skateboarding grew further, even delving further into a few stints he had at various police stations across his Jeddah, his hometown.

The Saudi city joins a few other Middle Eastern cities where skateboarding is becoming prevalent. Amman, saw its first skatepark, 7Hills Park, built just a few years ago. Meanwhile North Africa has long supported its local skate scenes, with many professional skaters coming out of the region.

“The scene here in Jeddah is small,” admits Mahfouz, but it’s growing. The young Saudi skater and his friends found a home where they can skate uninterrupted. Merkaz, as the new skatepark is called, is where he and fellow skaters have been honing their craft.