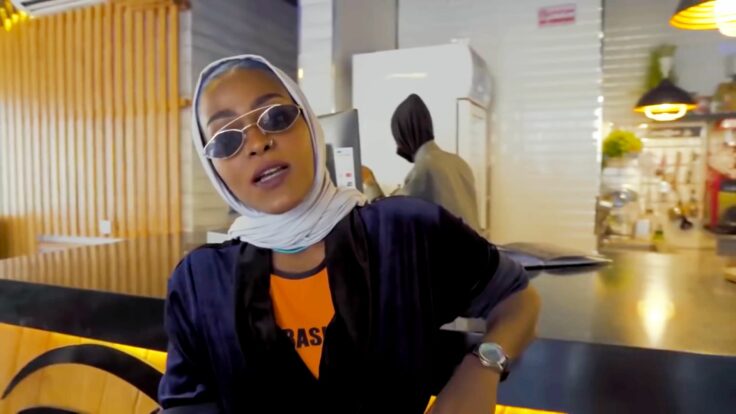 A Song About Makkah is Sparking Major Controversy in Saudi Arabia

From Egypt to Morocco, Arab rappers have been making major waves in recent years. There’s been a few roadblocks as well, just take Egypt’s recent ban on Mahraganat as example, and now a Saudi rapper has been stopped in her tracks over a new song.

Ayasel Slay, a Saudi woman from Mecca in Saudi Arabia is in hot waters after releasing her song ‘Bnt Mecca’, (‘Mecca Girl’ in English). The young rapper uploaded a video to her song on YouTube last week, where she expresses the pride she has for her hometown.

“Yo drop the beat, with Mecca girls you can’t compete” she raps. “A Mecca girl is all you need / Don’t upset her, she will hurt you / With her you can complete the Sunna / Your life with her will become paradise” she’s heard saying, rapping in both Arabic and English.

The song immediately received scrutiny from Saudi officials. The governor of Mecca, Khalid al-Faisal, called for the arrest of Slay in a tweet, using the hashtag #you_are_not_Mecca_girls.

Twitter users in Saudi Arabia were also quick to express their disdain towards the song. Many social media users were also more critical of Slay’s skin colour. “Mecca is not African” read one tweet.

Other Twitter users came to Slay’s defence. One wrote: “A Saudi woman who appears 2 be of African descent made a cute video rapping about Makkah & her culture using witty lyrics. The video went viral, she was reported to authorities. The twitter backlash against her is full of racists.”

Other users were quick to deem Slay’s song inappropriate, citing Makkah as a holy site that should not be spoken about in music. “Makkah is where the house of Allah is. That whole area is sacred. Governed by shariah law. It’s not meant for trashy songs and anything that is considered haram. It’s really not that hard to keep it out of ur lil “cute” songs.