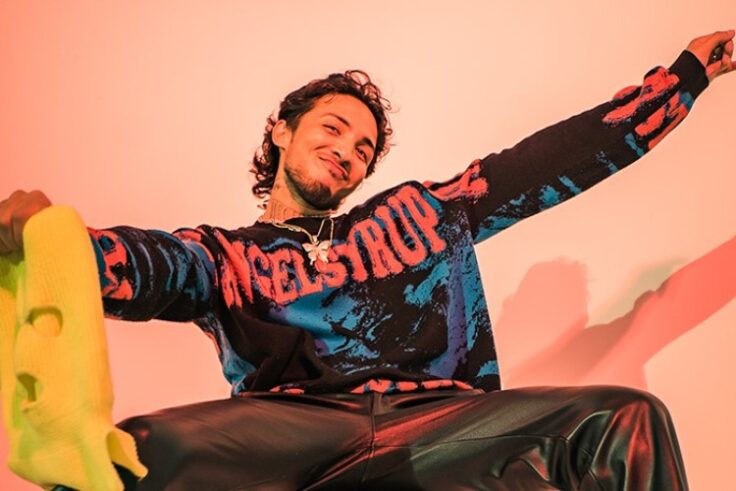 An exploration of his latest video

A Filipino-Omani rapper with eyelids painted pink, sat in a bathtub full of barbies is a scene most of us never thought we’d witness. But we’re glad we are. Seki SuperVillain wasn’t afraid to make it happen.

If we were to describe his visual and musical identity, versatile would be the first word we’d use. Recognised for his specific distinctive style and unique sound, he is best described as a creative rapper/singer who knows no boundaries once you embark into his artistic space.

Marking his third release of the year through his latest video, the young composer is slowly making a name for himself in the industry. Virtuously breaking most stereotypes and preconceptions revolving around Arab music as well as its underground pop scene, Seki also explores and challenges the depths of identity and gender through his latest visual endeavour.

The song can be labelled as a subdued techno-rock ballad tainted with hints and references to hip-hop culture and drill. Very reminiscent of Lil Uzi Vert’s Xo tour life, Seki’s tender voice lassoes his feelings and fears into words and despite the airy auto-tuned vocals set over a catchy melody, this new single was written at a very low point of the artist’s life. Titled DIENAMYTE, Seki’s light-hearted and soothing voice contrastingly punctuates the song with morose lyrics depicting and unveiling his own intrinsic thoughts and bitter emotions to the audience.

The disturbing, bold and captivating video is meant to be received as a criticism of our present society where, according to the artist, social pressure and exclusion in the virtual and physical world are becoming increasingly more and more prevalent.

Directed by Asra Sajjad, the video recounts the tale of a young boy, Seki SuperVillain himself, who slowly gets persuaded to end his life in exchange for money online in front of his fans watching him live on “Only Fans”. In a very retro and VHS-esque style, the contrasting pink and lustful visuals serve to cater the seemingly ongoing dissonance taking place in the main protagonist’s mind torn between ending his life and attempting to be seen and noticed through the lenses of his computer camera.

Ultra-modern in its essence, the production is at the service of the story being unfolded with noticeable drill patterns that only add to the tension and help Seki convey his ethos appropriately to the public.

More than just visually pleasing, the video also unmutes the debate and conversation about gender role liberation in the industry as much as in the area whilst trying to appeal to a generation that also wants to be defined by who they are rather than what they are – and may that be in real life or virtually.

Stay tuned for Seki SuperVillian’s newest album in the next few weeks.