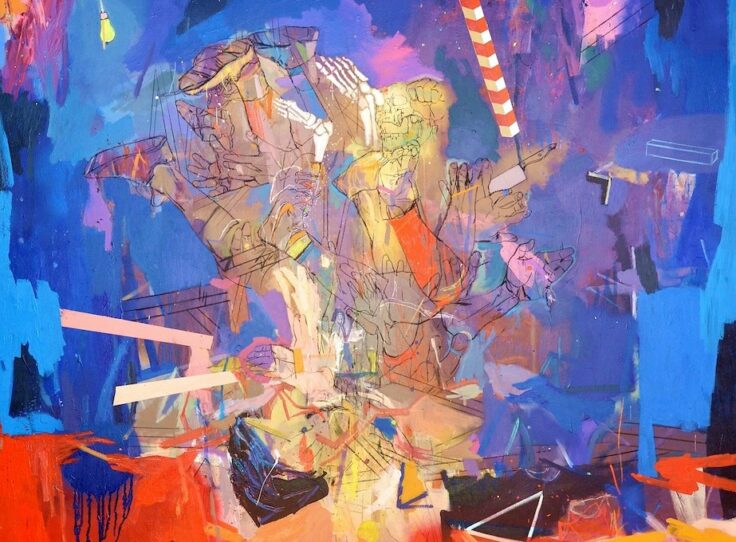 The Tunisian gallery is making waves in Paris

Few art patrons have shaped Tunis’ art scene like Selma Feriani. The gallerist founded her eponymous gallery in 2013 and has since impressively put the spotlight on the nation’s most talented artists and creatives.

This year, the gallery is taking on new heights. The Sidi Bou Said based institution is making its way to the Foire Internationale d’Art Contemporain (FIAC), the renowned contemporary art fair which has taken place in Paris since 1974, as part of the fair’s inaugural edition of its Online Viewing Rooms event.

“FIAC is an important fair for us and Paris is a buzzing city attracting collectors and institutions from around the world. Few of our artists are based in Paris so it’s a great opportunity to be present in FIAC and to present our program and the artists we represent,” Feriani says.

“FIAC Online Viewing Rooms is a great opportunity to reconnect with the fair and our European based collectors before we take part in the physical fair in October.” 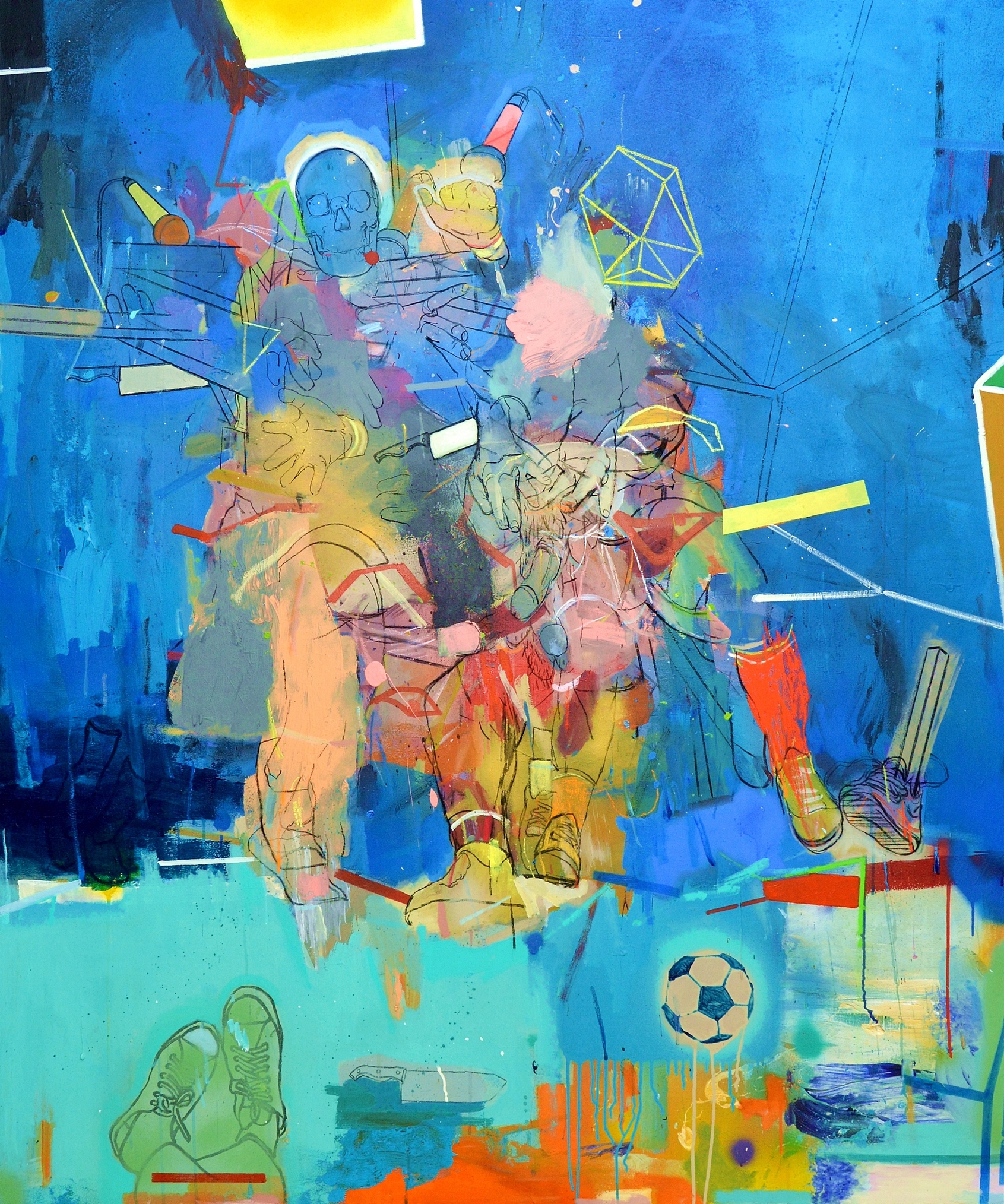 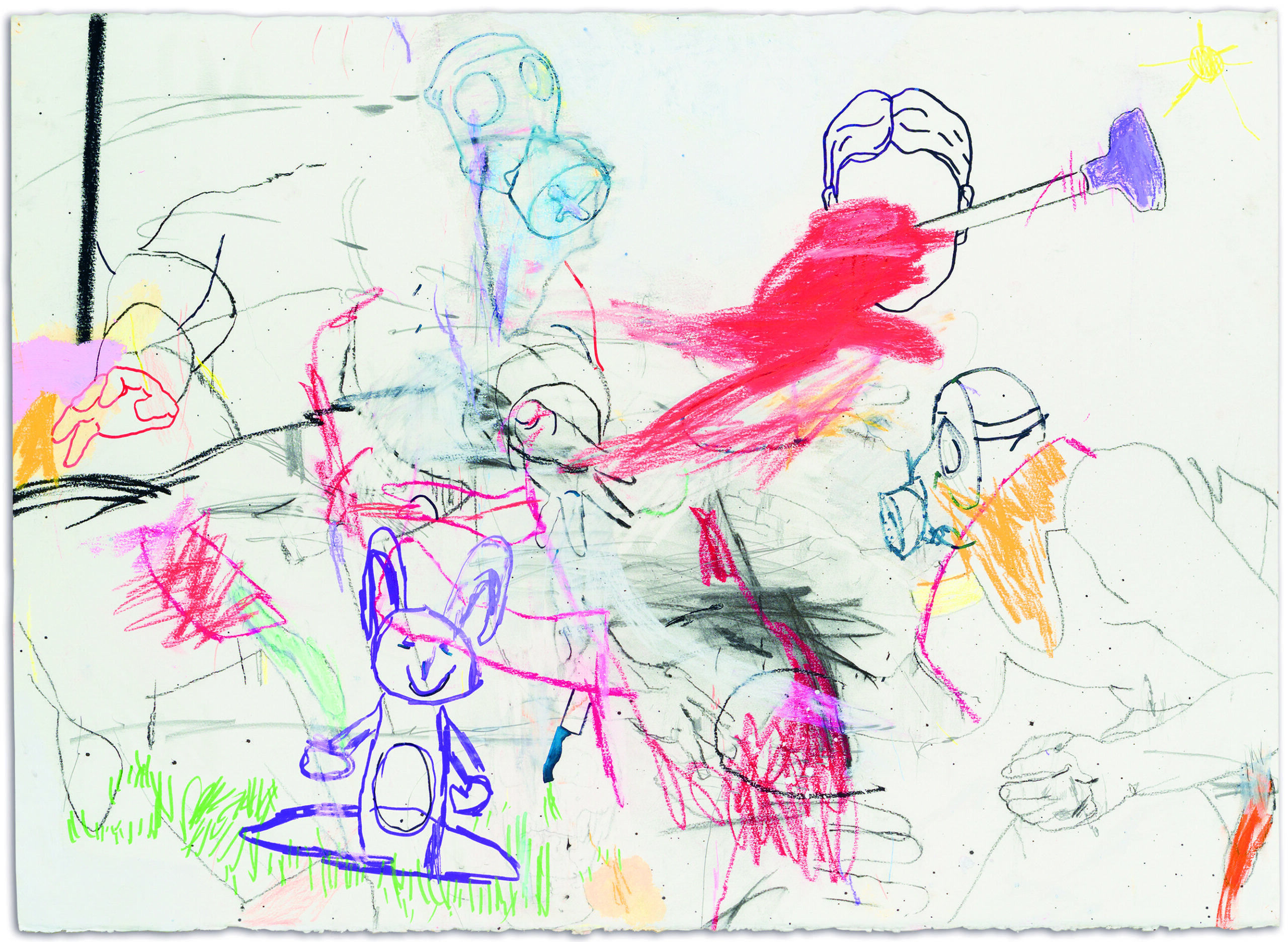 Mejri, who has several worldwide exhibitions under his belt, investigates parallels between ideas of violence, innocence, shame and masculinity.

Human figures act as a central element in his paintings merging chaos and movement with energetic colours. He uses blue and red as a representation of heaven and hell, in exploration of the idea of opposition.

Hailing from France are Massinissa Selmani’s minimal drawings. Having exhibited in major museums and institutions around Europe, the Algerian artist is known for his documentary approach and enigmatic scenes. 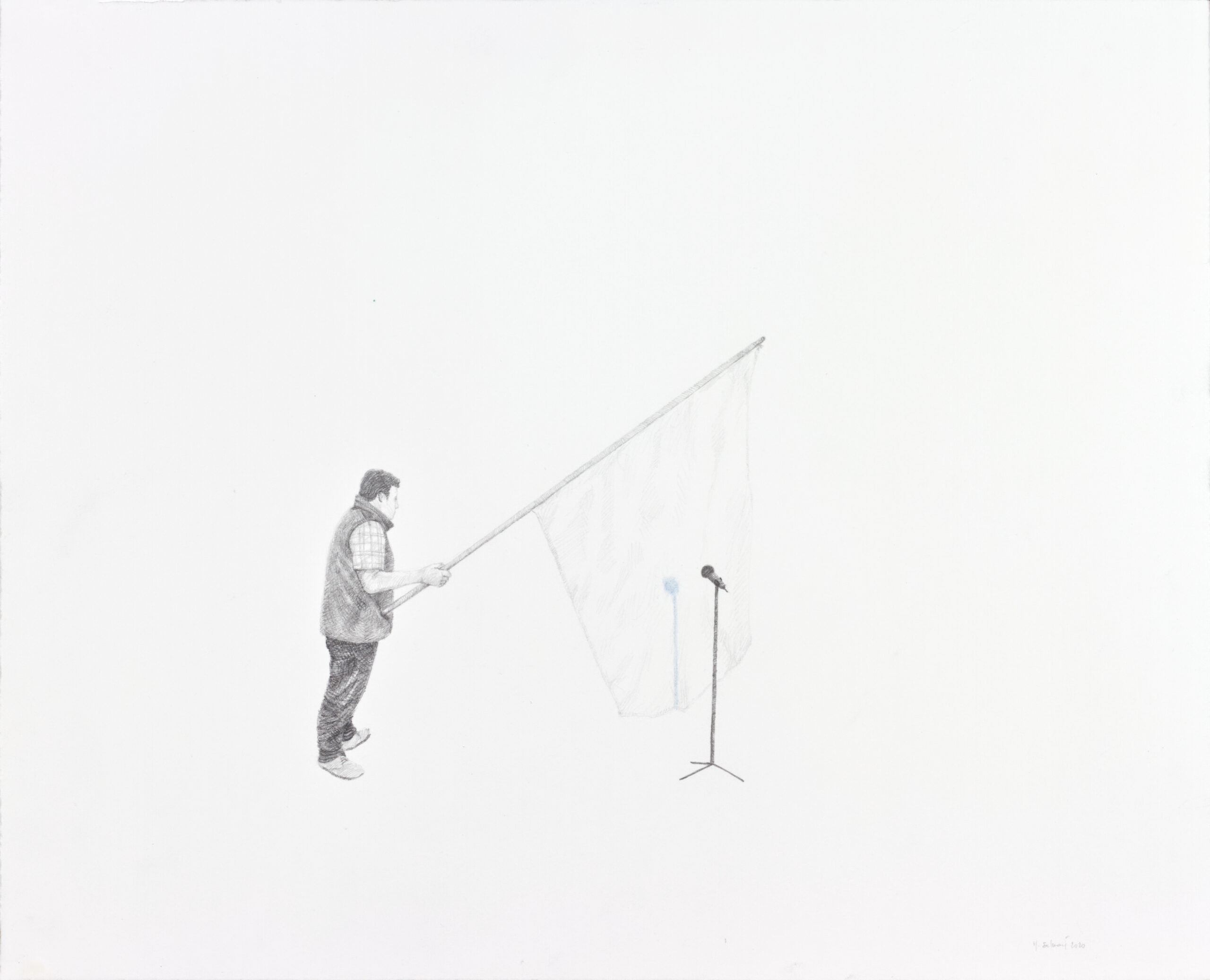 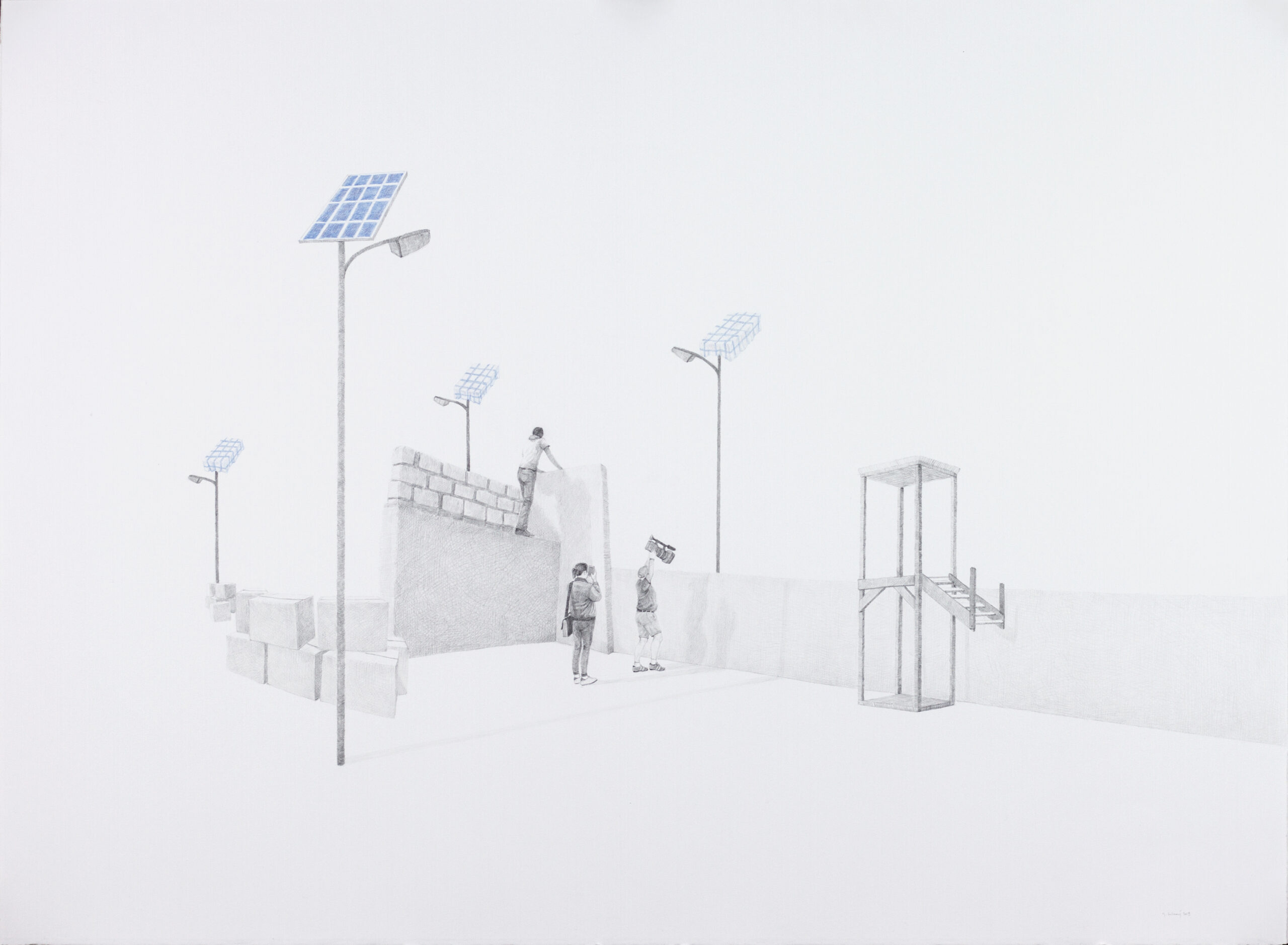 Selmani reinterprets fragments of photographs, isolating the subjects from the original context to give way to imagination and personal interpretation. His drawings are an extension of thought, allowing him to establish his own potential explanations.

Another outstanding artwork to see is ‘Anahita’. Swinburn’s sculpture is inspired and named after an Indo-Iranian cosmological figure representing the divinity of ‘the Waters’ associated with fertility, healing and wisdom.

To create the cape-like robust structure, the Chilean artist developed a technique of weaving together pages from archeological documentations of Persian-Roman floor mosaics, taken from the palace of Shapur I at Bishapur, Iran. 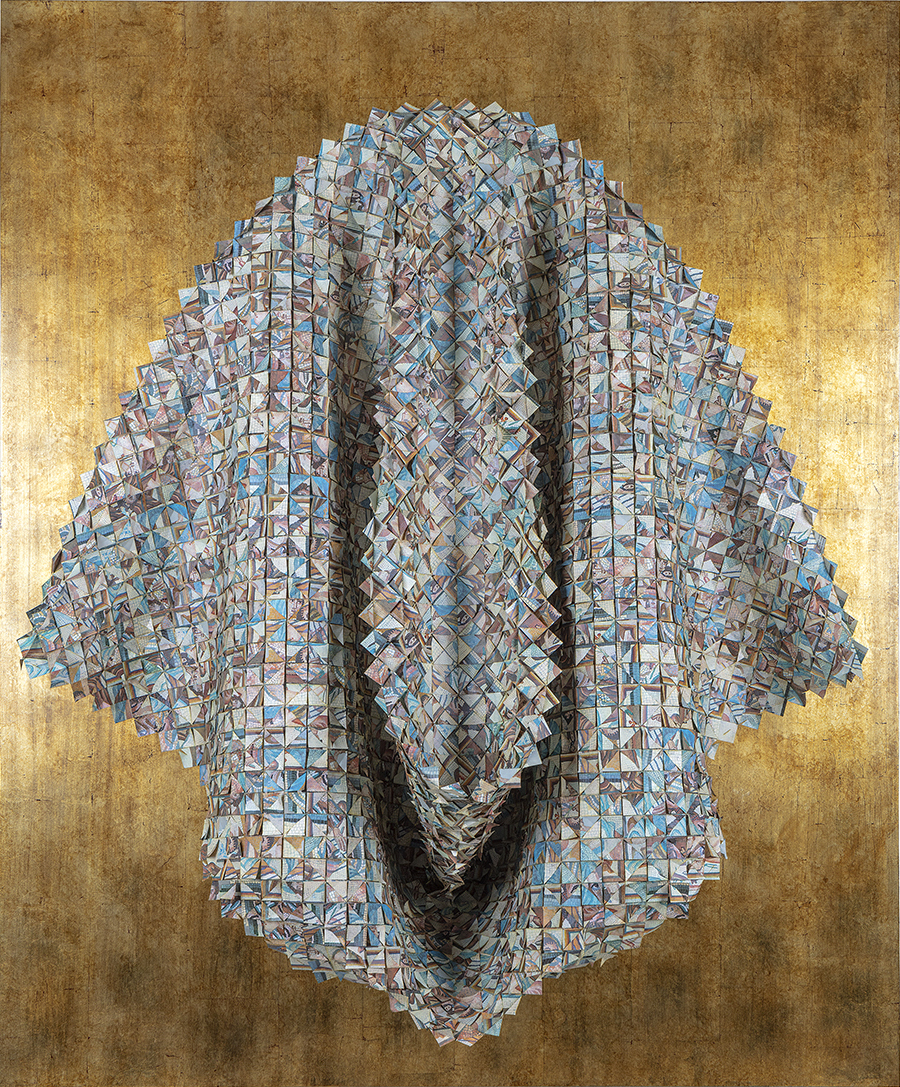 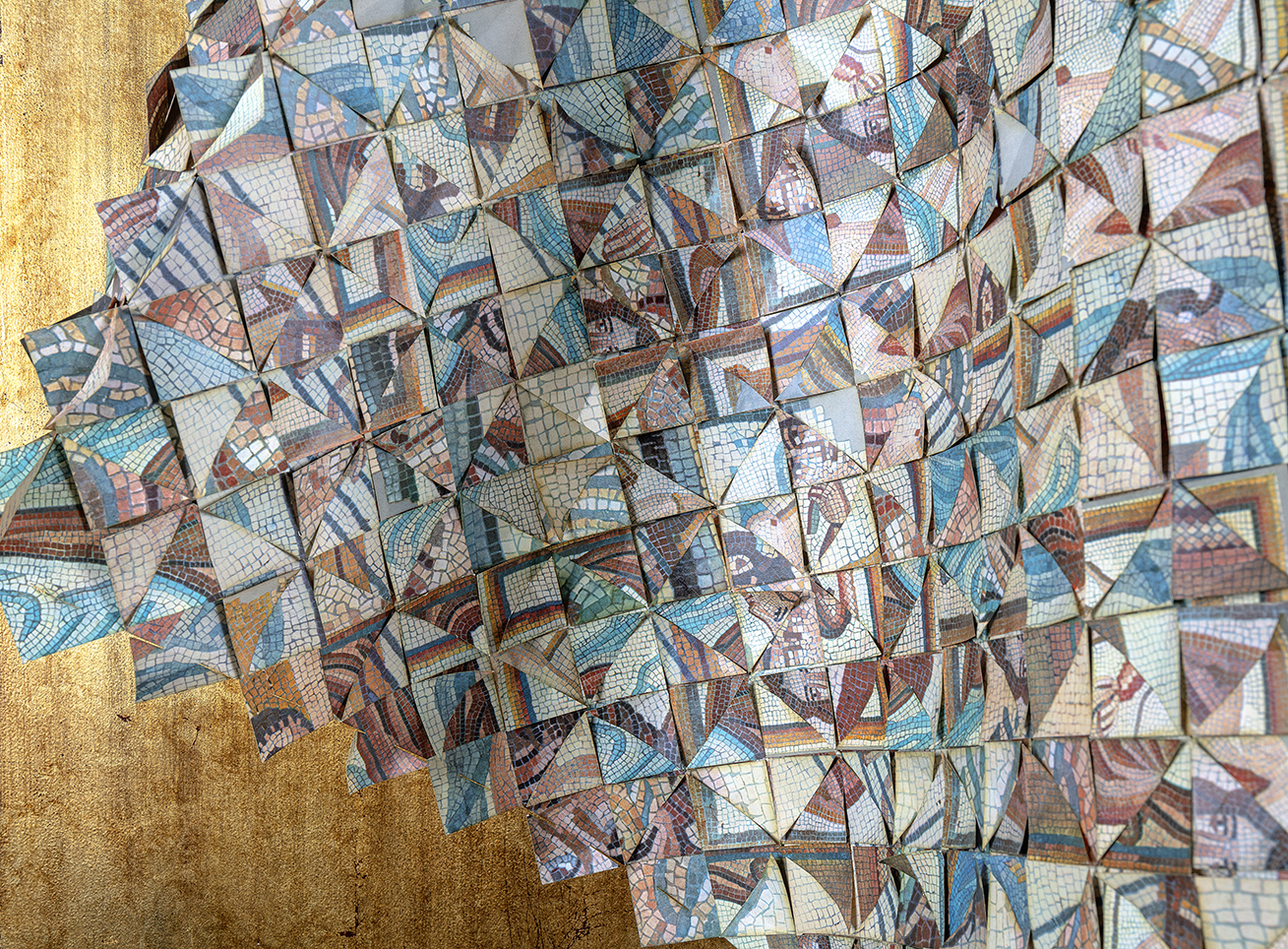 “My practice of weaving vintage documents, became a manifest of political disagreement by using documents of displaced patrimonial treasures. Regenerating these narratives articulates for me both a sense of urgency and a mode of resistance,” she says.

“These woven narratives are regarded as a substitution for a woman’s voice. Weaving can portray what words cannot say.”

The weaving pattern is inspired from the sacred ruins and old scaffold textiles used in the Andean cultures (from the Andes, a mountain range in South America). Through ‘Anahita’, Swinburn explores the geopolitical concept of displacement and the role textiles have played in the cultural exchanges between the West and indigeous people around the world.

“Textiles are eloquent expressions of women’s concern with cultural tradition and transmutation, and are considered fundamental to studies of gender, social identity, status, exchange and modernization,” she adds.

FIAC Online Viewing Rooms will run between 4 and 7 March.
fiac.viewingrooms.com