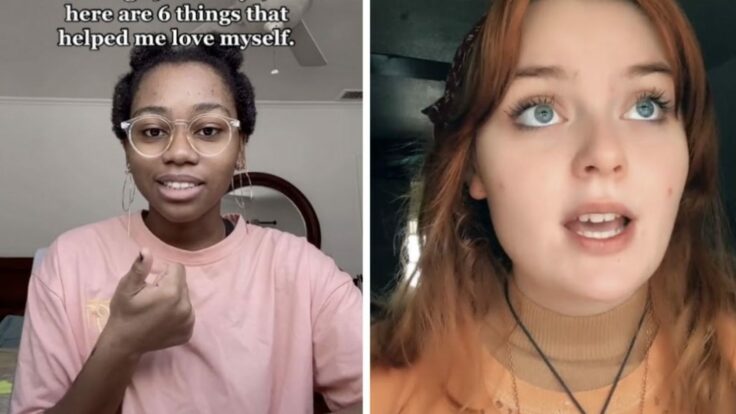 If you’re still avidly scrolling through Tiktok every day, you may or may not have noticed the dwindling number of manifestation related content. But that doesn’t mean spirituality is any less trendy on the social media app.

In between hilarious pranks, makeup tutorials and story times, you’re probably still seeing a fair share of ‘spiritual’ Tiktoks, with users immersing themselves into the worlds of crystals and tarot cards. But one thing for sure, the art of manifesting has taken a backseat. Enter: shadow work. The hashtag currently counts 204.5 million posts.

If we’re being honest, the practice’s rise only makes sense. In today’s world self-care continues to be a top priority for many. Think of shadow work as the ultimate self-care. The concept is simple: in analytical psychology, ‘the shadow’ is all the unconscious aspect of our personalities, ‘shadow work’ is to make one’s self aware of all that’s hidden beneath the surface.

And of the 204.5 million posts on Tiktok about shadow work, many take a stab at explaining how one can begin their shadow work journey, some delve into the concept of ‘past lives’, and others share their positive and negative experiences with the psychological practice.

But we’re here to get to the bottom of what shadow work really is. The idea of it is rooted in Swiss psychologist Carl Jung’s studies. Jung founded what is now dubbed ‘analytical psychology’ wherein ‘the shadow’ can be compared to the Freudian unconscious, Jungian’s understanding of ‘the shadow’ “includes everything outside the light of consciousness and may be positive or negative.” And according to him “one tends to reject or remain ignorant of the least desirable aspects of one’s personality, so the shadow is largely negative”.

If one were to take on doing shadow work à la Tiktok, it would look like this: writing a list of 20 things you hate about yourself as one video suggests, or writing an apology letter to yourself. The types of ‘shadow work’ are endless on the social media app. But the real question is? In a world where infographic-type content has risen to popularity, is this truly beneficial, or yet another watered-down concept that’ll see its demise as quickly as it grew into a trend?