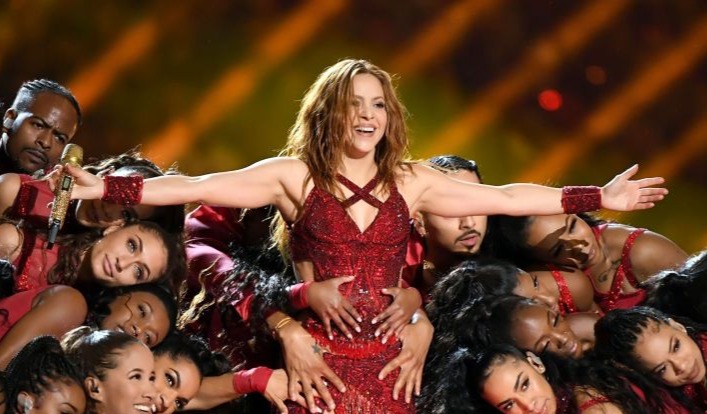 Shakira’s Super Bowl Zaghroota Fully Deserved to Be a Meme

We can all laugh about it

Let’s just admit it. Shakira doesn’t know how to do a proper zaghroota. The high-pitched ululation is a cherished Arab tradition.

To be fair, my judgment is only rooted in the countless festivities I’ve attended, where aunties let out what’s been described as a “strange cry” by those who aren’t familiar with the typically hypnotizing sound.

Shakira’s was objectively funny. Not just the sound she let out; the technique too. And to be frank, my zaghroota is probably just as humor-inducing as hers. But it’s funny to me because of my points of reference: my relatives and countrymen who have perfected the art of the zaghroota for ages. But even then, funny isn’t all that it is.

In a world where Arabs have lived in the shadows for so long, here we are finding ourselves casting judgement on Shakira’s brave zaghroota on one of the world’s biggest stages: the Super Bowl.

And that’s cool. Honestly, it is. For many people, it means a win in our fight towards representation. The same fight that saw praise attested to Rami Malek and Ramy Youssef following their recent accomplishments, particularly by other Arabs.

Rami Malek, now an Oscar winner, became an Arab success story, which goes to serve the agenda of those who have made it their mission to see Arabs succeed on a global scale, particularly in spaces where they’re often pigeonholed— Hollywood being one of them.

The same can be said for Ramy Youssef, who’s family let out zaghrootas as he walked up to the stage to accept his Golden Globe and blurted out a speech that included the words “Allahu Akbar”.

As I swiped through my Instagram stories following her Super Bowl performance, I realized Shakira did in the early 2000s what Rami Malek and Ramy Youssef are doing now. It’d be a reach to call her a champion of Arab representation. Not because it isn’t true, but in our contemporary lexicon, that would insinuate that back then, there was a fight for representation to be had.

The truth is, there wasn’t one. And even today, it’s difficult to predict whether it’s one that’s worth the exuberant energy we’re dedicating to it. Perhaps there’s a better way.

Rather than exasperating every ounce of energy to fight against the spaces we deem oppressive, that very same effort can be placed towards our process of cultural production.

So yes, Shakira’s zaghroota was a win towards Arab representation. But her zaghroota was also just really funny, too. In fact, it’s so funny that I wanna make a meme about it. A meme that’s distinctly Arab.