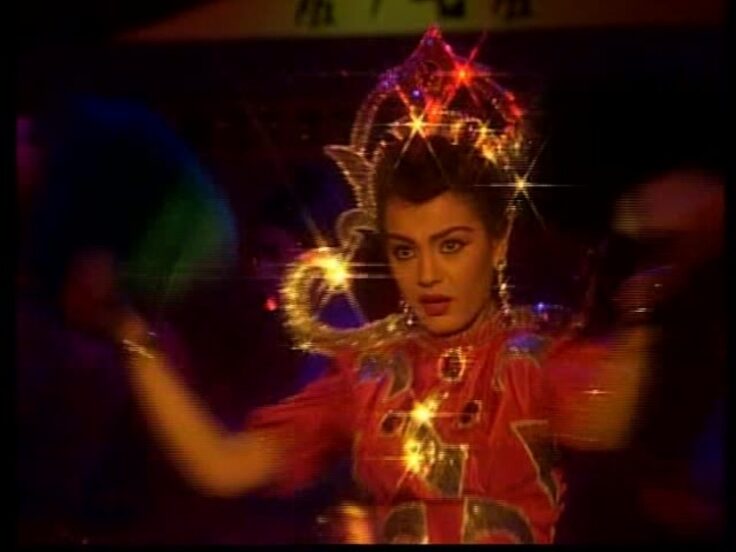 Sherihan Just Made a Major Comeback, and We’re Here For it

What are Fawazeer without Sherihan? The legendary Egyptian actress defined an era, becoming synonymous with one of the region’s most cherished Ramadan traditions. Two decades after the television show saw its end, Sherihan is back – and maybe, better than ever.

If you’re not familiar, Fawazeer literally translates to ‘riddles’ from Arabic. It’s inarguably one of Ramadan’s most treasured memories, with the concept seeing its beginnings on Egyptian radios in the 1960s, before transitioning to the silver screen.

It didn’t take long before Fawazeer shared the same level of importance as the shared meals that on iftar tables—with the 10-minute-long variety shows becoming a Ramadan staple in every household. Each episode’s riddle became a family activity, a mission for those gathered around the television to solve.

The variety show, with its sketches and dance numbers, reigned Arab pop culture for the decades it ran. It was only natural for Sherihan, who presented starting 1985, to become a household name, an icon even.

But it’s been well over two decades since the show lived anywhere but YouTube links uploaded by nostalgic fans. Until now. Sherihan just made a comeback, returning to our screens as the star Vodafone Egypt advertisement—reliving her most iconic Fawazeer moments, and trailing her life.

There was her first ‘One Thousand and One Nights’ performance that marked the beginning of her Fawazeer career, a tragic car accident she endured, and a portrayal of her struggles as she underwent cancer treatments in the four minute ad.

In it, the veteran actress wore a fitting bespoke Zuhair Murad gown, reminiscent of her iconic Fawazeer looks.

“After more than 20 years @sherihanofficial makes an impressive comeback with an ad for @vodafoneegypt that leaves a strong impression and takes the social media by storm,” wrote Murad on Instagram. “The star is wearing custom made @zuhairmuradofficial. The ad portrays her resilience in a journey that was filled with ups and downs,” he continued.

To celebrate Sherihan further, we round up some of her best work, from Fawazeer episodes to our favourite songs and films starring the icon.