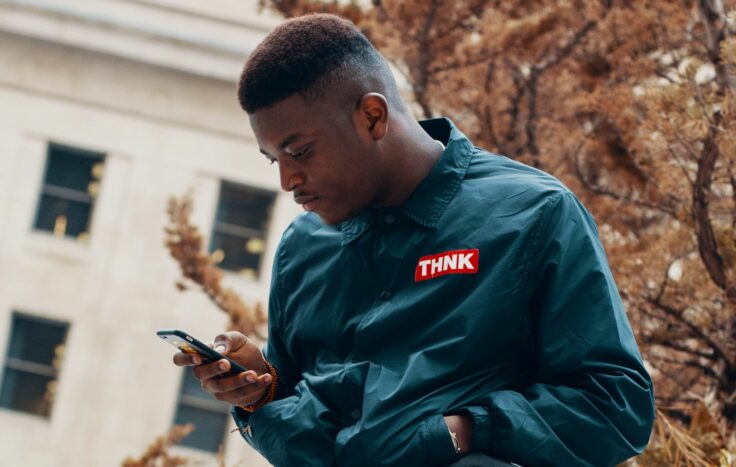 Would You Give Up Your Smartphone Forever?

We asked around and the answers are pretty surprising

Gone are the days where standing on the street was the only way to hail a taxi. Hungry? A plethora of food delivery apps exist to satisfy your every craving in half an hour’s time.

In today’s world, there’s an app for practically everything and social media is virtually our primary form of human interaction. Needless to say, thirteen years since the release of the first iPhone, smartphones have become indispensable for most, and a dangerous tool for many.

And as the years go on, their use continues to stagger, despite countless expert attempts to spark public concern about the other, more sinister, face of the tech world; a dark side that was acutely exposed in Netflix’s latest documentary, The Social Dilemma.

If you’ve ever wondered how social media companies use your data, The Social Dilemma has given its audience the answer: it’s used to keep you engaged for as long as humanely possible. Think of social media as an endless echo chamber, where one’s already-existing interests are constantly reinforced. That’s the key to keeping users engaged, and thus, where tech companies’ profit lies— and if that means societal divisions are deepened, then so be it.

But what if there was a way out? A new tech start-up founded by two ex-Apple alumni, Light, has unveiled a phone that’s designed to be used as little as possible. Yes, that means a totally feed-less phone that they’ve dubbed it ‘your phone away from phone’. On it, you can only make calls, send text messages, set an alarm, listen to music or podcasts, and use a calculator. But would Millennials and Gen Z even consider abandoning their app stores to use it? We asked them to find out.

Mohammed, 27, Egypt
I’d give this a try if I didn’t have a job that didn’t require me to access the internet whenever I needed to. Otherwise I would. I already have a superficial relationship with social media; I use it to keep up the NBA and sometimes to speak to some friends or family.

Jihen, 21, Tunisia
I would definitely use something like the Light phone because I’m actually trying to limit using social media on my phone. It no longer has any social media apps as I noticed how much it distracts me during the day. Having to check social media on my desktop is not as practical as the apps so I don’t spend much time on them now. But I wouldn’t give up on social media completely as I learn so much from following accounts that have to do with the industry I work in, or subjects I have interest in.

Amani, 25, Morocco
I’d love to give up phones completely and go completely off the grid. So, there’s no question about the fact that I’d use a phone like the Light. I’d even use a 90s Nokia at this point. I’ve come to a point where I really despise social media because it’s the perfect environment for you to compare your life to others every day rather than enjoying your own.

Maha, 35, Jeddah
I’d use this phone if they added Google Maps. I can’t go anywhere without it.

Alya, 18, UAE
I don’t really see the point in giving up social media so I wouldn’t use this phone unless I was forced to. We already have restrictions here in the UAE on video chatting, so social media is kind of the only way I get to see what my friends are up to.