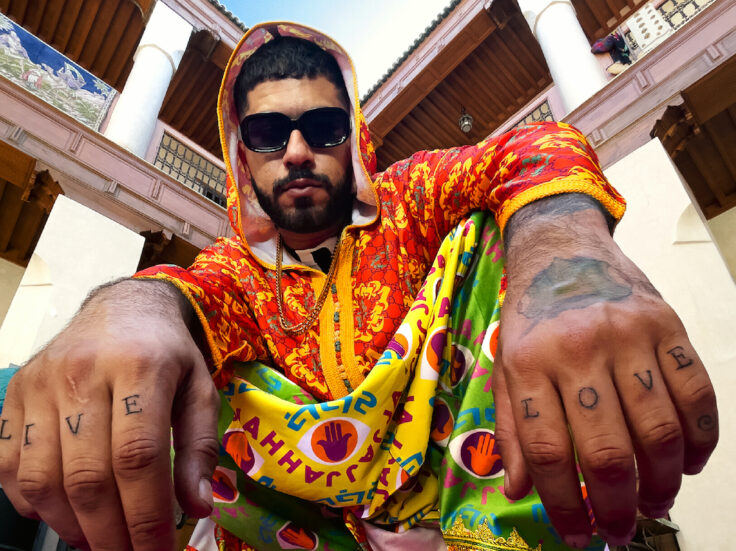 There’s no place like home, according to organizers of Sole DXB. Following a host of successful events that centered around subcultures of far flung locales like Japan, Jamaica, and South Africa, this year, the region’s premiere streetwear and music festival has decided to celebrate the Middle East and North Africa for its milestone 10th anniversary.

Set to take place from Dec. 9 to 11, following a two-year-long pandemic-induced hiatus, the forthcoming 2022 edition of Sole DXB will take place in Dubai Design District (d3), as it has been for the last couple of years. The first of its kind in the region, the Dubai-based festival features multiformat programming that includes live music performances, DJ sets, film screenings, talks, workshops, and sports competitions over the course of three nights and two days.

This summer, the North African country played host to the Sole DXB team, who jetted off to Morocco to learn and draw inspiration from the culture, and connect with creators and creatives. This culminated in a partnership with Hajjaj, who is collaborating with Sole DXB this year as its first festival host.

Speaking of the collaboration, Hajjaj said: “Having moved early in my life from Morocco to London, I quickly had to learn that home must often be a state of mind. It’s our story, our traditions, our shared values, and the people we surround ourselves with. I believe in our youth and the next generation of creators that are showing us that we aren’t just consumers of the culture, but are actively contributing to it. My work this year with Sole DXB was to build a space that was a reflection of those shared values. The Arab world is not a monolith. It’s a collection of diverse people with a shared heritage. Our contributions to the world have changed the course of history and we’re here to show that we aren’t out of ideas.”

While details about this year’s musical lineup have yet to be announced, we can expect artists from all over the Arab world. Past billing included everyone from Nas and Wu-Tang Clan to Stormzy and Skepta, so, if previous events are any indication, you don’t want to miss it. 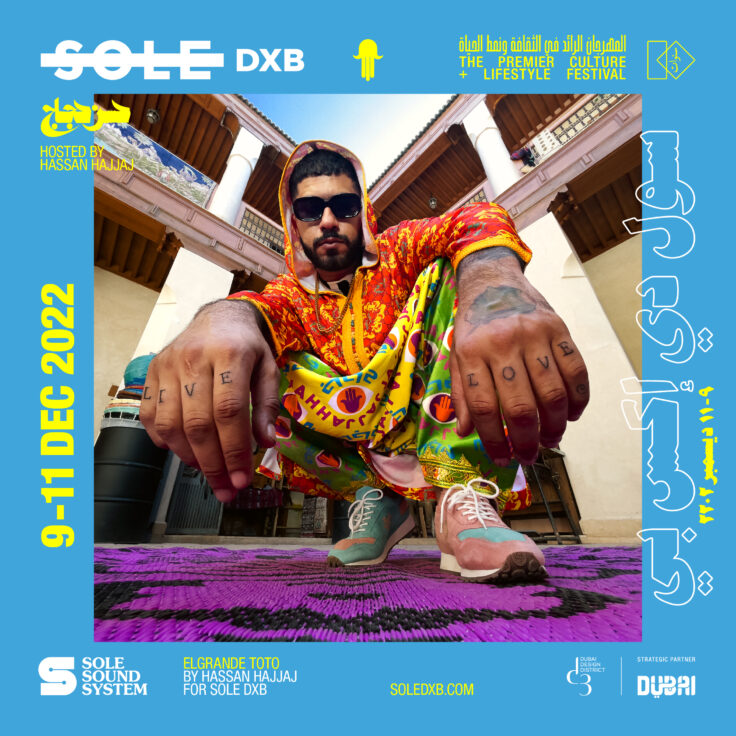 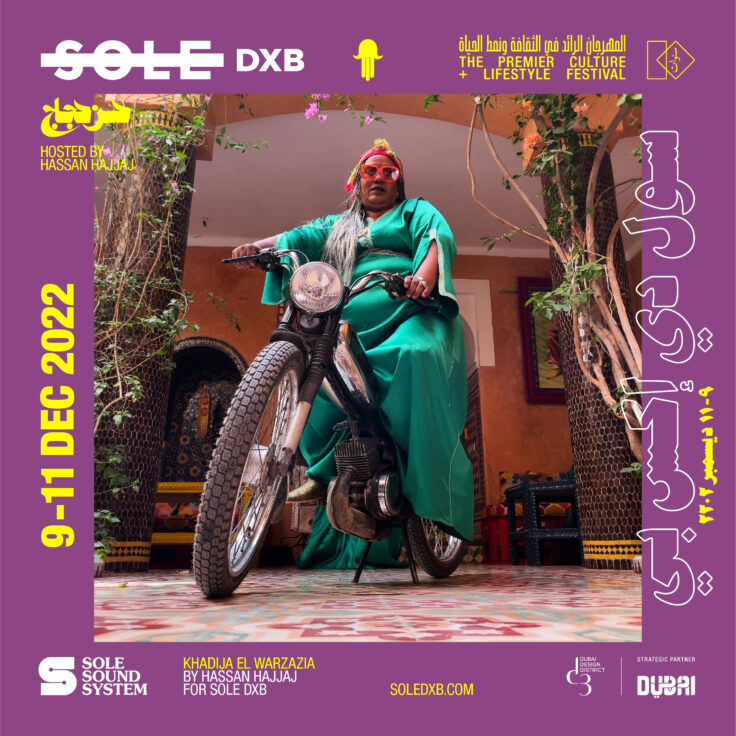