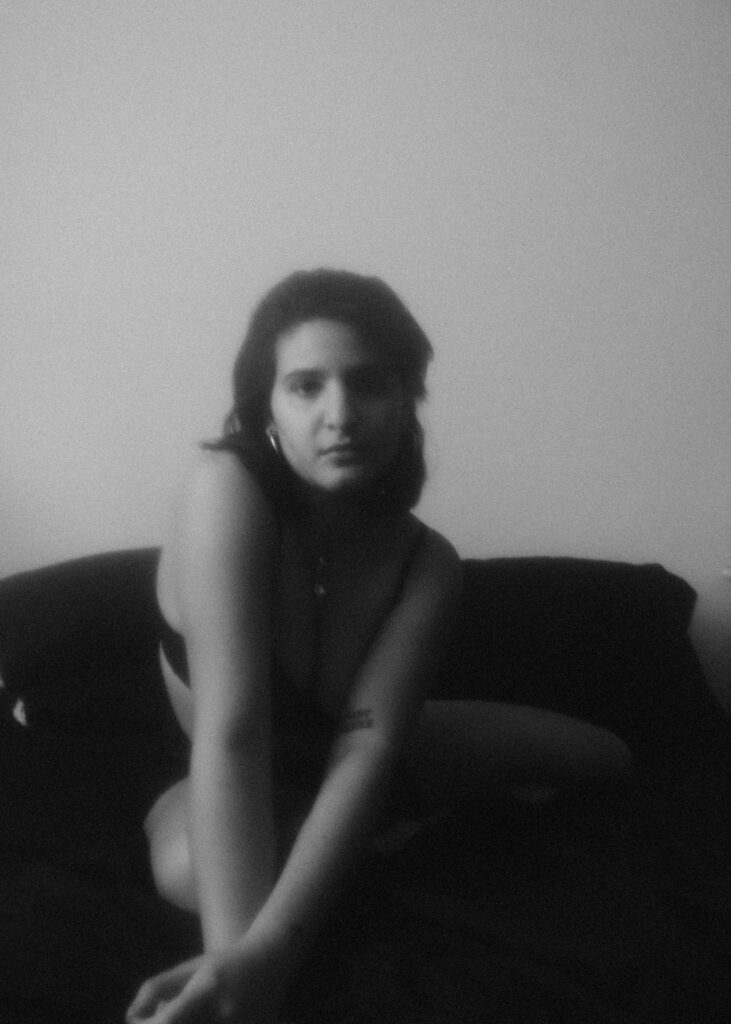 Soukayna is Fighting the Stigma of Mental Illness Through Writing

“It was my way of closing a very dark and traumatic book”, says 25-year-old Montreal-raised Moroccan writer Soukayna, referring to the process of writing ‘WORDS’, her first self-published book comprised of a collection of texts she has written in the last five years.

Published in April 2018 (a second edition will be available in September), ‘WORDS’ came about at the completion of her 10-year battle with mental health.

Journaling ever since she was a child, Soukayna quickly realised that writing was the most important force in her life, and a medium through which she achieved a profound sense of self-expression. She recalls immigrating to Canada from Rabat at the age of five as “a very traumatic event”. Her and her parents moved to Montreal during the winter and the Canadian “dream” severely turned sour at home. “My father got into a deep depression and became abusive and my mother had to work for all of us and deal with her husband, which meant that I didn’t have anyone to turn to and that’s when there was writing”, she explains.

Despite her young age, Soukayna has gone through dark times and addiction to the extent that she sometimes didn’t think she’d make it out alive. Also identifying as queer, she has been constantly suffering in silence. It’s no secret that Arab communities tend to be collectivist and so, exposure is often a great fear.

“All the themes in my book are topics that I have experienced myself, and obviously if we go back to the whole “what will the neighbour think” mentality I was afraid of what not only my mother would think, but my family and the Moroccan community would think too”, she confesses.

In these moments of pain and solitude, writing wasn’t only a medicine and refuge; it became a “sort of coping mechanism”, as she puts it. Although she’s since offered a copy of her book to her grandfather, and gradually learned to be genuine and transparent with people who have always supported her, she has still blocked most of her family on social media since releasing ‘WORDS’ for the sake of her mental health.

Inspired by Algerian writer Assia Djebar, Soukayna has found the power to fight the stigma around her experience with mental health as an Arab woman, through the English language. “Assia Djebar has made comments on how she felt emancipated when she was writing in French, because although it was the tongue of her oppressor the detachment from her native tongue allowed her to feel more comfortable with subjects that were considered taboo”, she says before adding, “English has given me access to a plethora of references and definitions that I didn’t feel I could approach as brutally as I would in French”.

But it took Soukayna time to find her voice in this male-dominated and male-centric field. “I was always jealous of how easy it was for them to talk about such ugly subjects and yet be seen as beautiful geniuses. I, on the other hand, was always trying to write pretty, in metaphors and with a hint of mystery”, she says. Funnily enough, she thanks her abusive, toxic ex for helping her surmount sexist obstacles. “When I complained to him about the lack of women in literature who talked about heavy subjects in a raw and ugly way he said that it was up to me to become that writer”, she continues.

Having written her way to wellness, she hopes that her raw, realist writing will encourage people to be more vulnerable and acknowledge that ugliness can be beautiful—especially those living in countries where simply addressing these topics can become humiliating and violent. “If I can be an example for anyone that things do get better, then I will be in the humblest way”.