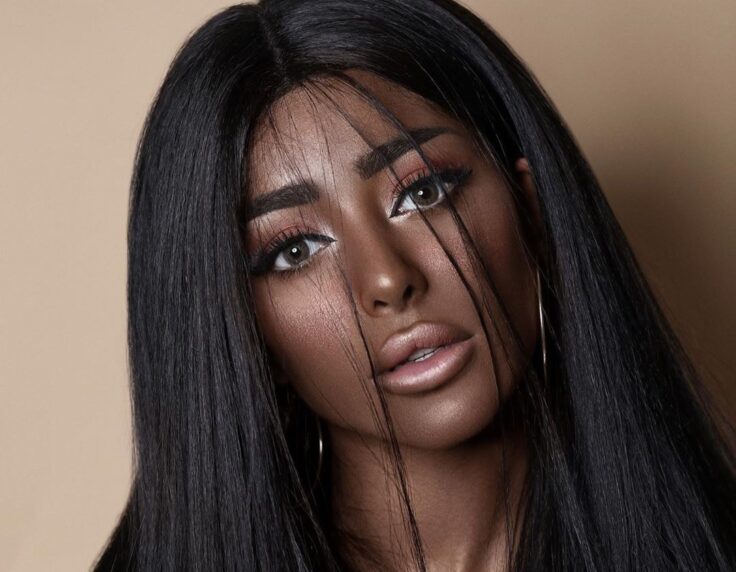 “I am not racist”

Sadly Blackface seems to have reared its ugly head in the Arab world. Last year, Lebanese pop star Myriam Fares painted her skin darker for a music video, and now Kuwaiti influencer and makeup artist Ghadeer Sultan has been up to the same tricks.

For the new year, Sultan posted a video on her page with U.S.A for Africa’s song ‘We Are the World’ playing in the background. “No matter where you are from or what you believe in, we are all children of this world,” Sultan wrote in her caption. “Beauty comes in all shapes and colours, so let’s love each other and celebrate our unity,” she continued.

The message, a universally positive one, was accompanied with a video of her in blackface and in wigs with various hair textures.

The post garnered tens of thousands of likes, but the comments painted a very different picture. “This is the most offensive thing I’ve ever seen. You can portray togetherness without disrespecting an entire culture.”

Sultan followed up with another post hours later with a photo of herself, once again in blackface. “I am not racist,” she wrote alongside it. “I hate racism,” she continued. “What I’ve done is only to show what I am capable of…”

This isn’t the first time an Arab public figure has sported blackface, and it’s not just Myriam Fares. This is especially rampant in Kuwait. Last year, a Kuwaiti TV channel aired a series in which an episode was entirely dedicated to negative portrayals of Sudanese people, with Sudanese people played by non-black Arabs in blackface.

Egypt has also had a similar incident with the series, ‘Azmi and Ashgan’ which featured one of its lead characters in blackface when playing the role of a thief.

Seeing as both shows associated blackness with negative characteristics, the practice of blackface saw the television channels behind them at the receiving end of immediate scrutiny. Sultan’s message however, being one of ‘unity’, saw many at Sultan’s defence.

“She keeps getting messages of encouragement,” one user noted. “This post is ignorant yet lots of people don’t’ understand what it means”